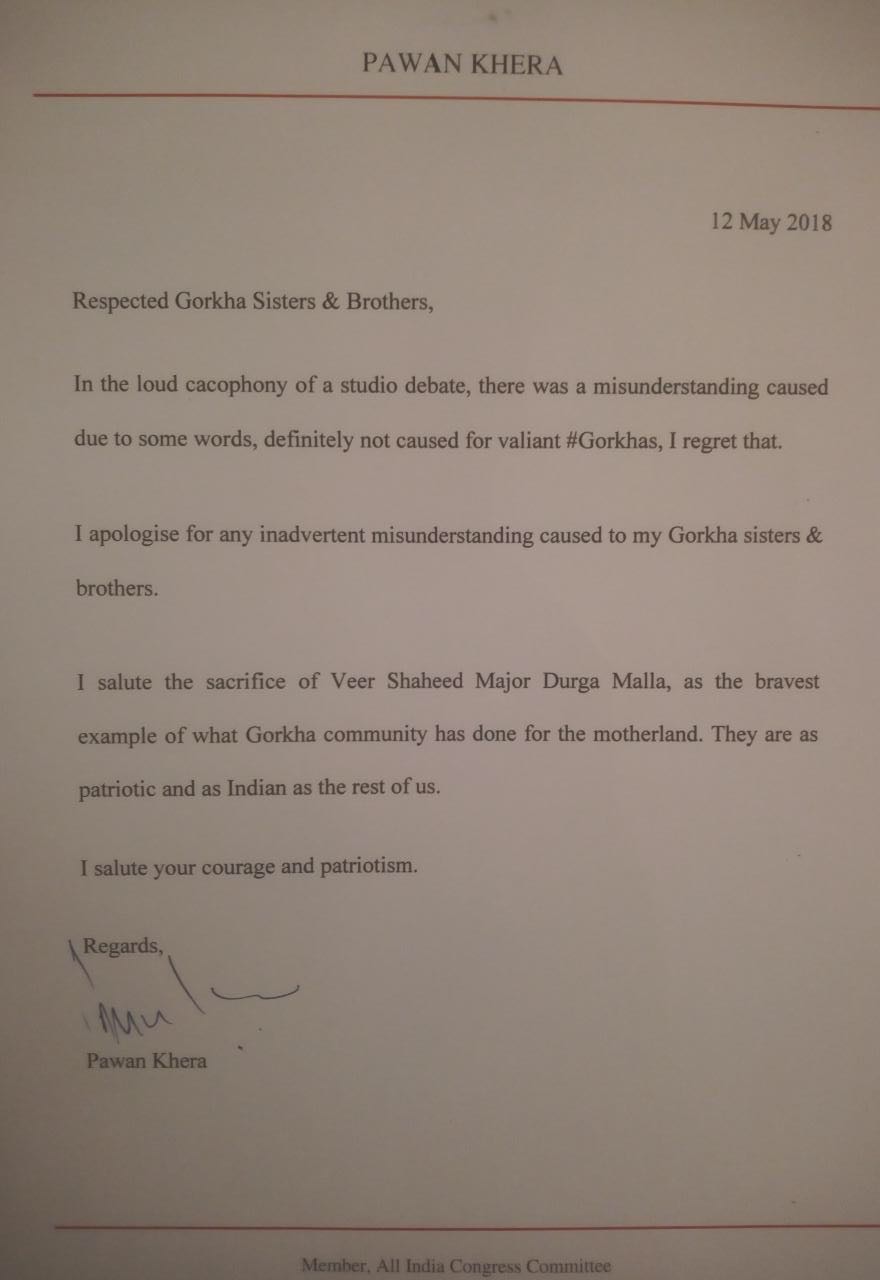 Recently during a TV debate, Congress Leader Pawan Khera had gone on to make a shocking comment on the Gorkhas calling them separatists and anti nationals.

The comment didn’t go very well with the Gorkhas and thus Pawan Khera had received a huge backlash on twitter over the issue. Following the incident, he had issued a tweet where he had apologised over his comment.

Mr. Khera has today issued a formal written apology in over the issue where he writes,

In the loud cacophony of the studio debate, there was a misunderstanding caused due to some words, definitely not caused for valiant Gorkhas, I regret that.

I apologize for any inadvertent misunderstanding caused to my Gorkha sisters and brothers.

I salute the sacrifice of Veer Shaheed Major Durga Malla, as the bravest example of what Gorkha Community has done for the motherland. They are patriotic and as Indians as the rest of us.

I salute your courage and patriotism.”

Where we believe that as humans we do make mistakes, we also believe that owning up our mistake is the first thing we can do to make things right. We appreciate Mr. Khera for admitting his mistake and coming up to apologize for the same. We believe that our Gorkha Brothers and sisters will forgive him, as we have always had hearts bigger anything else.