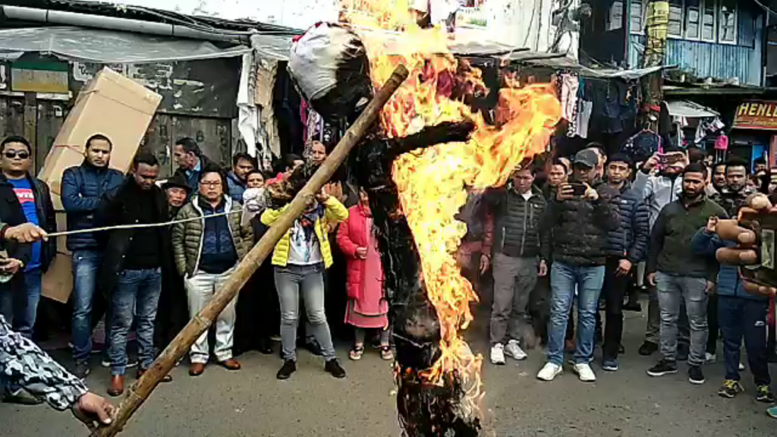 
In 2014 I had written about the possibility of  BJP trying to sabotage the Gorkhaland issue if they see any chances of coming to power in West Bengal.

The recent statement by SS Ahluwalia, the incumbent MP from Darjeeling and his ‘born in Nepal’ jibe against his political opponent is only a reflection of his mindset towards the community. The senior BJP leader’s statement also goes on to show how serious the BJP is regarding the Gorkhaland issue and their outlook towards the Gorkha community. As always, anyone can throw the ‘Born in Nepal’ jibe to the Gorkhas for any disagreement, be it political or even otherwise.

All so much just for electing senior, experienced, and eminent leader to represent Darjeeling in the Parliament and push forward the Gorkhaland cause. His experience was supposed to help us present the Gorkhaland crisis in a better manner, not to turn back on the same people and community that has elected him.

Time and again, our fellow citizens, right from the  street vendor to Union Ministers has thrown the ‘Nepali’  jibe to Gorkhas to suit their agenda. S.S. Ahluwalia who claimed himself to be  a ‘Punjabi Gorkha’ speaks the same language despite having been elected by the Gorkhas to the Parliament.  It’s understood when the people in other states apart from Bengal question us “Where are you from , Nepal?” as they do not know about Indian Gorkhas history, Geography, and Culture and mix up our cultural resemblance with Nepal, Bhutan and Sikkim.

Having lost the trust of the people of Darjeeling, the next possible move for BJP in the hills would be to get Bimal Gurung arrested to please Mamata Banerjee and play the Gorkhaland card against us during the next West Bengal assembly elections. In the past, Ahluwalia has made statement that he is in touch with Bimal Gurung and will ensure his safety. One can only wondering why Bimal Gurung, who is supported by Ministers and such tall leaders is still unable to find his way back home, despite the court passing orders against arresting him.

The political opportunism is clear and evident with all that has happened after the 2017 agitation. The MP did not even visit Darjeeling once during the 104 days shutdown, not even when 13 people were killed by the state forces. Neither did SS Ahluwalia delivered on any of the development promises he made – Central University, Union Territory, Tea Garden wages, Sainik school, and even talks about a separate ministry for Tea. All we heard were some rumours here and there through media, but nothing happened on the ground.

I do not support Binay Tamang nor who are talking on the agenda of “Son of Soil” , but only sharing my personal views on BJP’s stand on Gorkhaland and Darjeeling, which I don’t think is any different from that if and about CPI(M), TMC, or any other big political party.

People from Darjeeling hill must understand that the Parliament is the only way to take forward our Gorkhaland cause. We don’t need big leaders, but sincere ones who will actually work for the development of the Hills and people.