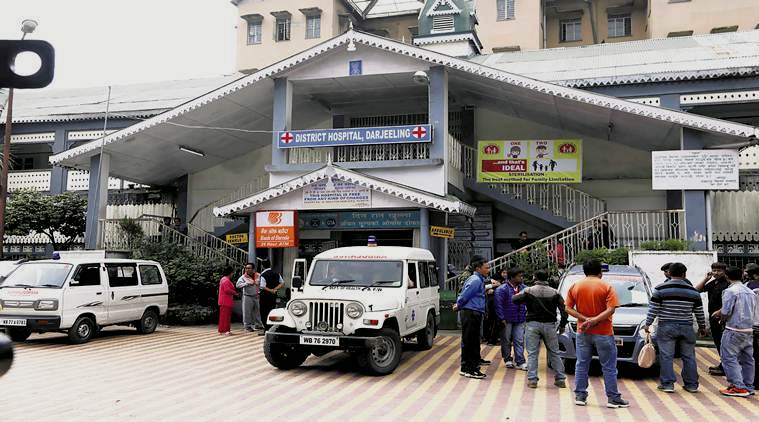 
On the 18th of December, Himali Darpan, Darjeeling’s local daily newspaper ran a story on the thriving black-marketing and unlawful selling of Dialyzers and medicines at Darjeeling District Hospital. It is alleged that the hospital is charging patients for dialysis services, while the supplies are smuggled out to Siliguri and sold to private hospitals that charge high amount for the same services which the government has made free for public. Allegations have also surfaced that these PPP centers are being run by untrained personnel, who don’t have any medical knowledge.

The diagnostic and dialysis services at the government-run Darjeeling District Hospital is free under the public-private partnership (PPP) model and the entire cost is borne by the government. Announcing the service on March 31, 2018, the WB Health Minister Pratap Jena had stated “For all patients, the service will be free and the government will bear its entire cost. So, there is no question of exploitation by the private parties.”

However, like in most such complaints, the issue was wrapped under the carpet in no time. Health is a major public concern and the issue seemed alarming to in so many levels:

At the outset, it is ethically, morally, and legally wrong on the part of the hospital management and the PPP partners to allow the sale of free services meant for the economically marginalized and needy, in return for some monetary profits.

Second, such actions mean denying the right to live for the poor people who visit Government Hospitals. As most of us already know the horrors of visiting government hospitals, people who still visit there are mostly the poor and needy for whom the government provided services and subsidies is the only option left for seeking proper medical care and treatment.

Third, if the allegations of untrained professionals being hired as lab technician is true, the bigger worry is how efficiently an uncertified technician can perform duty in the medical care domain where the risk of contamination and infections always remain high. Or even, how many people already could have been infected with Hepatitis and other diseases if the necessary level of hygiene and standards are not maintained.

Lastly, this brings us to question, if such incidents are happening in all hospitals under the PPP model across Bengal or is it only in Darjeeling that such malpractices are tolerated without seeking any accountability from the hospital management and authorities?

This is not the first case of lapse or complain coming out from Darjeeling. Most cases fail to make an impact beyond the newspapers and website perhaps because people have learned to accept unfair treatments and are striving hard to become living examples of tolerance in the face of gross injustice, even when there is a clear threat to their health and lives.

Very recently, one of our readers who is a former employee at the Darjeeling District Hospital reached out to us and revealed the gory details of the trade. After speaking to him, we felt duty bound to investigate the issue to understand if the allegations are true and what actions has the hospital taken after the incidents came out in the public. And more specifically, what have they done to prevent such untoward incidents in the future.

According to the source “dialysis equipment meant for the hospital are smuggled out to Siliguri and sold to private hospitals at exorbitant prices. Patients at the Darjeeling District Hospital are forced to pay to avail the free services and treatments, which is rightfully theirs in the first place.”

“You don’t have to trust my word for it; you can find out yourself if you just visit the hospital and meet the patient relatives outside the different units. Not just dialysis, you can find different stories in different units there. Equipment are reused without proper sanitization, single-use tools that are supposed to be discarded after one use were being reused on different patients, medicines are sold at exorbitant prices, and what not.” He adds.

In another startling revelation, he adds “when working at the hospital, I noticed that many lab technicians working there did not have the necessary certifications and training for their jobs, and even lacked basic knowledge of their duty or the diseases they were treating.”

At this point, we intervened and asked what did he do to help the situation or did he bring the issue to the notice of hospital management?

The response was even more startling this time. He says “I along with some other staff members protested against this and took the matter with the higher management in the hospital. We even met the Superintendent and higher authorities of the hospital. Some of us lost our jobs for doing so, while others were transferred to different locations. As a trained and certified professional recruited under the state government, I was posted to another hospital in Siliguri. But, when I went to report for my new posting, I was not allowed to even enter the premise of the hospital.”

He adds “People who come to Darjeeling District Hospital for treatment are mostly from the poorest section of the society. They are usually people who do not really have any money or means to continue their treatment.

The free diagnostics and treatments at Government hospitals are meant for the poor patients who do not have any money or means to continue their treatment in private hospitals. But, even here the staff deny free diagnostics services like dialyzers to needy patients, citing reasons that they have run out of stock for the equipment. The same equipment and services are automatically in stock when the patient pays up the fees as asked by the hospital staff.

The Chain of Calls

Who is responsible? The hospital administration, the PPP partner company, or some unscrupulous employees working in the hospital? With the news report and allegations, we have received, we set out on a mission to find some answers and a follow-up to the issue.

First, we called up an employee at the hospital to enquire about the incidents and to know his version of the story. He denied all the allegations and went on to add that a few new employees had tried to raise an unnecessary issue few weeks ago (during the time when the report was published by Himali Darpan). He added it was not a huge issue and was resolved after the hospital let go those complaining employees.

When we asked about the allegations of untrained staff working at the hospital, and requested if he could share his credentials and training institute details, he outrightly denied the request. What left us wondering about the call was what prompted the management to lay off employees because they complained about some malpractices happening in the hospital.

In a logical world, there would have been internal investigations after the newspaper published the story, and the hospital would also come out with a clarification on it. There was no public denial of the allegations, but few employees were fired after they raised the complaint.

We called up the Chief Medical Officer (CMO) who guided us to the Superintendent, Mr Pradhan, who would have information relating to the case. We called up Mr Pradhan who outrightly stated “I don’t know anything about the case. I am now in Kolkata” and pointed us to one Mr Kumar.

Mr Kumar denied any knowledge of the case.

By the time this report was filed, we have been asked to call back after 12:00 PM today so Mr Kumar could guide us to the right person for more information.