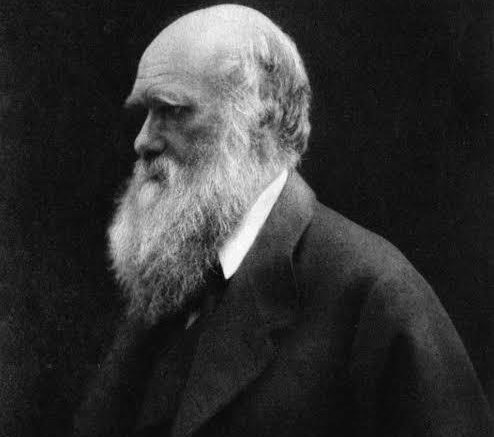 On the 210th Birth Anniversary of Charles Robert Darwin


It was Monday morning, the second period’s school-bell made me alert to reshuffle the class. After looking at the settled lesson-plan for a week, I entered the classroom with new zeal and confidence to won the battle of understanding among fifty different heads of standard ten.

Introduction of chapter begun as “Darwin Theory and Evolution.” Suddenly, one student drawn my attention with the most common concept on Darwin theory-” Sir, is man descended from the ape!” (Suspicious tone it was!).

Though it is simple as suspicious , it my mind from stage to re-think on it.

On the 12th of Feb. 2019, is the 210th birth anniversary of English naturalist, geologist and popularly known as ‘Father of Evolution’ in Biology named Charles Robert Darwin (1809-1882).

Darwin is remembered for his theory of evolution which he published his famous book titled “The origin of Species” in the year 1859 (24th, November). Reviewing Darwin Theory we can summarized it with following major points:

Relating with of evolution, British scientist J.B.S. Haldane, in the year 1929 gave a concept of ‘origin of life on earth’. He suggested life must be developed from the simple inorganic molecules which were present on earth soon after it was formed.

After of pondering on above mentioned two concepts or theories which directly or indirectly related with the creation of living diversity along with most intelligent animal called Homo sapiens (Human), with my own findings and knowledge came up with some unuttered or unresolved queries as follows :

Lastly, what purpose of meaning is there to this precious human life which we live! Should I teach students to be learning nihilism that, life is meaningless, hopeless and zero value in my class? The answer must be a big NO. Because I strongly believe that there must be a great intelligent designer. The supreme designer who designed even Charles Robert Darwin and J.B.S. Haldane too! As the famous scientist Elbert Einstein said-” Before God, we are all equally wise and equally foolish.”

A Journey from the Internet to Time Travel