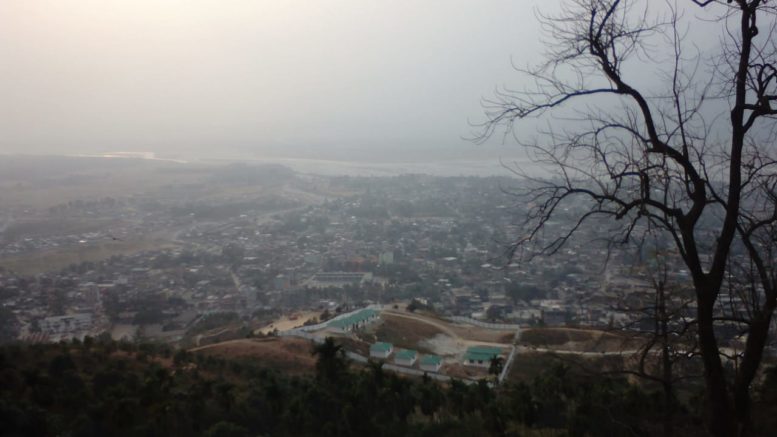 
Natural phenomenon often brings huge devastations and cause a tremendous hazard in our lives and properties. We have seen numerous examples of the fury of nature in the form of Volcanoes, Earthquakes, Cyclones, Landslides, Avalanches, Flood and Tsunami, etc. Man-made disasters are of much smaller scales and less destructive. However, large scale implications of human actions on the environment are often overlooked.

It has been observed that over-exploitation of natural resources can result in catastrophe. DEFORESTATION and MINING are two such phenomena that might result in a natural disaster. Darjeeling-Sikkim Himalayan range is a natural epicenter of the largest probable earthquake zone.

The Himalayan region falls under high seismic zone because this is where Indiana and the Eurasian tectonic plates meet and form the core tectonic zone. In these areas, the movements are dramatic, making this area a sensitive Earthquake prone region.

In the recent past 21 shocks occurred randomly around this Zone. Large scale destruction were observed in Nepal, Darjeeling, Sikkim, Siliguri and Dooars. Although the Richter Scale indicated 7.2 maximum, the effects in hill region said a different story. Hundreds of families went homeless overnight and many lost their loved ones. Destruction of wealth and property couldn’t be accounted for.

Yes, it was a terrific event. But, larger destruction and much more catastrophic event are about to start soon. With the amount of deforestation in the hills, landslides are imminent which is on the rise every passing year. Construction of heavy buildings in the hills can cause serious damage in case of an earthquake.

Although a natural disaster like earthquakes cannot be prevented, we can always prepare for the worse. Basic knowledge and information about such disasters can be of subtle help to inhabitants of this region. Experts in topographic and geologic behavior must be given opportunities to work in this Disaster Zone. They might come up with ideas to save as many lives as possible.

In my concluding lines, I earnestly request the local people to stop cutting down trees. It’s high time that We start understanding our nature otherwise it might be too late for the homo sapiens to survive.