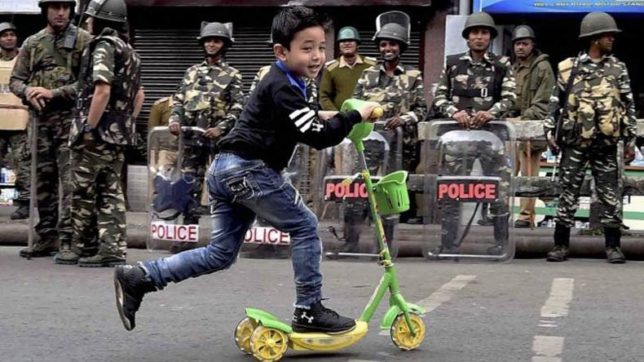 The Supreme Court today permitted the Centre to withdraw four of the eight companies of Central Armed Paramilitary Forces (CAPF) from strife-torn Darjeeling and Kalimpong districts of West Bengal for deployment in poll-bound Gujarat.

A bench of Chief Justice Dipak Misra and Justices A M Khanwilkar and D Y Chandrachud agreed to the Centre’s plea to relocate half of the remaining paramilitary forces from the state’s strife-torn districts to the poll-bound state.

The apex court had earlier on October 27 permitted the Centre to withdraw seven of the 15 companies of CAPF from Darjeeling and Kalimpong districts for deployment along the borders of Jammu and Kashmir and in the north-eastern states and to the poll-bound states of Gujarat and Himachal Pradesh.

The Calcutta High Court had earlier stayed the withdrawal of CAPF from Darjeeling hills, the scene of unrest over the statehood demand, till October 27 after the state government approached it opposing the Centre’s decision.

[With inputs from PTI]

Be the first to comment on "JUST IN: Supreme Court allows Centre to withdraw four more companies of CRPF from Darjeeling"