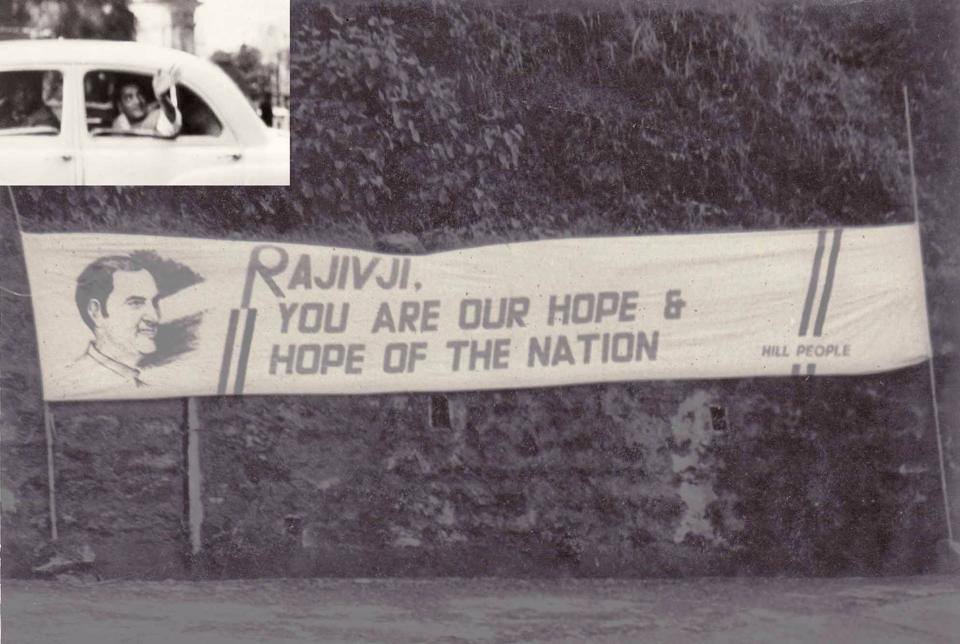 During the height of Gorkhaland andolan in 1986-88 the then Prime Minister Shri. Rajiv Gandhi had visited Darjeeling…
But that was the time when Shri. Subash Ghising’s GNLF ruled the roost… and the GNLF had called for a boycott of the Prime Minister due to the atrocities meted out against us by the CRPF and other forces.
Despite the protest Shri. Rajiv Gandhi did come to Darjeeling and gave a speech at an almost empty NP school ground.
One of his closest aide was miffed at the fact that no one was present at the ground to attend the Prime Minister’s rally other than the security forces, so he suggested that Shri. Rajiv Gandhi forgo the speech and return back to Delhi.
But despite opposition from his closest aide Shri Rajiv Gandhi refused to listen to anyone and gave his speech the way he wanted, even though in an empty stadium.

When one of his closest aide asked him why would he humiliate giving a speech at an empty venue? Shri. Rajiv Gandhi is said to have told his aide… “Even if they cannot come to see me, they can still hear me..”
While addressing the people gathered at the North Point ground, (the then) Prime Minister Rajiv Gandhi had said, “Gorkhas are intermingled with the Indian culture. The Gorkha brothers have shed their blood for the sake of the country before and during the freedom struggle.” There was emotional outburst from the hill people to his remark  for it was the first time by any Prime Minister of India who praised the glory of Gorkhas.

Rajiv had further said “Bengal is not for Bengali people alone, it is for the people of Gorkhas too. Gorkhas must not be treated second class citizens here.“
He was a visionary nation builder to say the least and had he not died an untimely death, the history of Darjeeling and the Gorkhas could have been very different.
TheDC team fondly remembers Shri. Rajiv Gandhi on his death anniversary.
#Respects #RIP Rajiv Gandhi after the DGHC accord was signed

SEE ALSO:  Love and Care for Hope Old Age Home - All the Way from Israel
Powered by Inline Related Posts

What Gorkhaland Means for a Non-Darjeelingey Gorkha