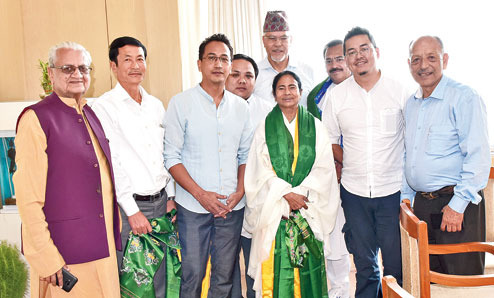 The Gorkha National Liberation Front has stated that it will be organizing public meetings across the hills to apprise supporters that the Hill Area Development Committee is just an interim arrangement.

Mahendra Chhetri, general secretary of the hill party, who is also vice-chairman of the committee, said on Tuesday that office-bearers of the committee will soon hold a meeting to chalk out its functioning and prospective plan of action to carry out development in hills.

“There is no question of deviating from the principal demand of our party. The state has initiated a bipartite dialogue with the hill parties and during the talks, we had placed our demand for a permanent solution for the hills. The state has admitted our demand but as it is not possible to come up with a permanent solution immediately. So, the state has formed the committee as an interim body. We have decided to hold public meetings from December,” said Chhetri.

Earlier this month, the state had formed the committee and put GNLF leaders in it. Mann Ghisingh, the president of the party, has been made the chairman of the committee.

[With inputs from Telegraph]

SEE ALSO:  Welcome to Darjeeling, where Cleanliness is nowhere near Godliness
Powered by Inline Related Posts