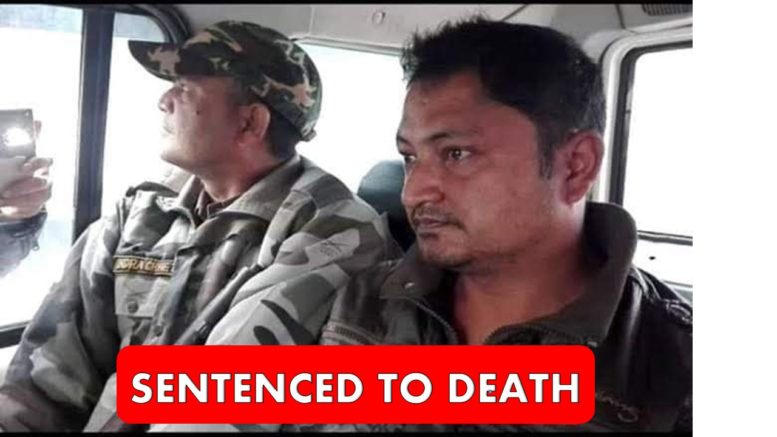 
In a first, Kalimpong District and Sessions Court on Tuesday pronounced the death sentence to Surje Bhujel, resident of Jaldhaka Bhasme Gaon under Kalimpong district, who was accused of killing his sister-in-law in order to get his deceased brother’s job.

It was proven that after his brother died, his sister-in-law, Junita Bhujel, had landed the job in place at the Cinchona plantation on compassionate grounds. This had infuriated Surje, and on the night of 03 Feb 2018, Bhujel had slit Junita’s throat and her children Akhrit Bhujel (8)and Atith Bhujel (6).

He had also threatened his parents not to speak of the murders. On the following day, Junita’s sister, Nima Doma Sherpa had filed a police complaint.

Bhujel had been booked under section 302 of Indian Penal Code, said Public Prosecutor, Prem Pradhan who also informed that there were 18 witnesses.

This is the first time that capital punishment has been pronounced, by Kalimpong District and Sessions Court, after it became a district.

In the 85-page order, Sessions Judge Parthasarthi Mukhopadhyay said that men do not kill three animals in one go even in a slaughter house.

The order has been sent to Calcutta High Court for approval, it is learnt.

SEE ALSO:  Darjeeling Court Sentences Man to Death in a Rape and Murder of 11-yr-old Child in Naxalbari
Powered by Inline Related Posts

ONLY IN #DARJEELING: No "Mimi' in STS is an urgent