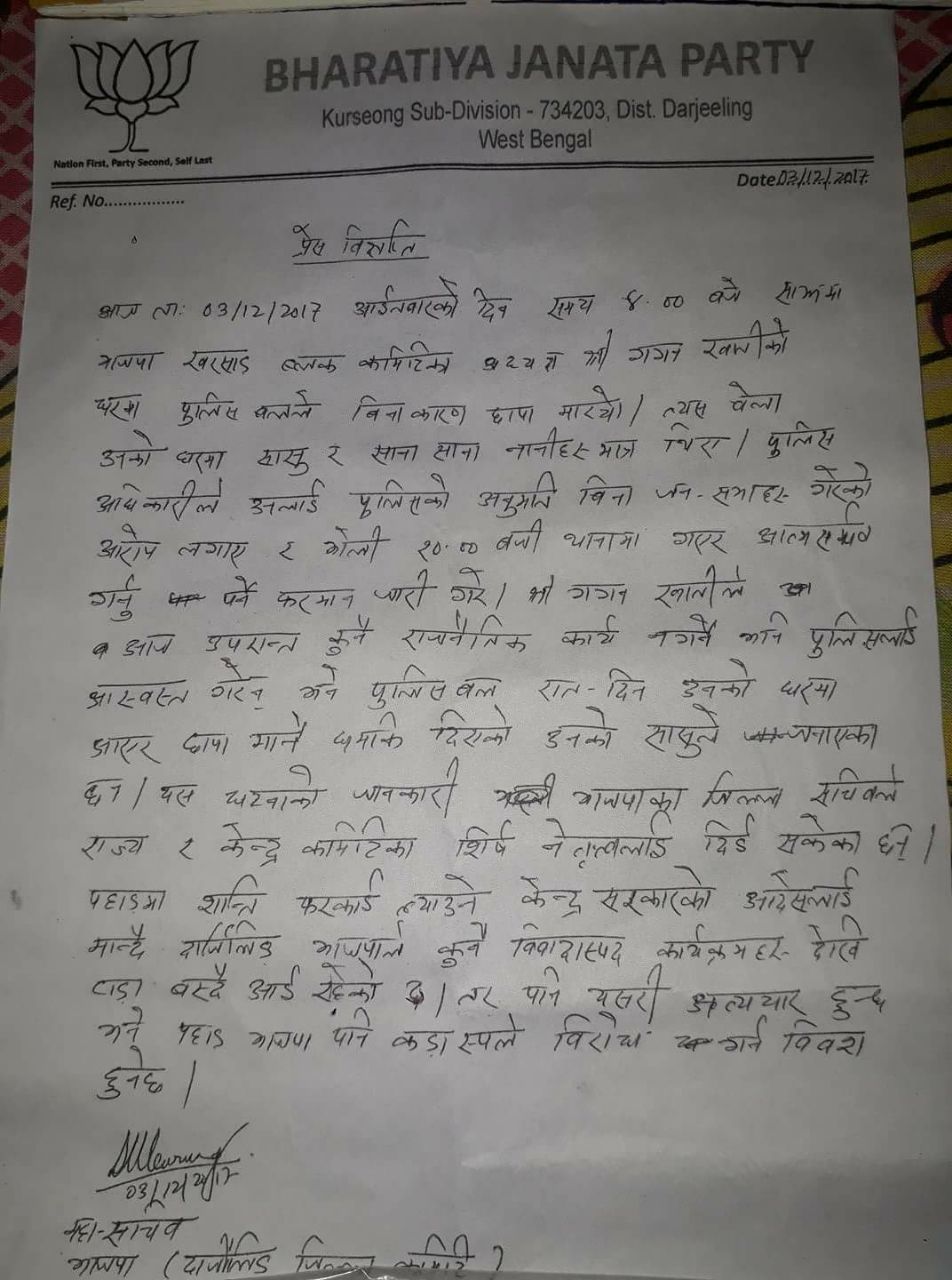 The BJP unit of Kurseong sub-division has complained that their partymen, along with their families, were being harassed and threatened by the police.

According to the BJP sources in Kurseong, the house of its unit president, Gagan Khati, were raided by the police in the evening today without any search warrant. Khati, however, was not present at his house during the raid. The police left the place and has asked Khati to show up and to surrender before it in the morning.

The local leaders of BJP claim that it was a tactics employed by the TMC-run state govt to threaten local BJP leaders from holding public rallies even as the party is keeping low and has not organised public meeting. The incident has been communicated to the BJP state and central leadership.