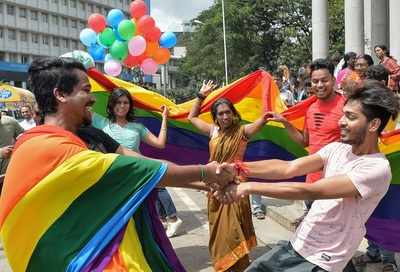 On September 6, 2018, the Supreme Court of India read down the colonial era British law Article 377 of the Indian Penal Code, which criminalized consensual “carnal intercourse” “against the order of nature” effectively criminalizing any non peno-vaginal sexual intercourse.

This article had been used as a threat to sexual expression of India’s LGBTIQ population and had been invoked time and again to curb the fundamental rights of homosexuals. The decade-long fight by the country’s LGBTIQ population began with the Delhi High Court’s overturning of Article 377 on July 2, 2009 (in Naz Foundation vs. Govt. of NCT, New Delhi) only to be reinstated by the Supreme Court on December 11, 2013, by a two-judge bench. On February 2, 2016, however, the Apex Court, making an exception, admitted a Curative Petition and referred the case to a five-judge bench.

This bench, comprising Justices Indu Malhotra, D. Y. Chadrachud, R. F. Nariman, A. M. Khanwilkar and CJI Dipak Misra, delivered its landmark verdict yesterday and unanimously ruled against Article 377 citing “Respect for Individual Choice is the essence of Liberty. LGBT community possesses equal rights under the Indian Constitution.” Justice Indu Malhotra stated, “History owes an apology to members of LGBT community and their family members for ostracization and persecution they faced because of society’s ignorance that homosexuality is a natural trait, its penal suppression infringes a host of fundamental rights.” Justice Chandrachud’s words clearly suggest that this is only the beginning in what might end up as a series of affirmative legal actions in favour of the country’s LGBTIQ populace—“Government of India must take active steps to disseminate the judgement and create awareness against prejudice. Government officials to receive sensitization.”

Earlier too, there were indications that the Apex Court was in favour of providing LGBTIQ citizens of this country the right to complete self-expression. On August 24, 2017, a nine-judge panel of the Supreme Court had stated that the “right to privacy is an intrinsic and fundamental right under the Constitution” and “sexual orientation is an essential attribute of privacy.”

This panel had further stated, “Discrimination against an individual on the basis of sexual orientation is deeply offensive to the dignity and self-worth of the individual… Equality demands that the sexual orientation of each individual in society must be protected on an even platform.” Once again, on April 15, 2014, the Supreme Court had declared the transgender people of the country to be a “third gender” and affirmed their fundamental rights under the Indian Constitution.

The Apex Court gave these people the right to self-identification of their gender as male, female or the third gender (National Legal Services Authority vs. Union of India). This judgement brought the transgender people within the purview of Reservations under OBC category in government jobs and educational institutions and accordingly, states, as well as the central governments, created the category of the “third gender” in all official documents, from application forms to educational institutions to the Indian Passport.

All of these judgements by the country’s Apex Court over the last decade have far-reaching consequences for the country’s LGBTIQ population. Yesterday’s landmark verdict, particularly one where all of the five judges vehemently asserted that LGBTIQ people were “full citizens” of India entitled to a “life of dignity” will likely pave the way for a series of affirmative laws vis-à-vis the community.

Laws pertaining to civil partnership, marriage, adoption, protection against discrimination in the workplace, are all likely to slowly follow over the next couple of decades. During the proceedings of the Curative Petition, the Apex Court also made a clear distinction between “social morality” and “constitutional morality.”

The Court stated that no majoritarian government that derived its legitimacy from vote-banks, would likely ever stand up for a minority community and hence, it was the Apex Court’s duty to ensure that the fundamental rights of such minority were not trampled. Indian society, by and large, remains conservative, and functions based on a set of moral yardsticks, often governed by religious prejudices. Within these, homosexuality, unmarried motherhood, etc. all remain taboo subjects. Any majoritarian government is unlikely to pass legislation that may be seen as against the “moral fabric” of the majority Indian society and hence against its vote-bank. That is precisely why and where “constitutional morality” comes into play.

Whether it be the right to premarital sex and pregnancy or the right to choose a sexual partner of one’s own biological sex, the Supreme Court has legally safeguarded these as part of the “fundamental rights” enshrined within the Indian Constitution. Whether the present governments or successive governments at all bring about positive legislation vis-à-vis Indian’s LGBTIQ community is yet to be seen. What is assured, however, is that the country’s Apex Court has shown itself willing to stand by and safeguard the rights of the country’s sexual minorities. With the reading down of Section 377, a long battle has just begun. One only hopes that laws pertaining to civil partnership, marriage, adoption, anti-discrimination, etc. all will gradually follow in the world’s largest democracy.

Yesterday’s verdict also has larger implications vis-à-vis LGBTIQ communities/ movements in South Asia. One chillingly remembers the brutal hacking-to-death on April 25, 2016, of LGBTIQ activist, Xulhaz Mannan, in Dhaka, Bangladesh by religious extremists. This drove the country’s LGBTIQ community into a frenzy, causing many of them to flee to India and seek asylum in Western countries. So far, in South Asia, Nepal and India remain the only countries that safeguard the fundamental rights of the LGBTIQ people.  These countries can pave the way for affirmative legislation vis-à-vis the LGBTIQ community and one hopes, that in future, India will provide asylum to LGBTIQ people facing persecution in other countries in South Asia.

It is undoubtedly, a big triumph of democracy. Given the extremely worrisome and troubling times we inhabit vis-à-vis autocratic and regressive regimes all over the world, the Supreme Court on India’s verdict comes as a ray of hope! One also hopes that this verdict is disseminated to every nook and corner of the subcontinent, and not merely boil down to the celebration in the metro cities. It is now the task of the governments (both central and state) as well as the various NGOs working with LGBTIQ groups to take the implications of this judgement to rural areas, to the North-Eastern states, to the Southern and Western districts of this country.

One recalls the story of two lesbian lovers from a rural area in Kerala (one of many such cases) driven to suicide as a culmination of their love. One of the two women left a note, along with some money she earned from tuitions under her pillow for her impoverished family members. The lovers took their lives in a society that refused to acknowledge their love! Let us only hope that the SC Judgement saves such lives, is able to sensitize people in the remotest corners of the country and is eventually able to provide LGBTIQ people a life of dignity, a life free from persecution, harassment and taboo. As Justice Chandrachud said, decriminalization is only the first step to bury the Colonial Ghost, and the time has come to move forward and give the LGBT community their other constitutional rights!

TRAGIC: 13 COVID Patients Killed in Fire in a Pvt