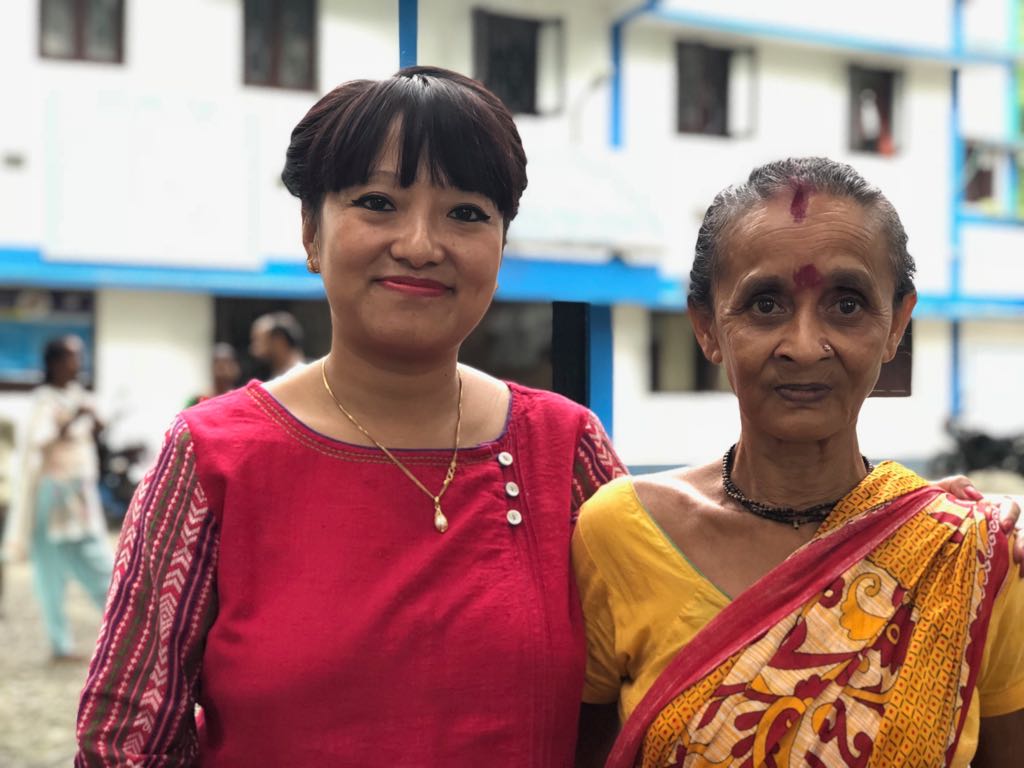 There are just a handful of bureaucrats that could actually inspire an old lady to travel all the way from Falakata to Nagrakata – a distance of nearly 80kms, just to come and tell her, how much she was missed. But Smreeta Subba is no ordinary bureaucrat, she is someone who connects with the people at a very personal level, and is an epitome of what a true public servant should strive for.

The incident that unfolded in Nagrakata BDO office was inspirational. Here is what had happened.

On Tuesday,  11th of Sept, a senior citizen Kamana Biswas arrived at Nagrakata BDO office and sought to meet with the newly transferred BDO Smreeta Subba. Since, Smreeta was away to attend to her duties, the office staff told her she has gone out for official work, and will only come back after a few hours. Kamana was disappointed, but instead of going away, she chose to wait. When Smreeta arrived at her office after 4 hours, Kamana was still there, waiting for her.

As soon as the old lady Kamana saw Smreeta she rushed to her, held her tight and started to cry. The office staff were shocked to hear the old lady saying, “why did you leave us? I came all this way looking for you… you are my mother…” An emotional Kamana, when she saw Smreeta enter her office

Before being transferred to Nagrakata, Smreeta had been posted at Falakata which is almost 80kms away. She had only joined her post at Nagrakata a few days ago. The old lady, Kamana Biswas is from Yadav Palli in Falakata, according to her, her husband has been paralyzed for the past six years and is bedridden, her only son works in a shop as an assistant and makes ends meet. However, they don’t have any source of income and both her and her husband are too old to gain employment of any kind. When Smreeta came to find out about them, she took personal interest in providing them with as much government facilities as possible. She enlisted her husband Sadan Biswas for old age disabled pension, registered them to get a house under the Geetanjali scheme, provided them with subsidized ration, and at times even provided them with money and other assistance from her own pocket.  Not only that, whenever Kamana and her family faced any problems, she would rush to Smreeta and like a daughter she helped them.

When Smreeta got transferred to Nagrakata she had to rush to join her new post, because of which she couldn’t say good bye to Kamana. Eventually when Kamana found out, she decided to come and meet Smreeta herself.

As the two met, Kamana kept on repeating, “tumi amar Maa go… why did you leave us and come…” Smreeta and Kamana The meeting of two old friends

Seeing the two of them, almost everyone at the Block office became emotional, and were surprised at the depth of human connection that Smreeta had been able to build, which inspired such an elderly person to come looking for her.

Talking to us, Smreeta said, “seeing their economic condition, I tried to assist them to the best of may abilities, I was merely doing my duty as an officer and a human being, I didn’t know, she would travel all this way to meet me… this was such an unexpected, but pleasant experience.”

Malbazar SDO Sayid Ain was also surprised, and said, “even I am surprised, as a government officer nothing can be more satisfying than getting such love from the people you serve.”