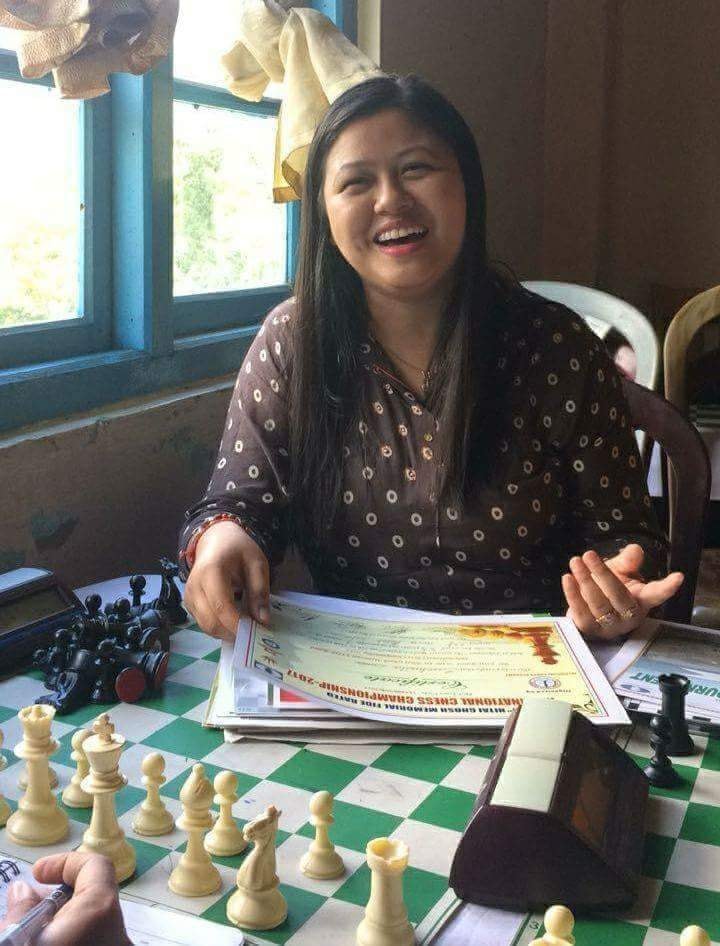 It was a great pleasure to meet the pride of Northeast from Sikkim, National Chess champion, Sushmita Lama, who is also a student of the Central University of Sikkim. Lama recently achieved the 2nd position in 19th National Cities Team Chess Championship 2018 organised by Darjeeling Chess Association whereby she also qualified for Asian level championship.

Sushmita has a slate full of memorable victories. She defeated the chess champion of Nepal Bhupendra Nirola in 2016 in Gangtok. She defeated Anish Gandhi another well known Indian Chess Champion in 2014 from Delhi.

Sushmita has been participating in various Chess Championships since she was studying in Class Seven. She has participated in many tournaments across the nation. In Under 15 Championship held in Tripura, she achieved the 2nd position in the entire North East. In the 6th North East under 19 Championship held in Imphal in 2013, she was rose as a Champion. In the 15th Parsvnath Delhi International Open Chess Tournament (held in New Delhi she stood third all in all winning the Best Female Chess Player award.

Sushmita first learnt Chinese Checker from her mother, who later on also taught her Chess. She said that she loved playing chess because it needed a great deal of concentration. She said that she would work hard to achieve greater results and represent the nation at the international level. She said that she had been the only girl to have participated in the first Chess Tournament held in Sikkim in 2008, the Lt. Garjaman Rai Memorial Chess Tournament. Since then she has done very well in Chess.