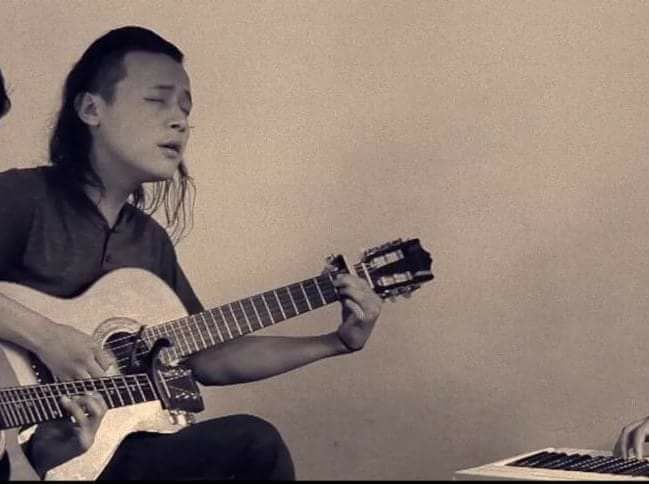 Yesterday, all of us who have been familiar with the Tribal Rain (music band) mourned the death of Rahul Rai – the brainstorm and the lead vocalist of this hill band. The actual reason behind his death has not been divulged. Instead of focussing on how and why he left us, we wanted to highlight and celebrate his short life and his sweet success.

“Jiunu nai hola, yesari nai, yo geet gawdai, arulai sunawdai”, he would sing and thus he sang for himself and all of us while he lived. He just wasn’t a name or a person. For many of us, he was the voice and the face behind the beautifully constructed lyrics of their songs.

Tribal Rain may not have given us a number of songs, but whatever few songs they came up with have allowed them to create a distinct space of their own.

The gentle hazy voice saying “Hera, timro laagi taara todi dinchu” in no time got imprinted in our hearts, and the song became an anthem for many.

He brought with himself a different form of music. The band had a lot of potential, and it had its own way of doing whatever it did. It had a promising future ahead to thrive and grow, to spread its music that resembled no other band or artist from the hills,and inspire us. But then he left before time unexpectedly. And now, there seems to be no bridge that can connect with his absence.

So here we remember a star who died before he could shine into progressive songwriter and a soul soothing singer.

He was said to be an introvert by nature, who would remain lost in his own world of dreams, but then he spoke loud through his songs and music.

It may have stopped raining here among us, but then, it must surely be raining in heaven.

I, We and the Pandemic