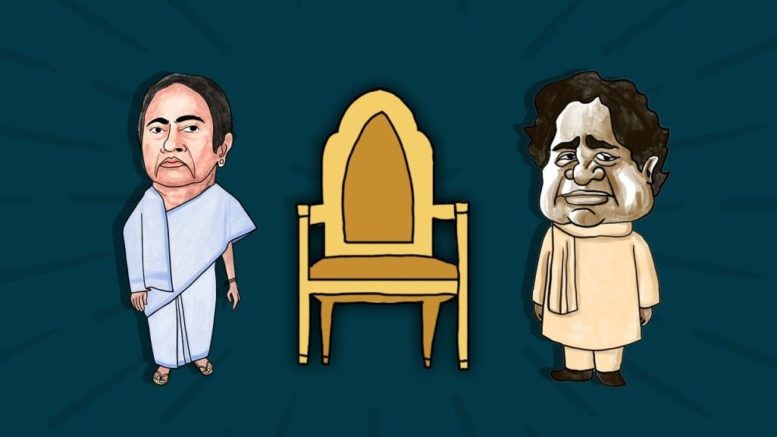 
Thank you for responding to my first letter. So many crazy things have happened this week that I must write to you about.

Talking about bumptious CMs, anyone visited Noida would not have failed (or failed) to notice the massive Dalit Park, sorry, Dalit Prerna Sthal along the Expressway. It has lots of statues of elephants and a large domed temple –like structure. Mayawati, during her tenure as CM of UP (2007-2012) had usurped this stretch of 80 odd acres prime land and built it quickly before she was out. Now the fun is, inside are statues of herself with her signature handbag, mentor Kansiram and also a bronze mural of her parents and siblings (they are six in number), all heralded by twenty-four 18-foot high statues of sandstone elephants! For this grand self-promotion she had gleefully dipped her hands into state funds allegedly spending Rs 2000 crores. Now why elephants? The pachyderm is her party symbol. Now ten years later, based on a PIL filed in 2009, the Supreme Court has asked her to refund the money. The bench observes “Madam Mayawati, reimbursement to the exchequer public money you spent on the elephants…. pay the public money from your pocket.” Mayawati has defended by saying that the park makes money as a tourist attraction, and, hold your breath; the trunks of the Park elephants go up while her party symbol elephant has its trunk down.  Trunk up or trunk down, does it make any sense?

Talking about elephants, it seems Didi B prides in having no less a memory. After being attacked by Congress and Left over the chit fund scam at the concluding day of the Lok Sabha winter session, she was very upset. Sonia Gandhi’s attempts to pacify her, was received with “I will remember”.

Meanwhile her paintings are still being discussed. Not for any brilliant brush strokes but as means to launder pots of money.

The Chowkidars are very annoyed. Rahul Gandhi’s crowd-rousing slogan of ‘Chowkidar Chor Hai, Chowkidar Chor Hai’’ at Lucknow, they say, has brought about a bad name to their profession. But Rahul being Rahul, on the contrary insists that Modiji has brought a bad name to Chowkidars.  All goes back to 2013, when Modi at a rally in Jhansi had said not to make him a Prime Minister but the Chowkidar of the nation. Many have forgotten this but Rahul Baba in a repeat loop continues with his ‘Gali gali main shor hai, Chowkidar chor hain’. Logorrhoea or Palilalia or compulsive OCD? Psychology students can help me this one.

Terrorism raised its head again on the afternoon of 14 February at Pulwama district, just about 30 odd km from Srinagar.  Forty-two of our CRPF jawans lost their lives, when the bus they were travelling in, was rammed in by a suicide bomber driving a Maruti Eeco packed with about 350 kg of explosives! The terrorism act considered to be the worst ever, has been claimed by the Jaish-e-Mohammed. This terrorist group was dealt with strongly by our Army with the 2016 Uri Surgical strike. But like a multi-headed Hydra, the JeM seems to have developed a new head again — this time using a local Kashmiri youth as their sacrificial lamb.  Just read into the psyche of the twenty-year suicide bomber Adil Ahmed Dar who delivered the dastardly attack. Videos reportedly released show him with a display of firearms against the JeM banner. In the recording he claims that by the time the videos reaches, he would be enjoying in heaven…asking his family and friends to celebrate his martyrdom for Islam…urging women to wear veils and boys not fall in love.

In the wake of the attack, several across the country have been arrested for posting anti-national comments on the social media. All you finger-happy key tappers, it is easy to post from outside and add fuel to the fire of terrorism. Kindly use your common sense against the propaganda of separatist anti-Indian security forces organisations such as the Hurriyat. Firstly and lastly, terrorism is not justified. While for Kashmiri Muslim students who have complaints of being harassed a helpline number has been provided. The last seventy-odd years has left deep emotional scars on the Kashmiri people and also heavy loss of Indian Security forces. Let us support them to bring peace and order in the state.

I close this week with a salute to Indian Army Major Chitresh Kumar Bisht who lost his life yesterday when a landline exploded along the Line of Control in J&K. Keep on our brave Army. We are with you.