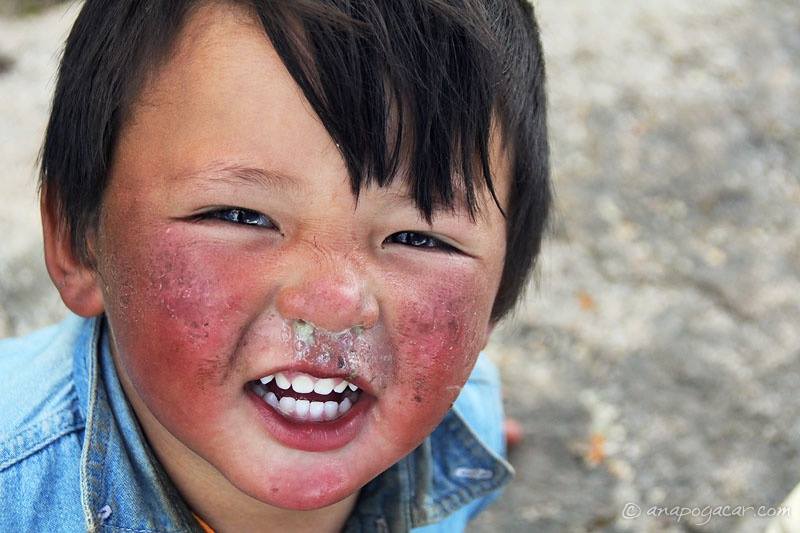 Chilling winds, low temperatures are on full swing in our beloved hills, nobody is spared in its wake, the first casualty are red cracked cheeks (phuteko-gala) accompanied by the usual running nose (sigaan), flowing like a cascading waterfall from the nostrils.

Oye! Biswas “sigaan puch” shouts mother, busy playing Biswas simply uses his sweater’s sleeves (baula) to wipe it off and if some elder has to do it for him, they simply use the inside part (ulta parera)of his.her sweater or barki that they are wearing to wipe it off. Stains on the sweater, mother has to wash is a testimony to the perils of winter in the hills.

Be honest how many of you have used our sleeves to wipe off our noses when we were kids, and still do the same when no one around is looking? Sukttukai sweater le puchi ta halcha…

Schools have been shut for almost a month now and children run amok! “Dhulo” (Dust) “Maato” (soil) of the “gaaran” (ground) and “kuna-kapchi” (alleys) does two things, first it is the primary reason why children have cracked cheeks and cracked skin, secondly it makes a potent bomb in the nose when combined with “sigaan”.

Sometimes this deadly black bomb is sticky and does not want to explode outside, most of the times mother has to take it out with much effort and great reluctance from the owner of the bomb.

Winter creates so much havoc that our skin becomes itchy and whenever one scratches any part of the body white flakes comes out, these flakes made us believe that humans are made out of “kharani” (ash) and “khukra ko suli” (chicken shit). In the case of sigaan we even have coined a term “Dhani ley rakcha, Garib ley Phakchya” (the Rich keep in their hanky, while the poor throw it out) Kay Hola… Ammmm Sigaan…! Taking bath is almost once in a month affair, that too with “tato-pani” (hot water) and only if the sun rises over the Kanchenjunga on a Sunday. Most of the times the festival is deferred “Bholi! Arko Hapta! Arko Sunday” and if someone does take a bath in a very long time we usually say “Aye Katley, Amamam Aju kata bata Gham Udayoo Haw?”.

Every home in the hills have two deadly weapons of mass destruction- “Dhunga”(stone) and “Toria ko Jali” (organic scrubber) for removing dead dry skin and more disgusting “dhar ko maila” and “phuteko kurkuccha”. Just get back in time and imagine our mothers using these deadly weapons on us, “Bhayoo Ama Bhyoo” we would wail to no avail, and our mothers would bluntly reply “Khel na ajjai Dhuloo”. Some girls wear the latest in winter fashion wear but forget to use “dhunga” to “madding” the phuteko kaalo kurkuccha”

Different ways are there to get rid of the running nose and the nose bomb, majority of the girls use tissue paper, but recently while sitting in a bank I saw a beautiful girl busy talking on the latest Samsung phone, while her other fingers were busy pulling out those bombs(“Pyapta”) one by one. What was most incredible though was this, she was using all her fingers one by one, may be the middle finger was used to take out a bigger size bomb and the small finger (kanchi auli) can reach the deepest. The most beautiful scene came again and again; she simply played it with her fingers, made the bomb round and round and threw it like a seasoned hammer thrower into the crowd.

If one is travelling, they simply gulp it “ghutukkaii”.

Some use their bare hands and with one jerk of the fingers it flies off, look for leaves and wipe hands or simply use our pocket of trousers or jacket.

In winters some are so lazy that the daily routine of freshening up is shortened and in their laziness don’t wipe off their faces and noses properly, so what happens is that a sticky yellowish bomb ends up either in the eyebrows or is dangling dangerously from the front part of our stylish hair. Somebody with courage has to tell this lazy person that a beautiful accessory is hanging precariously from the head; such are the perils the people of hills face in their faces.

If these lazy species who haven’t blown their noses or cleared their throats early in the morning are travelling in our very own syndicate ko gaadi, just imagine what will happen. The particular person is sitting in the second seat, someone in the last seat unleashes a dust of “khaini” (tobacco) and it goes inside the nostrils of this person, all of a sudden without having time to cover it, a big sneeze comes up “Ahaaakkk…Chuuew”. There are two scenarios which might take place; first the person might be able to use both palms covering the sneeze, the end product sticks in both the palms and this person simply uses the cover of the seat to wipe it off as if nothing has happened believing no one from the other seats have noticed. The other scenario is this, the grenade attack one launches not only from the nose but from deep inside the throat (phlegm), what will happen to those sitting in the front seats, especially the pretty girl having curly hair.

Although it is disgusting too discuss about these things but give a thought! Isn’t it the best thing that happens to us in the hills?
Haven’t we all cherished those moments or made a joke, can someone living in humid plains experience such things? Don’t we all love children with red cracked cheeks and water flowing down their nostrils, haven’t we all been a part of it. Haven’t we enjoyed having a hot “Thukpaa… sigan sari… sasa-ra-susu hudai”.

So let the flowing sigan last for a few more months, let the couple enjoy parenting wiping the child’s nose because this is what they will remember when they grow old, let the grownups realize that their parents took care of them when they had cold and cough and should not bring tears in the eyes of their parents when they grow old. Let the teenager going to tuitions this winter admire the red cheeks of the girls from Jorebunglow, let the girl from Darjeeling wait in the damn cold for her beloved “siganey” boyfriend from Kurseong. Let the Kalimpong ko hansom keta, wait for his “ooth futeko” ramree keti from Algarah…