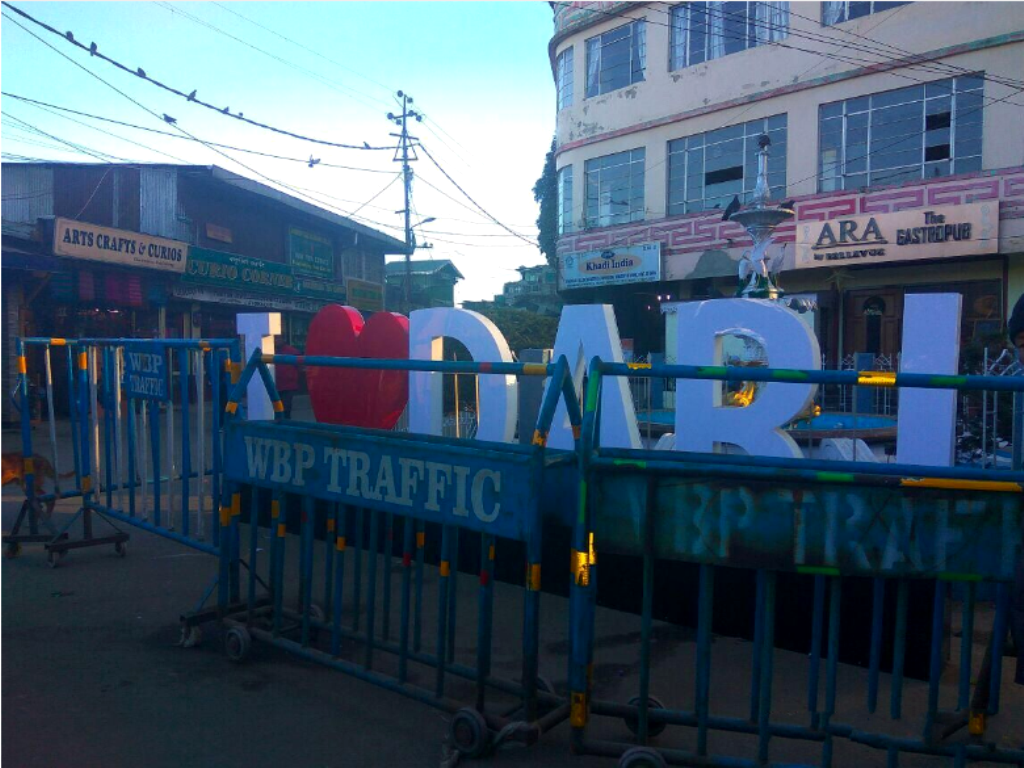 Our Heart Darjeeling, by: Smriti Rai: Perhaps our heart has been chained and put behind bars - time we freed it!!

“Athithi Deva Bhawa” has been our mantra for centuries. Darjeeling is particularly known for treating the guests like extended members of our own family. Yet some incidents these past week, has left my belief in the goodness of our people a little shaken.

It was on the 31st of Dec, 2018 – my guest Mukesh and friends were arriving from Delhi. The Train got delayed for hours, so they had to start at around 4pm from NJP to Darjeeling. He asked me if I had any taxi in contact, then I told him “my brother Nikesh had just dropped down to Siliguri, but it would take 2hrs to reach there.” Instead of waiting, they decided to hire a taxi from NJP itself.

But unfortunately, during the half-stop they discovered that the driver had gotten drunk, and had started driving carelessly towards the edges of the Rohini steep turns. They tried to stop him and yelled out for help, but he went on without bother, then he suddenly stopped his vehicle and fought with them and even injured a tourist.

Mukesh and his friends told me that they had dialed 100 for immediate Police help, but the phone was not reachable. What a shame.!

After the fight, the driver took off, and they were left somewhere below Kurseong without any sign of any light nearby. Among them, a girl became unconscious, and all of them were panicking in the cold of the night.

Then at around 9:30pm I got a call from Mukesh for help to get a reliable cab. I did not have any contact at Kurseong, even brother Nikesh was one hour away, but I was glad that Shri. Subash Chettri (of HHOA) & Shri. Diwasker (of Kurseong Drivers Association) proved to be immediate remedy for my prayers. Though I had to struggle a lot with the Network problem, simultaneously looking after the interest of the guests who had already checked in, but I tried my level best to protect the face of tourism in Darjeeling.

They got the cab and were having dinner. Finally I exhaled.

I waited for them but no sign, and when I called him at 11pm he said they had reached Siliguri, as they didn’t want to take any risk.

Here, is what they posted online afterwards Where’s the Heart Darjeeling: Complaint by Mr. Mukesh and friends Where’s the Heart Darjeeling: Complaint by Mr. Mukesh and friends

If someone asks them “How was Darjeeling?” how do you think they would describe?

1st January 2019
The very next evening around 5:20pm, I was on the way to Chowrasta with my team Scavengers. We we saw some people had gathered at Upper Club stand panicking, when I went there I could see a woman (tourist) lying down in a stretcher surrounded by the family with tears.

I was informed that, she had been hit by a car at TN Road an hour ago and I was totally shattered to witness that:

Anyways locals joined hands to arranged a cab for them to be taken to the District Hospital. But due to the heartlessness of Planters Hospital staff, one and half hour was already lost before the victim was actually seen by a Doctor.

Thanks to our Gurumom, she had immediately called a senior Nurse Bandana Thapa requesting her to provide immediate attention for the victim, and by the time we reached the District Hospital, the doctor immediately visited the patient.

Sadly, the victim was referred to Siliguri for better medical assistance. I hope she recovers early.

I thought Darjeeling was full of generous, hospitable and humble people with kindness towards one and all. But the way some individuals and institutions behaved, has left my head hanging in shame.

These are the sort of situations faced by the tourist these days in Darjeeling, will make a great negative impact in the future.  If we cannot help the tourist in the proper way, the entire impression of Darjeeling will be ruined.

I hope, our people will find their HEARTS, which they seems to be losing fast.

God save our Darjeeling.

Of Brave-Hearts And Languages: The Untold Gorkha History, Our Abysmal Present And Uncertain Future

Be the first to comment on "Where’s Your Heart Darjeeling?"