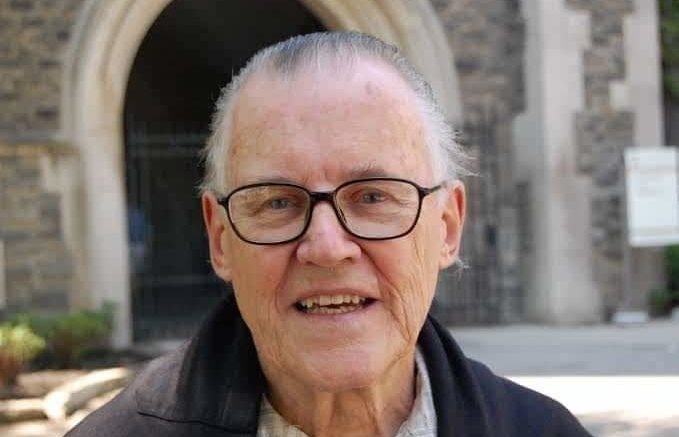 
We mourn the loss of Father William Bourke SJ, who left for his heavenly abode on 29th November at 12.45 P.M. He took his last breath at the age of 95 at Navajeewan Hospital, Gayaganga.

Father William Bourke SJ was born in Canada on 28th May 1925. He moved to Darjeeling as a Jesuit after having realised his calling and offered the rest of his life in the service of the society there, mainly in the terms of education and language.

He served as the Headmaster of one of the most renowned schools in Darjeeling, St. Robert’s School, from 1981 to 1990, before which he was a part of St. Peter’s School, Gayaganga. In 1992, he joined the St. Bellarmine Language Institute as the head.

Apart from his contributions as an educationist, his work in the field of language is also regarded to be of great importance. He was an immense lover of the Nepali Language, which is evident from his translation of full Bible into Nepali. He also had written the first Nepali thesaurus which was published by the name “Sahi Shabda”, for which he was awarded the Madan Purashkar, one of the most prestigious awards in the field of Nepali literature.

Father William Bourke’s funeral was observed at St. Joseph’s (North Point), yesterday at 2 P.M., where many lives that were touched by him visited to pay their last respect, while many others paid their prayers from their respective places.

He will always be remembered as an educationist, an ardent linguist who knew more than 24 languages and as a holy soul, who always believed that work is the worship of God. We thank him for his service.