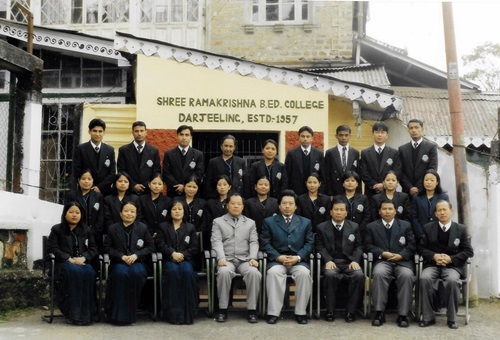 
The National Council for Technical Education (NCTE) has rejected the appeal put forth by Ram Krishna B.Ed College, Darjeeling – and ordered once again that the registration of RK B.Ed College Darjeeling stands cancelled and that their courses won’t be recognized by the NCTE from the upcoming 2020-21 session.

This was confirmed after NCTE uploaded the details of October 25th, 2019 review meeting online.

As we had highlighted before, the NCTE had objected to the following points:

(ii) Total land area and built up area not mentioned in the building plan.

(iii) Building completion certificate is not in the NCTE prescribed proforma and not approved by Govt. Engineer.

(iv) FDRs Rs.5 lakh & Rs.7 lakh towards endowment and reserve fund in joint operation mode as per NCTE Regulations, 2014 are not submitted.

“AND WHEREAS after perusal of the memorandum of appeal, affidavit, the documents available on records and considering the oral arguments advanced durig the hearing, the Committee concluded that the ERC was justified in refusing recognition and therfore, the appeal deserved to be rejected and the order of the ERC is confirmed.

NOW THEREFORE, the Council hereby confirms the Order appealed against.”

The original order had read: Recognition granted to B.Ed. course is withdrawn under section 17(1) of NCTE Act, 1993 from the academic session 2020-2021

On August 25th, we were the first to break the news highlighting how RK B.Ed College Darjeeling had failed to follow the norms and regulations stipulated by NCTE and cancelled their recognition.

However, the very next day, Dr. S Shrestha the Principal of the said college had told the media that everything was under control and that The Darjeeling Chronicle had misreported the facts.

At that time he had claimed it was just a matter of technicality, and that things would be sorted out soon.

Today as our original report stands vindicated by the NCTE, despite all denials by Dr. Shrestha and reports in local media to the contrary, we do not feel happy. We are enraged.

We are enraged, because had the local media done their duty and due diligence and put pressure on Dr. Shrestha, College Governing Body and West Bengal government and pressured them to make necessary changes to fulfill the criteria as laid down by NCTE, we are certain by now the college would have make a lot of progress in fulfilling the requirements.

We are enraged, because had students union owing allegiance to AT-BT group been serious, at least the college could perhaps have been saved.

Untill and unless West Bengal government recruits the necessary faculty members, provides for enhancement of the existing infrastructure and finds the missing endowment funds – RK B.Ed college cannot be saved. And since all of this happened due to the incompetence of the Principal, administrative staff and College Governing Body – the government will do well by sacking them first.