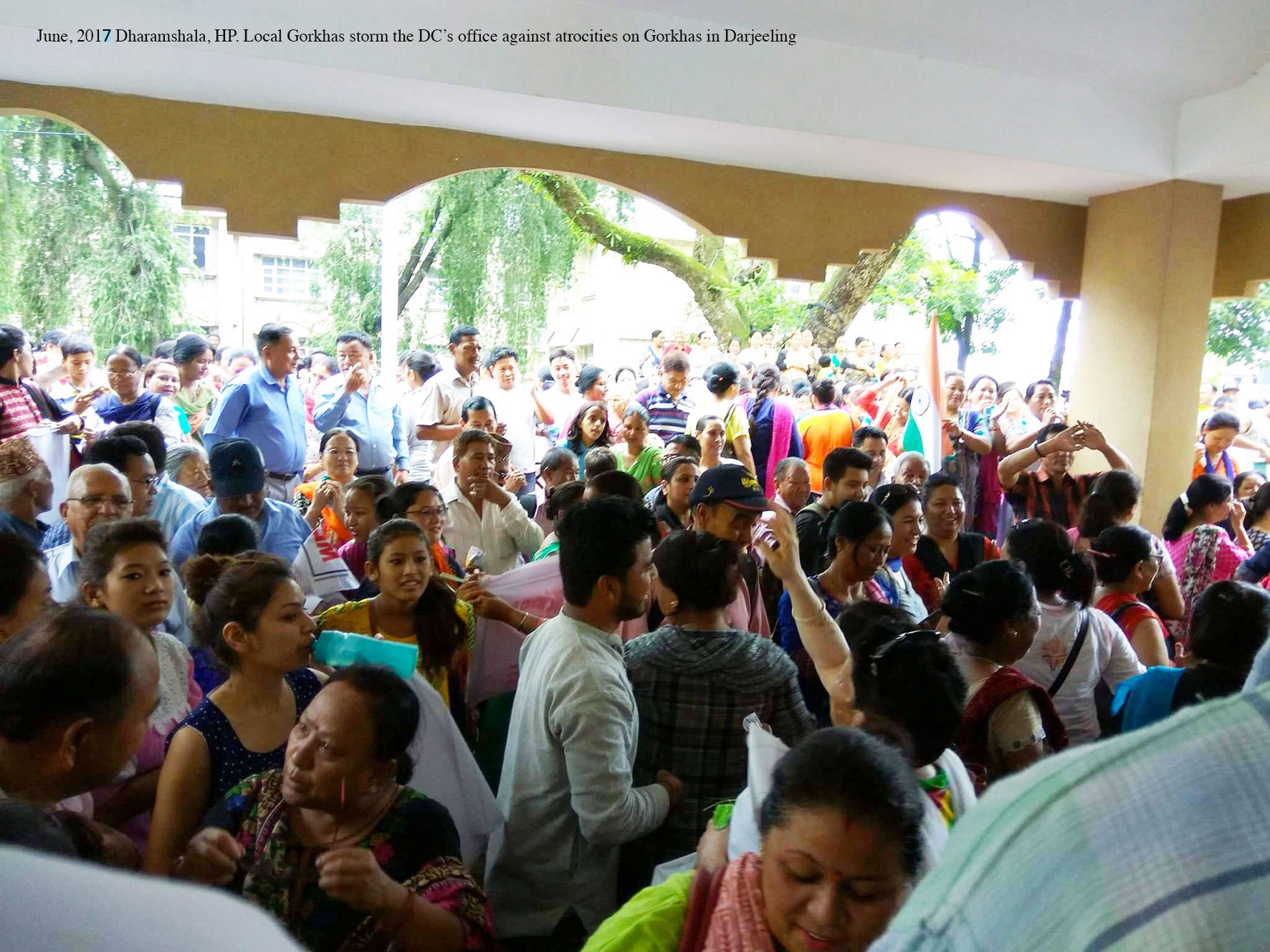 Is what I said, just like how Kangana Ranaut’s Julia expostulated in the film Rangoon. My outburst erupted when I saw a video of Mamata Banerjee being welcomed in Darjeeling on 7th February 2018 by some locals (please I cannot call them Gorkhas) with cries of ‘Mamata Bannerjee Zindabad’.

Barely seven months ago, in Dharamshala, we marched the streets of our town shouting ‘Mamata Bannerjee Murdabad’. We condemned and drew attention to her wild and derogatory ranting of identifying Gorkhas with ‘terrorists’ and ‘north-eastern insurgents’, infliction of horrifying attacks on the people of Darjeeling, ban on social media, cold-blooded murders, illegal imprisonments and ill-treatment of prisoners in jail. We stormed into the DC’s office demanding an apology from her and to show our solidarity with the people of Darjeeling. We stuck our necks out despite holding a fragile position as a minority in our state. A local Himachali taxi driver asked me who Mamata Banerjee was. I told him she was the Chief Minister of Bangaal who had called Gorkhas terrorists. Even he reacted strongly saying she was wrong, as Gorkhas are defenders of our nation. Then yesterday we see these video reports of her welcome to Darjeeling with shouts of wishing her ‘Mamata Bannerjee Zindabad’. Were these street-liners bought by money or suffering from dementia or victims of the Stockholm syndrome? If it is money then all I can say is Shame on them. Dementia is described as an illness of cognitive experiences such as mental decline or mental confusion resulting in personality changes and memory loss. The Stockholm syndrome is a bonding between an aggressor and a victim when the latter starts believing in the former. Any which way, it is in total degradation of Gorkha pride and unity all over India. To all those hailing or even qualifying the quelling of the Darjeeling unrest as Ms Bannerjee’s success, all I can say is that the methods used do not hail healthy signs for a democracy in the region. It is but short-lived and dangerous for the future. The blood of the martyrs will always remain on the footsteps of each one who walks over it. As for those doing the ‘Long Live’ chants on Darjeeling’s bloodstained street please wear masks and hide your faces next time. Demon masks, Santa Claus masks or even monkey caps will do.

Be the first to comment on "Murdabad to Zindabad"