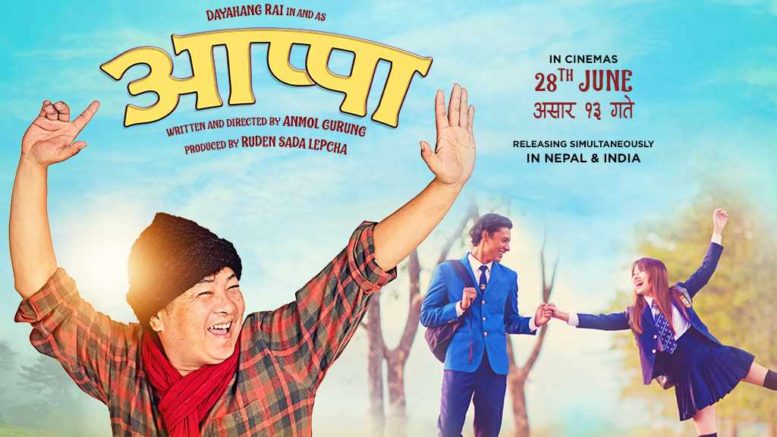 As the title indicates, Appa dwells on the role of fathers, how they bring up their kids becomes a deciding factor in their children’s life. Some audience craves conflict and drama, while others seek inspirational uplift. However, this movie (Appa) is a balanced mixture of both drama and inspirational based films. It’s a decent addition to the Kollywood movies that abruptly ends where the first-act break typically occurs. (since for once, those tiresome cliche’s don’t seem to apply.) Instead, this movie’s message is all about inspiration and forgiveness, which should satisfy a decent contingent of the movie-going public grateful for a wholesome story.

Appa is a dramatic story on the surface. The concept of the time is so rigidly ingrained—from daily routines to monthly bills to milestone birthdays, that even suggesting it might not exist can be disorienting. The songs, not any song but the ‘Appa’ has the best selling songs in the movie with the starting song bring filmed at Sandhakphu. The solo instrumentation creates a sense of shared intimacy as if each plucked string could impact a treasured memory. The protagonist of the movie sings of the beautiful mountains, mists, and other symbols of nature’s persistence. As he works his ways through, he finds the motivation to persists himself.

Another song is a masterpiece from Anmol Gurung “Amala ” had the enigmatic of beautiful scenes. Viewers say this is the most picturesque songs ever made. The tracks disappear abruptly, retreating into the mouth of those deep mountains and valleys. The sounds of dissolution are everywhere on “Sajha pare pachi” in the fragments of words dissolving at the song’s perimeter and the acoustic thrums of guitar dissipating and jamming. It’s wistful, memorable hook, journeying through a series of doorways to someone forever on the other side who has the ability to make some memories down the lane. The song collapses with an angelic voice of Anmol Gurung.

Appa has touched many hearts all around Nepal and in many parts of India. The movie is also planning to hit international roads. The movie shows the value of “Fathers” The movie also portrays a major scene with the sequence in which the protagonist of the movie( Appa) hands over a bundle of hard-earned money to buy a guitar for the kids and immediately after a scene has been followed by where the son shatters/breaks a piggybank to host a party for a girl. This scene was very impactful to the audience as it vividly shows the contrast, the technique of Juxtaposing different images.

As from the starting of the story when “Birkhey” is woken by the Father. He realizes his faults as a human and that his reaction and response to them are merely the faults of his own. The back of the story also shows that the son Siddharth has an open look at his dad. His heart crushes him as he reminds him not only of his past life but also he felt ashamed and poor and at thinking he had a dad who was somehow lesser than others. The scene serves as both a reminder of those anger and the purpose of forgiveness that brings them both back together. The words don’t do the effects justice but the ending scene shows the regrets of the son and the father. The movie ends with a very heartbreaking scene when the father departs with his son.

Revitalizing Nepali Literature and Language: Why We Should Care