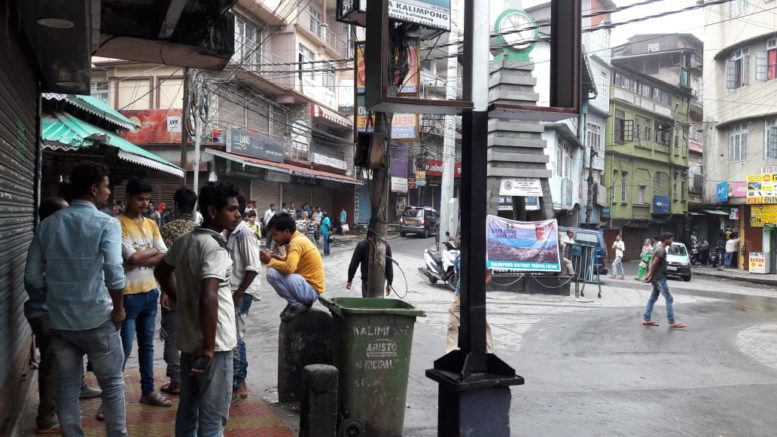 
Migration of labour has taken a toll on the population of the Darjeeling district. As in Economics, Migration occurs due to the search for Financial stability or Social security motives, but the recent situation of Darjeeling district cannot be simply clubbed into any of the two.

Development as such would not be without its negative impact but the actual cause of development of Hills is slower than its effect of Migration of labour from the plains into the hills. Most of the constructions going round in the hills from building private houses, renovation works, petty services to the construction of commercial establishments have all been dominated by the migrated labour.

Labour migration into the limited spaces of the hills has positively increased the efficiency of work and reduction in the time required for the completion of work. On the other hand, it poses a serious threat to the lack of labour originating from the hills. The excess unemployed labour from the hills has ventured into the plains of Siliguri looking for employment. It has simply come up to be witnessed as a case of switching places of work by the labour from the plains and the hills.

The proliferation of migrated labour in the hills have posed an acute problem of over-crowdedness in the believed vast uninhabited spaces of the queen of hills. He brimming traffic situation of the hills can be taken as an example. The joy of travelling to this quiet hill station is being lost into the oblivion.

It is often believed that the recent political stability of the hills has given assurance of security to the migration. The migrated labour also get a climatic advantage to prove their worth in the hills as compared to the dominating sun of the plains. Comparing the wage rate of the hills with the plains, one could find not much difference but food and lifestyle are much expensive here. So it poses a big question that either the migrating labour is here just for work or rather are pawns to some huge political objectives against the hill settlements.