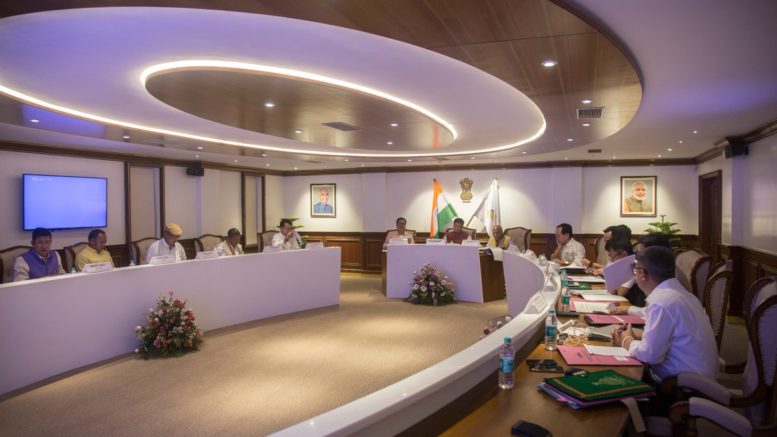 
Arunachal Pradesh Chief Minister Pema Khandu on June 1 allocated portfolios to his new council of ministers, who were sworn in earlier this week as cabinet ministers.

While Pema Khandu kept the key PWD department besides other portfolios, Deputy Chief Minister Chowna Mein got finance and investment, as well as power and non-conventional energy resources, an official release said.

Bamang Felix, who held the RWD department in the previous government, has been handed another important portfolio of Home and Inter State Border Affairs, besides Rural Development and Panchayati Raj, and Parliamentary Affairs, the release said.

Tage Taki, a first-time minister, has been allocated the portfolios of Agriculture, Horticulture, Animal Husbandry and Veterinary, Dairy Development and Fisheries.

Another first-timer Mama Natung got the Water Resources, Sports and Youth Affairs departments.

Two other new-comers — Nakap Nalo (Nacho constituency) and Taba Tedir (Yachuli) — were also inducted in the council of ministers.

The ministers were sworn in the presence of CM Pema Khandu on May 29 in Arunachal Pradesh capital Itanagar.

It may be reminded that The BJP has won 41 seats in the 60-member Arunachal Pradesh Assembly. This is the first time BJP is forming an elected government in the state.

As many as 20 first timers won the Assembly elections in Arunachal Pradesh this time with a majority of them from the BJP.

Arunachal Pradesh has a 60-member Assembly. Eleven of the first timers are from the BJP, six from the Janata Dal (United), two from National People’s Party (NPP) and one Independent.

The JD(U) and the NPP contested the Arunachal Pradesh Assembly elections for the first time. The border state has a legacy of electing first timers.

In 2014 Assembly polls, altogether 19 new comers were elected in this remote  northeastern state while in the 2009 polls 17 new entrants tasted luck.

The figure was encouraging in the 2004 Assembly elections where 24 new faces were elected.