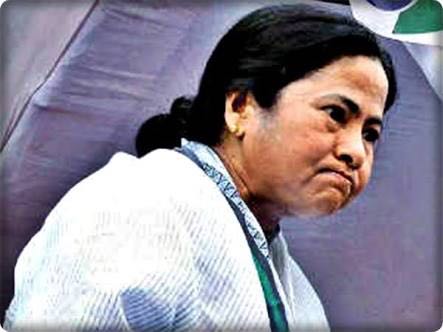 West Bengal Chief Minister Mamata Banerjee alleged on Wednesday that FIRs are now being lodged against journalists to intimidate them if anything adverse is reported against certain people.

“Now if a reporter writes something, utters certain words, an FIR is filed and cases are lodged,” the chief minister said at a programme in Kolkata.

“No national newspaper is now being allowed to write certain news reports and subjected to strong-arm tactics,” she said without elaborating.

TheDC Editorial Note: Call it hypocrisy at its best or criminality at its worst, Bengal CM Mamata Banerjee perhaps forgets that her own government has gagged Freedom of Press left, right and Center. Her own government had filed numerous cases against journalists in West Bengal and tried to shut down all melees outlets in the hills during the Gorkhaland Andolan period. Her own government has shut down India’s only Nepali satellite news channel ABN, and hounded journalists who wrote the truth about Gorkhaland statehood demand and the atrocities meted out against the Gorkhas here in Darjeeling region.

TheDC team members are first first-handess to the strong arms tactics used by her Government against us, going up to the extent of trying to shut us down and labelling us as ‘threat to national-security’ just because we published the truth.

While we applaud her New found concern for the ‘Freedom of Press (at times to even steal cutlery in London)’… We hereby call out her hypocrisy.

Madam perhaps practicing what you preach even for a day would perhaps make you see the world differently.

Be the first to comment on "CONFESSIONAL: FIRs Being Used To Strong Arm Journalists, Says Mamata Banerjee "