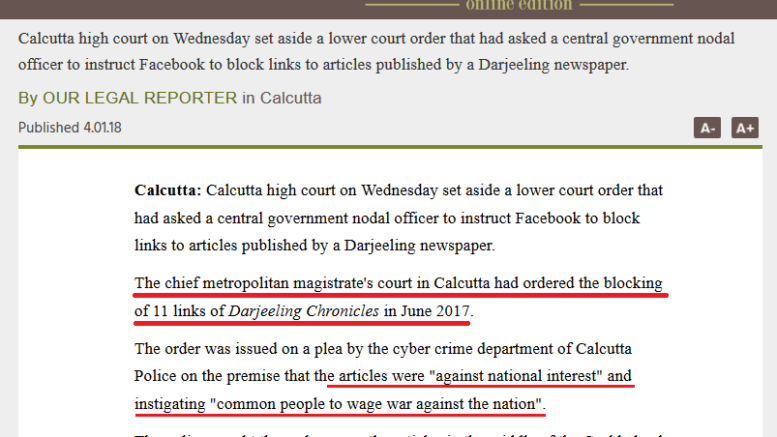 Almost all the major dailies published in West Bengal have today turned themselves into a publicity platform for the party in power. Rightfully so, because the romance associated with revealing the truth has died a natural death, and all-paid foreign trips for journalists where one could get an opportunity to steal silver cutlery is in vogue. Earlier the same media, which highlighted the virtues of Left Front government relentlessly, are today busy singing paeans of the ruling TMC government with equal passion. While ordinary folks may call it opportunism, in journalistic circles this is defined as journalistic prudence.

While the beginning may be new, they are as smart as any Kolkata-based or Kolkata-paid senior journalists.

They are indulging in what every senior journalist in the hills is doing – write passionately for the rulling party. What is most heartening about these pages are that, they unabashedly carry Gorkhaland-so-and-so or Darjeeling-so-and-so as their page identity, but are smart enough to continue putting forward the agenda as dictated by the party in power. Ingenious, I say… no one is suspecting their motives.

It is altogether another matter that in their short-term gains, lie the long-term loss for our community.

Commenting on the Emergency days, LK Advani had once said, “Journalists Were Told to Bend but we Crawled‘,” same is happening in Darjeeling and rest of Bengal today. What these Nabanna favourite veteran, and also newly minted reporters are indulging is a disservice to our country, community and its future.

“Only fools, morons and idiots of the first order would dare write against the ruling disposition anyway,” a learned senior journalist reminded me recently.

May be we are moronic, and foolish to have chosen to speak and write the truth. But we are going to continue doing so – undeterred, and unafraid.

Here’s hoping journos in West Bengal, particularly in Darjeeling grow our collective balls and conscience back.

The Great Thing about Communities

Be the first to comment on "ON WORLD PRESS FREEDOM DAY: Celebrating Absolute Freedom of Speech in “Bengal’s Darjeeling”"