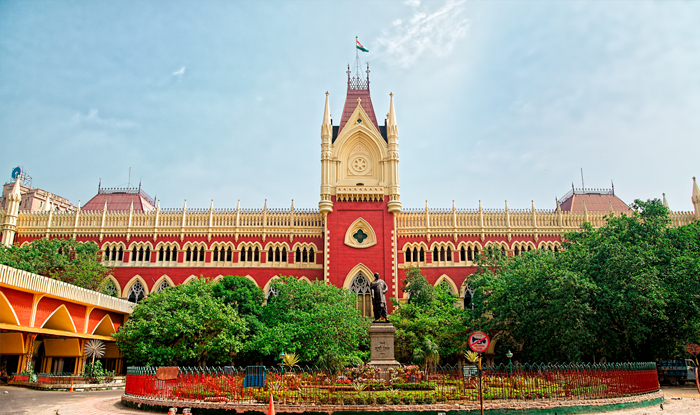 “In the fell clutch of circumstance

I have not winced nor cried aloud.

Under the bludgeonings of chance

My head is bloody, but unbowed.” – from Invictus

The Darjeeling Chronicle was formed with the sole purpose of reporting the truth about Gorkhaland statehood demand, our people and issues confronting the Gorkha community. In doing so, we have been encouraged by our dear readers to continue with the same passion and zeal, while anti-Gorkhaland forces have desperately looked for ways to shut us down.

As the Gorkhland agitation started to intensify, news and reports based on ground realities in Darjeeling published by us had caused such massive headache to the West Bengal government and their agents that they sought ways to shut us down.

In June, the Cyber Crime department of Calcutta Police went to the Chief Metropolitan Magistrate’s court in Calcutta with a plea, requesting the Hon’ble court to order Facebook to shut our page down.

Following this, the Chief Metropolitan Magistrate’s court issued an order on June 18, 2017 in which they had instructed a central government nodal officer to instruct Facebook to block pages of The Darjeeling Chronicle on the grounds of inciting violence and hatred after the Darjeeling agitation broke out.

Another order was again issued on June 19, 2017 to block and remove the pages (including the links and sites) to TheDC page entirely.

Thankfully for us, Facebook decided to take a stand in favour of “Freedom of Speech and Expression” and instead of adhering to the Lower Court’s order straight out, they had moved Calcutta High Court against the order.

Appearing on behalf of Facebook, advocate Sidharth Luthra said it was for the Centre to see whether there was any violation of the IT ACT by the news organization, and not the Police.

Facebook then challenged the procedure in which the page was sought to be blocked by the state government. It argued the metropolitan magistrate court cannot direct it to block the page and there are designated authorities under the IT Act to do so. Facebook also argued that the Information Technology Rules, 2009, which had laid down the procedures to block or remove websites were violated. The lower court, it argued in the HC, had overstepped its brief and issued orders.

The state argued that an exigency prompted cops to move a competent court on the issue.

Facebook in turn argued that Section 10 of the IT Act clearly lays out the provisions to block a website and the procedure followed by Calcutta Police and the lower court was not in consonance.

Yesterday, the Hon’ble High Court observed that the rules were very specific on this count. It says every agency needs to have a designated nodal officer, who will refer such requests to the Centre. The requests have to be endorsed by the state chief secretary. It can also be done by a competent court. The requests had to be routed formally to the designated representative of the Centre — a joint-secretary-rank officer — to take appropriate actions. The HC said a court cannot assume these responsibilities since the IT Act 2000 is a complete code in itself. It also said the section 69A of the IT Act, 2000, which deals with these provisions says such actions (blocking or removing websites) can only be done if there is an apprehension that such posts could incite any cognizable offence.

According to sources, Section 69 (a) of the IT Act mandates creation of a nodal agency by the state government to handle such complaints. The agency needs to send its observation to CERT-In after going through the complaint.

The CERT-In then needs to send a directive to the company or the owner of the website with a plea to block the page. However, none of these above stated procedures were followed in our case.

In fact, we came to know that a case had been filed against us, only when a very concerned Journalist friend from Kolkata informed inquired as to how we were handling the state pressure to shut us down.

Since then, we have been under intense scrutiny and almost everything we continue to post and have posted have been thoroughly put under the scanner. Our team members were hounded, and we are forced to constantly move around for the fear of arrest loomed large.

However, today we stand vindicated and though our heads may be bloodied, it remains unbowed.

Today, TheDC team stands indebted to those very few people who were aware of the intense pressure we were under, and yet they chose to stand by us. People who helped us in our times of gravest need, and provided us with support that has allowed us to continue reporting the unbiased truth. To those who provided us with the moral support, and offered us legal help – we remain forever grateful, all of you let made us realize that our endeavour, no matter how small, was worthy of the trouble we had to undertake.

There are those insensitive few who have called us various names – Patleybas Chronicle, Mamata Chronicle, BJP Chronicle, Binay Tamang Chronicle, Presstitutes and what not. To all of you, we send our deepest love.

Despite all acts of sabotage, we have survived
Despite all forms of tyranny, we have thrived
Gorkhaland Endures, and so do we.

Dear Teachers: You are the game changer