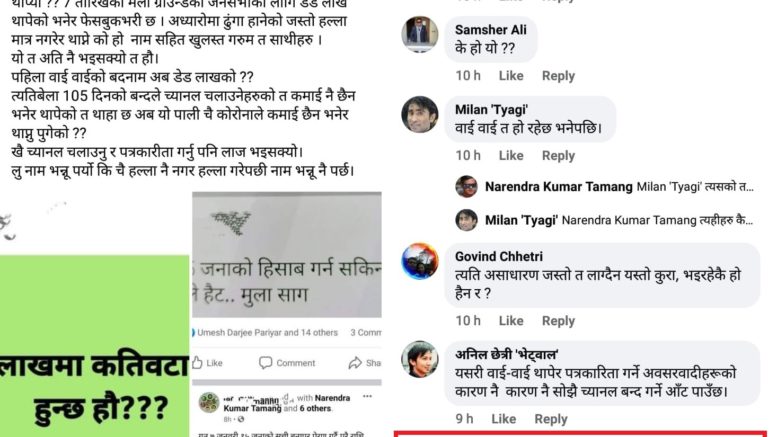 Two Kalimpong journalists have had enough of slandering, and decided to take a stand, which has one fake account getting deleted and other scurrying for cover. But, the journalists are relentless, and they want to ensure that those slandering them are brought to book.

A few days ago, someone spread the rumor that one of the media personnel of Kalimpong had received a sum of Rs 1.5 Lakhs from GJM Bimal Gurung faction by showing a list of 15 other journalists.

In this backdrop, Mr. Narendra Kumar Tamang proprietor of KTV had uploaded a Facebook post stating that those who are spreading such rumors are maligning the entire journalist fraternity of Kalimpong and had asked those spreading the rumor to name names instead as to who received the said amount with due evidence.

Reacting to the post, one Salim Rai had commented, “yes ma kharga ra yowan le ispastikaran dew – Kharga and Yowan have to give clarification on this”. 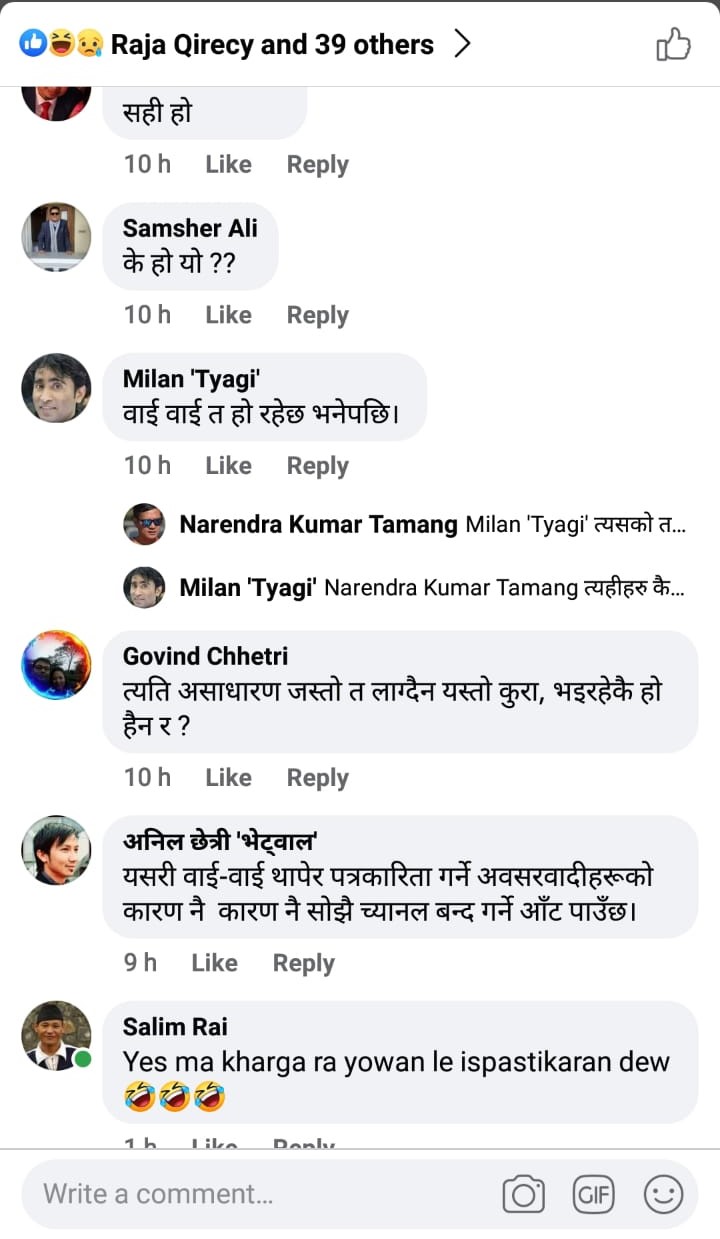 Comment by Salim Rai asking Yowan and Kharga to clarify

Following this, Yowan Mothay of Himalaya Darpan and Kharga Chettri of Kalimpong Pratidin filed an FIR against Salim Rai, accusing him of baseless defamation. 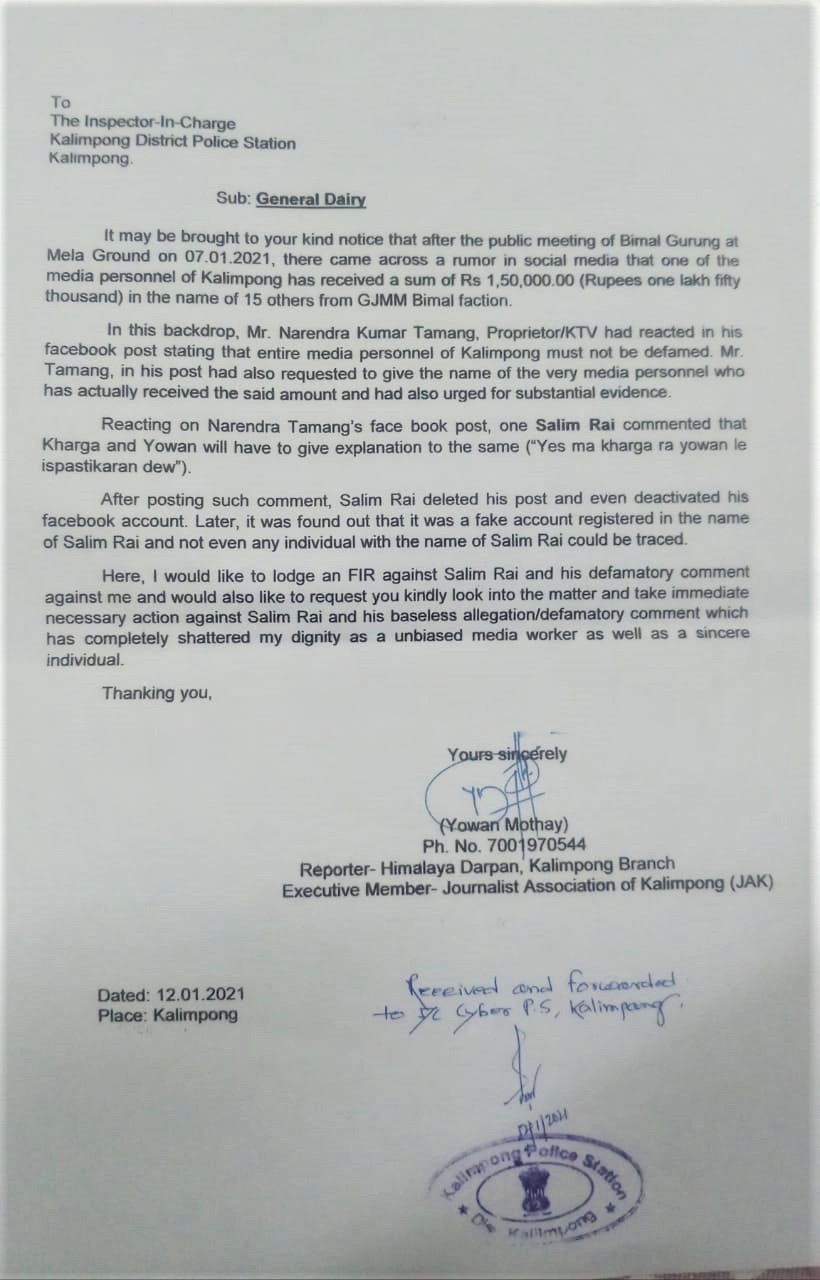 Journalist Association of Kalimpong (JAK) also came out condemning the attempt at rumor mongering and character assasination of the two hardworking journalists.

As police began their investigations, the account of Salim Rai got deactivated. However, sources have informed us that police have been able to trace the IP address of the handle.

Meanwhile, journalist associations from Siliguri, Darjeeling and other parts of the region too have stood up for Yowan and Kharga, and have demanded thorough investigations into the issue.

Explaining the need for serious investigations, Yowan Mothay said, “we have to travel far and wide for reporting, all we have with us as our shield is our reputation as being objective and impartial journalists, when someone spreads such rumors, deliberately or maliciously, it puts a grave risk to our life. Anyone with a grudge against one political party or the other could physically attack us. Those spreading the rumors may have done so out of malice, but for us it could jeopardize our life and limb.”

We here at TheDC too stand in solidarity with Yowan and Kharga in their quest for truth.