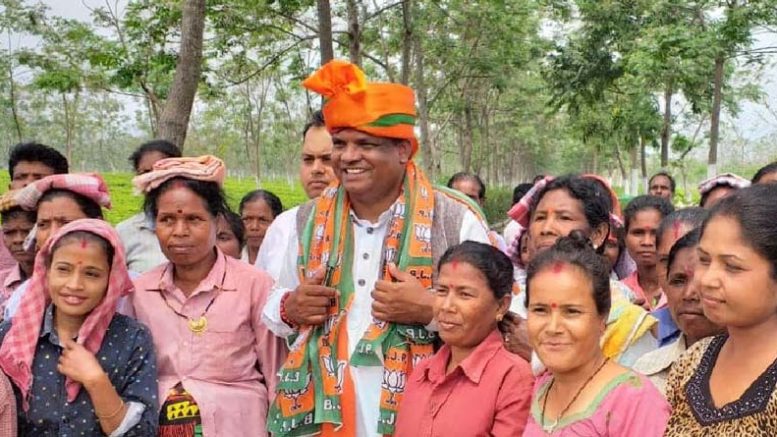 
Of late, we have all read multiple reports of Police Complaints being filed against those politicians who have raised the demand for the establishment of a Union Territory comprising of North Bengal districts.

According to local media reports, police complaints have been filed by TMC functionaries against Alipurduar MP John Barla, Jalpaiguri MP Jayanta Roy, Dabgram-Fulbari MLA Sikha Chatterjee. The absurd, turned to bizarre Yesterday when a group of Congress leaders led by WB Congress Working President and former Matigara-Naxalbari MLA Shankar Malakar filed another FIR against all the three leaders mentioned above, and for good measure they have added the name of Darjeeling MLA Neeraj Zimba too, alleging that “he has demanded formation of Gorkhaland state in the hills.”

For the longest time, we have all felt the shrinking of democratic space in West Bengal, but this new degree of intolerance and using administrative forces to bully anyone even making a passing mention of a constitutional provision doesn’t bode well for the people living here.

May be those filing FIRs are now aware but Article 3 of the Indian Constitution, which makes provisions for the formation of a new State or Union Territory (UT).

“Formation of new States and alteration of areas, boundaries or names of existing States: Parliament may by law

(b) increase the area of any State;

(c) diminish the area of any State;

(d) alter the boundaries of any State;

Since the formation of a new state or UT is enshrined in the constitution, so why is voicing the demand for the same being deemed as a criminal offence?

What is absolutely absurd is Congress functionaries joining the jamboree of filing FIR against the demand for a new state or Union Territory. Perhaps they forget that it was the Congress-led UPA government in the centre that formed Telangana state. Such was their passion for creating a new state that they shut down Lok Sabha TV from broadcasting the proceedings of the house, which reportedly saw Andhra Pradesh MPs being gaged and dragged out of the Parliament when they voiced against Telangana statehood.

Keeping the merits of the Gorkhaland state or a Union Territory for North Bengal apart for now, what is absurd, yet sinister is the filing of police complaints against anyone and everyone who feel that a separate administrative unit is preferable for the North.

After the 2017 Gorkhaland Andolan, the hills have witnessed largescale violence perpetrated by those in power, against those who supported a separate Gorkhaland state. Thousands of cases have been filed against individuals, mostly aimed at harassing them and bullying them into submission.

For instance, the leaders of Gorkha Janmukti Morcha – Bimal Gurung and others were labeled as “terrorists” by the TMC government, and cases were filed against them under the dreaded UAPA, forcing them to go underground. However, once Bimal and company gave up their demand for Gorkhaland statehood, they have not only been allowed to return home but the majority of the charges against them have been dropped. But in the interim, family members of many Gorkhaland supporters suffered. Their homes sealed, aging parents harassed and there was this general sense of fear prevalent among the people, as one never knew who would get picked up next.

Perhaps in filing FIR (police complaints) against these politicians, those in power – like the TMC supporters are seeking to consolidate their political space by forcing everyone to shut up, and those and those who have been rendered powerless – like in the case of Congress, are seeking to create a semblance of political space for themselves for the upcoming local civic body and panchayat polls. But in doing so, they are creating an untenable situation, which goes against the very essence of our Constitution and against the Fundamental Rights enshrined therein.

Can we hope for courts to take Suo moto cognizance against this subversion of law and put an end to this theatre of absurd?

BJP Election Manifesto – A Thunderbolt for Opposition in Darjeeling Hills?