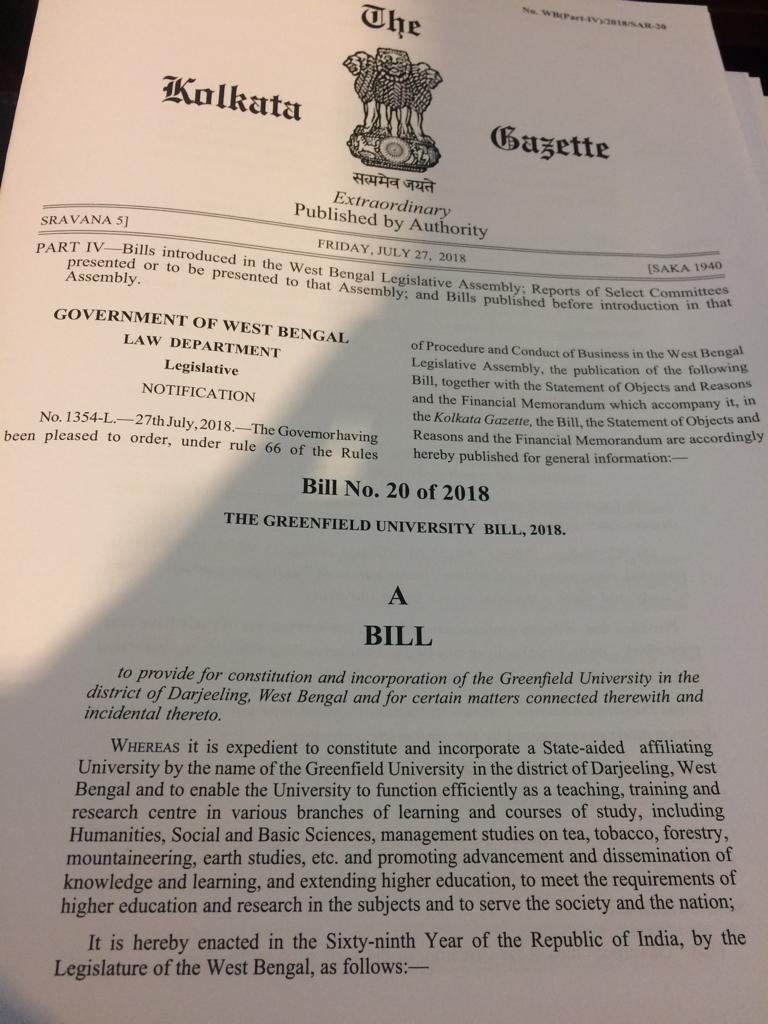 Reacting to the name of the proposed University in Jogighat, one of our readers Deek Sharma writes…
“Today I won’t talk about the separate state or blame Modi, Mamata, Bimal, Binay or Anit. Today I will not even complain about the disparity or partiality or inequality of opportunity which we have been doing all the times. I won’t even talk about the moment when a very famous public page on Facebook named similar to the Queen of Hills, our Darjeeling abused me when I sent a message or maybe commented on its post requesting it to educate people on and about Gorkhaland and it’s importance, last year while agitation was razing. I will not even tell you about how I reacted yesterday, when a student leader representing a student organisation of a political party in Siliguri, belonging to Gorkha ethnic background, tried to demean me when I requested him to raise one issue.
Coming to the point: A very important and long pending demand of almost every political party in hills i.e. a University in the hill region and for the easy access of higher education to the students of the hill region and nearby who travels across the country facing numerous problems is about to be fulfilled as per the reports in different news media outlets.
I have a question here, why can’t we have the university named after our local luminaries like Bishnu Kumari Waiba (Parijat), Paras Mani Pradhan, Agam Singh Giri, Indra Bahadur Rai, or any other eminent Gorkha personality or maybe as University of Gorkhaland, or University of Darjeeling, or simply Bharatiya Gorkha University?
The GTA Chief Mr. Binay Tamang and his colleagues in their every interview have never missed praising the love and affection of our honorable CM Mamata Banerjee towards The Gorkhas and Gorkha culture. He never forgets to mention that “how much our Didi loves and respect Gorkha history and it’s contribution towards the society of today.” Sometimes I really believe what he says as he says it with so much of truth and belief in his eyes that today I am requesting him, as he would be the best person to make this request reach its proper destination.
So, it’s a humble request that may reach our honorable CM Mamata Banerjee via our beloved leader Mr. Binay Tamang and Mr. Anit Thapa to convince her to name the university after any of the many eminent Gorkha personalities we have, just as a mark of respect to the regional sentiment and the community altogether.
Through this note, I also want to request the people of the hill to warmly welcome The Honorable CM Mamata Banerjee To The Hills with placard suggesting a name of your choice for the university.
Thanks & Regards
Deek
Jai Gorkha
Jai Hind”