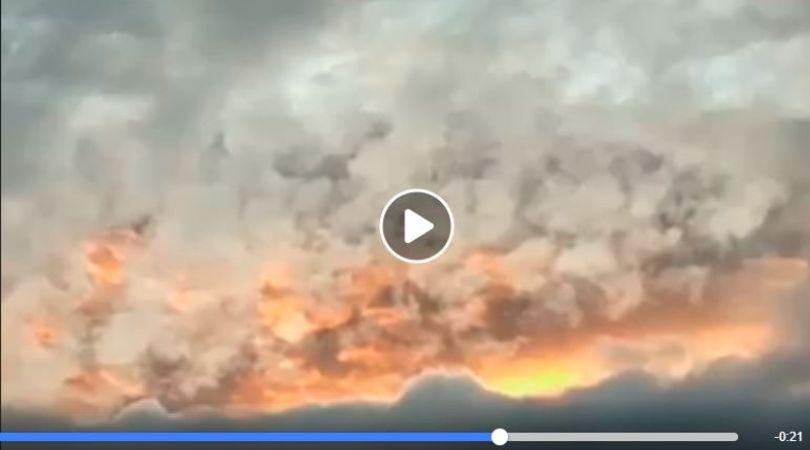 Last month, a video of a mysterious object, rumoured to be a UFO in the skies of Manipur, went viral, leaving many in the Northeast befuddled. While the video, was claimed to be shot a couple of months ago, many linked the “sighting of UFO” with the killing of livestock in the recent months.

Some locals claimed scores of fowl, pigs and cattle have been injured or killed in nocturnal attacks across the state perhaps because of the UFO, a report in The Northeast Today had earlier reported. They had, however, clarified that they couldn’t verify the authenticity of the viral video carried along with the news report.

This is the second time in recent times that a suspected UFO was allegedly sighted in Manipur. In 2015, a man called Lincoln Liba claimed that a group of young boys living in a student hostel in Imphal saw and took several photographs of a strange circular object hovering over the neighbourhood, according to Kanglaonline.com.

On Thursday, Union minister Jitendra Singh finally shed some light on the matter while replying to a question in Rajya Sabha. On UFO sightings in Manipur, the DoNER Minister said: “UFOs reported by the general public have often been linked to aircraft activities and dynamical processes that mimic a moving object. At present, the Isro is unaware of any such detection of UFOs.”

Be the first to comment on "Manipur UFO Clarification"