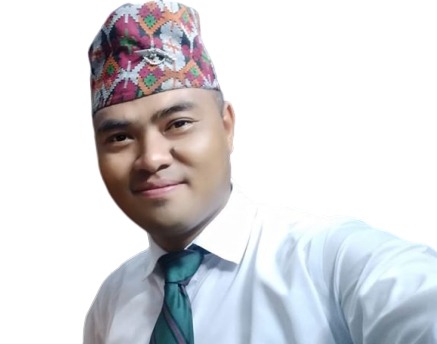 
Born in a troubled city, in a troubled time – Sujai Lama decided to rise above his struggles and the daily grind. There have been many sporting greats from amongst us, who have made it big at the national and international level – but no one, as far as we know, has worked this hard… and come this far… and yet remained so obscure that the amazing story of his struggles and sporting legacy has remained out of the public view till today.

This is the brilliantly inspiring story of Sujai Lama – one of India’s best Rugby players.

Born to Mr Shaktu and Bimala Lama of Line Dhura, Spring Side, Kurseong in the June of 1984 when the 1st and bloody Gorkhaland andolan was starting to pick pace, Sujay had a very difficult childhood. He comes from a family with four brothers and three sisters and at 9 strong, the family struggled a lot to make ends meet and given that it was the height of Andolan made an already difficult life – more difficult.

Sujai remembers that as a child eating two meals in a day was a luxury his family could afford only once in a while, wearing new clothes in Dasai remained a distant dream, that would get fulfilled once every three years or so, that too only if they were lucky. Each day was a struggle, and his whole family worked hard to make ends meet.

Such was the condition that during winters all the brothers used to work in construction sites as daily wage labourers. They used to earn anywhere between Rs. 20 per day to Rs. 50 per day. They saved every rupee they earned so that when the winter was over, all of them could have enough to pay school fees and buy books and stationery.

Their struggle seemed to be never ending.

Whatever little time Sujai had left after working hard all winter as a labourer and being at school otherwise, Sujai spent all of it playing sports. He could play football, as well as Badminton, he excelled in track and field events and in every other sport he chose to play. He was Gifted!!

Economic hardships could not deter Sujai – a natural athlete from excelling in all the sports he took part in. Sujai was athletic since childhood and played football for the United Kurseong Football Club (UKFC) as well. He fondly remembers “Bimal Da” from his UKFC days who he recalls used to inspire him a lot.

Playing for UKFC gave Sujai the opportunity to play all over the district including Kanchenjunga stadium.

Sujai excelled in all the sports he played and went on to become District Champion in Badminton. His life would perhaps have been different today, but for the deceit and nepotism of a one Milan Sir who used to teach at RKSP.

But fate had other plans for him…

After completing his matriculation in 2002 from St. Alphonsus School, Kurseong, Sujai immediately joined the Army – which he has continued to serve with pride – a soldiers soldier at 6/11 Gorkha Rifles

Recognizing his extraordinary skills in the field of sports, his PT instructors put him in the athletic division, where he chose Rugby as the game of his life.

Playing Rugby helped Sujai overcome his teenage trauma of being deceived by one of his own community members, and helped him to shine in the way he was meant to – as a sportsman par excellence.

He took to Rugby, like a duck would to water. Merely 3 years after joining the Army, Sujai was selected to represent the Indian National Rugby team and has been playing for the team since 2005.

Rugby took him all around the world; he has played in England, Turkey, Netherlands, South Africa, Fiji, Hong Kong, Thailand, Malaysia, Sri Lanka, Dubai and so on. He regards playing the world’s toughest rugby team the “All Blacks” and South African National Team “The Springboks” as the highlights of his career.

Playing for the Army Reds team – Sujai and his teammates have won the All India National Championships 6 times. They won the Gold Medal at the Guwahati National Games and he has represented India at the Doah Asian Games and their 1st ever Commonwealth Games appearance in 2010.

But despite his heroic struggles and success, this amazingly talented sportsman from amongst us is yet to get his due recognition. Maybe perhaps Rugby is not as glamorous an event as cricket, boxing or shooting, but Sujai’s achievements at such a high level is not a small feat. Yet there has been no formal recognition of his efforts from local government authorities.

At a very personal level, Sujai says, “I feel sad that while people celebrate the success of athletes from all over India, not even a single organization be it the GTA Sports or West Bengal government, has even bothered to say “well done” … despite the fact that I am the only one from Darjeeling district to have represented India at both the Asian Games and Commonwealth games…”

Such is the apathy that other than a few people in his neighbourhood and those who know him personally, no one seems to be aware of this sporting legend amongst us.

Ever humble, Sujai attributes his success to his Ama-Baba, his family, and his coaches who have pushed him on, despite all setbacks, and encouraged him to excel in life. He acknowledges the help and support he has received from Mr Bhaktiman Lama President of Prativa Parivar of Kurseong, who had been his pillar of support.

As a final thought, he says, “I hope no sportsman has to go through what I have gone through… I hope and pray that in the coming days, corruption and nepotism are eradicated from sporting bodies in India and particularly so in Darjeeling… those who play their hearts out should not have to bear the pain of being overlooked just because someone’s chora or cousin happens to also be playing the same sports… “

As a note to our youngsters he adds, “If nothing else, I want the youngsters to know that there is always light at the end of the tunnel… life may close one door for you… but it opens thousands more… life can be difficult and rough… but it is the pressure that brings out a diamond from the coal. Keep the faith!!”

We are hopeful that our youngsters will be inspired by Sujai’s incredible story… He never let his struggles, the deceit he has had to face and the several setbacks to deter his determination to excel.

He is inspiration personified!!