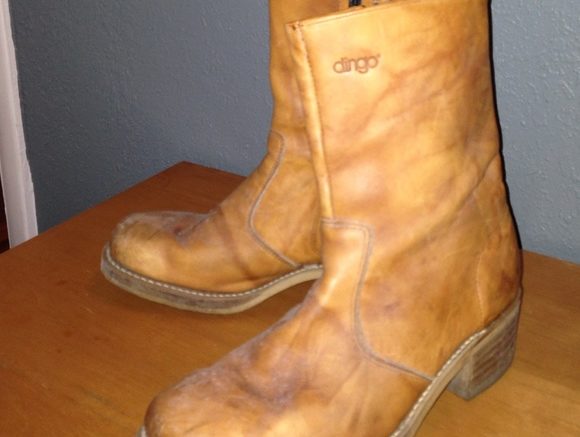 
Darjeeling has always been a place where fashion sprouts and evolves like a monsoon mushroom. Without a tinge of doubt, one can lay a testimony that we are “style parnu janney manchey.” We have haired this tendency from many decades from yesteryears. If one is not good with styling and then that person will be addressed as ‘goktay’, ‘gatthay’, ‘laata’, ‘khoch ko’ ‘toppa’, and all these terms meant that person was unfashionable and outdated.

I have flipped over a few of the photographs of my dad’s era; it might generally belong to late 70s and 80s. There was a craze for the Shag, was a favourite hairstyle for both men and women in the mid to latter part of the 1970s. The name “Shag” tells you all you need to know about the haircut. It tended to have a messy look about it, with uneven ends that usually flipped up at the bottom. The shag actually worked with all kinds of hair – thick and thin – and looked good with most face shapes.

During the 1980s the pop and rock and roll rocked Darjeeling through the base of its roots.

Hairstyles that resembled those of Elvis Presley were also popular. It demanded some pretty thick hair to pull this one off. A hairstyle predominantly favoured by men; though some young female fans of Elvis Presley sported a similar look in his heyday. The style required that the hair is combed back around the sides of the head. The teeth edge of a comb was then used to define a central parting running from the crown to the nape at the back of the head, resembling, too many, the rear end of a duck. The hair on the top front of the head was usually that of a pompadour. The sides on the back were styled to resemble the folded wings of the duck just like Shammi Kapoor. If we closely analyse the photographs of ‘trendy baajey’ of those times we will find them imitating this style.

The style was swept back on the sides and generally accompanied by long sideburns.

Women’s hairstyles of the 70s varied quite a bit from the beginning of the decade until the end.

After all, life was very different in the early 70s than it was in the later years, and often the changes in fashion and hair trends mirrored those changes in culture.

Of course, some hairstyles were popular with young women while others were preferred by the middle age or older set.

In the early to mid-70s, older women who were looking for an easy hairstyle chose to cut their hair in a short style that was simple and demanded little care. Usually, it could be finger styled and left to dry on its own.

It was especially popular during the disco era. It ranged from fairly short to quite long and the look was adopted by lots of female celebrities, causing it to rise in popularity and stay in style through the beginning of the eighties.

One of the most popular sex symbols of the late 1970s, Farrah Fawcett, sported a haircut that women everywhere wanted to duplicate.

The Farrah cut worked best on women who had full, thick hair. Lengthwise, it reached just below the shoulders, and backward facing curls framed the face. It was ultra-feminine and remained popular for several years. Feathered hair was popular in the 1970s and the early 1980s with both men and women. The hair was grown long on both sides (normally covering the ears, although it Hair that is short in front and long in the back. It was often described as “Business in the front, in the back”.

And obviously we know that all who belonged to our father’s generation had ‘Danny Denzongpa’ alike hairstyle; the long hair parted sideways which covered the ears. They used to wear tight shirts with large collars full of flowery patterns. Bell bottom pants were very popular at that time. My uncle once said that they attached an extra piece of cloth at the bottom of the pant to cover the shoes. Larger the bottom better was it considered.

The most popular shoe amongst the men was the rabbit skinned shoe with two inches heel.

In Darjeeling, the 90s was an era when Dingo boots reined the fashion. I remember my entire mama wearing cutting edged Dingo boots. There were varieties of such boots like the Dingo embossed Eagle harness boots, the square-toed dingo and the pointed toe Dingo.

The usual combination with Dingo was a leather jacket and parallel jeans and sometimes the bottom of the jeans inserted inside the boots. I can recall some ghodawala at Chowrasta wearing Dingo’s with the bottom of their jeans inserted to it which would give them their desired ‘rowdice’ looks. Some self-obsessive individual would often boast oneself- “ Dingo lagayera jingo hunuparcha’.

During the era of the 90s, two types of hairstyle were very famous amongst the Darjeelingey men. It was the Sanjay Dutt style (generally inspired from his flicks like, ‘Sajaan’, ‘Sadak’, ‘Thanedaar’, ‘Khalnayak’) and Rahul Roy style, which was popularly called ‘Ashiqui style’. Even small school going boys were seen with middle-parted hair which would have slight curves at the frontal part. Owing to this style people used to mock- “Herna, yesko ashiqui chai dammi cha hai’. This style made such an impact that ‘Ashiqui’ and hairstyling became synonymous in Darjeeling.

People often had a craze for ‘Rambo chasma’, which was a local reference to the Aviator glasses. There was also craze for ‘Mukhunda bhayeko belt’ which was belts with metal skull buckle.

I wonder why our aunts and mother always referred buckled shoes as ‘bucklish wala jutta’.

During the late 90s, there was a huge demand for ‘Rangeela boot’ and ‘Rangeela jaama’ amongst the girls. We lived with great innocence and simplicity then. My mother would always take my sisters to ‘Bata mathi ko Chinese ko dokan’ ko purchase them pomp shoes and sometimes a bun shoe. Fashion to them in those days was not to stand high with high heels. I too would flaunt my friends with my ‘batti balney espax jutta’.

Transformation is a human zeal and evolution is nature’s law. In the Y2K era, with Rock and Pop, we witness new phenomena striking the tastes of the younger generation in Darjeeling, which was Hip Hop. The youngsters were seen wearing oversized T-shirts and baggy trousers with chains dangling down the waist. Be it Eminem, Snoop Dog or 50 Cent but even our ‘doodh bechney bhai’ would appear with Laker’s oversized T-shirt every morning. This is the unique textuality of Darjeeling.

The Y2K era was an era when every schoolboy like us used those 35 rupees Simco Hair fixer to make our hair look wet and stiff. Most of us would know that this hair fixer came in blue and green ‘plastic ko batta’. And I guess most of us have had the experience of how sticky milky water dripped down the face when we washed the fixer applied hair.

If my dad had ‘jhinga ’ then diligently I had ‘jhinga kapaal’. This means that our generation had spiky hair which could even pierce a housefly.

Hairstyle meant a lot to us in during the school and college days. Though we could hardly afford any sophisticated materials for our hair. We would go to the saloon to get the ‘mushroom cut’, ‘army cut’, ‘Van Dame cut’, ‘dekchi cut’, ‘burush cut’ etc. From our school days, two hair cutting saloon were most popular, one was the Star Saloon, which was opposite to the Great China Restaurant. The other was Himalayan Hair Cutting Saloon, which was opposite to A.C. Banerjee.

It was a time when Neel David had not landed on hillian soil. There might have been other sophisticated hair dyes for a common low-middle class Darjeeling locale; hair dye meant only ‘Black Rose’ at that time. Youngsters would bleach their hair into reddish brown with a chemical substance called hydrogen pero- oxide, more popularly known just as ‘hydrogen’. Passang driver, one from our locality was, in fact, the first person whom I saw with those beownish red patterned hairdo. He would be gossiping at the motor stand while one of his passengers would come and curiosly look at his hair and say- “Amamamama! Aaju ta british ley chalayeko gaadi ma chadera goyincha’.

Everyone knows that people from hills can walk and run over the steepest paths. This walking and running would not have been possible for the Darjeelingeys without a friendly company of footwears like- ‘Hatti chhap chappal’, ‘Galaxy Chappal’, ‘Goldstar jutta’. ‘Cambis jutta’, ‘Tata jutta’, ‘Duckback gumboot’ etc. and we must be obliged to all the footwear shops at Golghaar because 85 percent of Darjeeling can walk without pain in sole because of them. In context to the footwear, we have the famous joke of the poor ‘Jaldevta who wanted to exchange his old ‘Panda jutta’ for a new ‘Converse shoe’.

Y2K era also saw other flourishing shoe brands like- ‘Shark’, ‘Cat’, ‘Caterpillar’, ‘Lumberjack’, ‘Timberland’ etc. These were all steel toe boots which grabbed attention from who were delved into metal and rock music. One would say sometimes, ‘ahilaay steel toe ley pin ma aratthai huney gari laath khanchas ni’. It was also a time when we had ‘saano mori bhayeko pant ra saat number ko jutta’. Our elders would say that the pants we wore were like ‘suruwal’ and our shoe would appear first at the bending of the road.

Shopping was an adventurous activity then. It wasn’t a leisurely pastime because it was a time when there was no Flipkart, Amazon, Snapdeal or E-bay. Our space was neither opened to Cosmos, City Centre or Hongkong market. We had to adjust with Mahakal market or the markets near Bich gulli and Baata ukkalo. Even Dragon market and Fancy market came into existence much later.

At the top upper floor of the Mahakal market, there was this Tibetan uncle, who would assure originality of all the goods he sold. We used to call him ‘Original Uncle’.

We have seen various avatar of jeans in Darjeeling. Jeans has transformed from ‘Parallel cut’ to ‘Summer looks’, to ‘Dirty looks’ to ‘Stonewash’ to ‘Choose looks’ to ‘Skin tight’ to ‘Torn jeans’. I observe that even clothes evolve like human civilization.

Generation of today has gone too far. Our grandfather’s generation considers that they do not even resemble like a Nepali. But we have acknowledged the fact that the culture and civilization are always at the verge of dynamic progression.

Darjeeling has always been inculcating the radioactive waves of trends and fashion. Hence we claim ourselves to have a good sense of dressing. As far as the popular beliefs say, the fashion of past was classic but today’s fashion is just trendy.