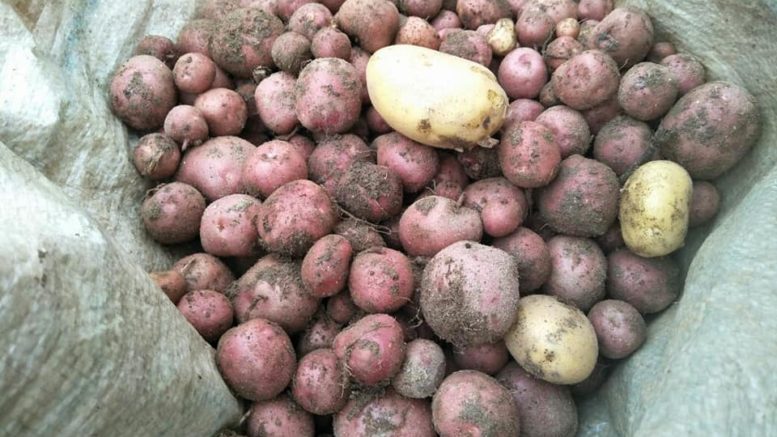 
Prior to 1986 Gorkhaland andolan, potato research institutes in Darjeeling used to be home to over 1200 varieties of potatoes, out of which Darjeeling Red Round variety was much in demand. Our contributor Sanjog Thapa Chhetri highlights how this variety is fast disappearing.

Potato is not just a vegetable or field crop but it is a staple food of many countries. The origin of the potato is in Peru where it is considered to have been cultivated as far back as 8000 – 5000 BC.

In India, it was first introduced by the Portuguese and quickly became major delicious food and spread all over the country.

Potato is grown either by Tubers or Seeds. The tuber is mostly used for cultivation in our country and after the flowering, small berry type seed comes out which is rare to see due to many factors are known as True potato seeds.

Is there any relations between the Darjeeling and the Potato?

Darjeeling is famous for its cold climatic conditions, not only it attracts tourist from all over the world, but the perfect day and night length (Photoperiodism) and cooler climate at the time of flowering is the perfect match for the production of True potato seeds.

Why Darjeeling has faded from the production of True Potato seeds?

In 1953, Holland reported a new disease, which is known as Wart disease of Potato. This Wart disease is caused by the single-celled fungus, Synchytricum endobiotium. Under certain stress conditions, this soil-borne fungus can produce resting spores which can survive up to 20-30 years in the soil.

In 1958, Ganguly and Paul reported the disease but this time, it is from the Darjeeling hills. Though we can find many controversies regarding the introduction and spread of the wart disease in Darjeeling. Due to the high survival and infection rate of the fungus, the Govt. Of India declared as an endemic disease.

It has been more than 60 years, Darjeeling is still in the “domestic quarantine” phase that means we cannot sale our potatoes to our neighbouring districts and States because it is under The Destructive Insect and Pest Act.

Now, mainly Shimla and Nilgiri hills is famous for seed production of potato in our country. Darjeeling Red Round gradually losses it’s identity and the clonal selection from the DRR are found on the name of Kufri Red and Kufri Sindhuri developed by Central Potato Research Institute, Shimla.

Since then, we have lost everything regarding seed production and the famous name, “Darjeeling Red Round”. Science has advanced to the upper limits but till date, our indigenous Potato is not even protected and no such strong initiative has yet been taken by the Government.

We still believe Darjeeling has huge potential for seed production of potato and can fetch a huge amount of profit to the country.

Mizoram Town in the Grip of Scrub Typhus