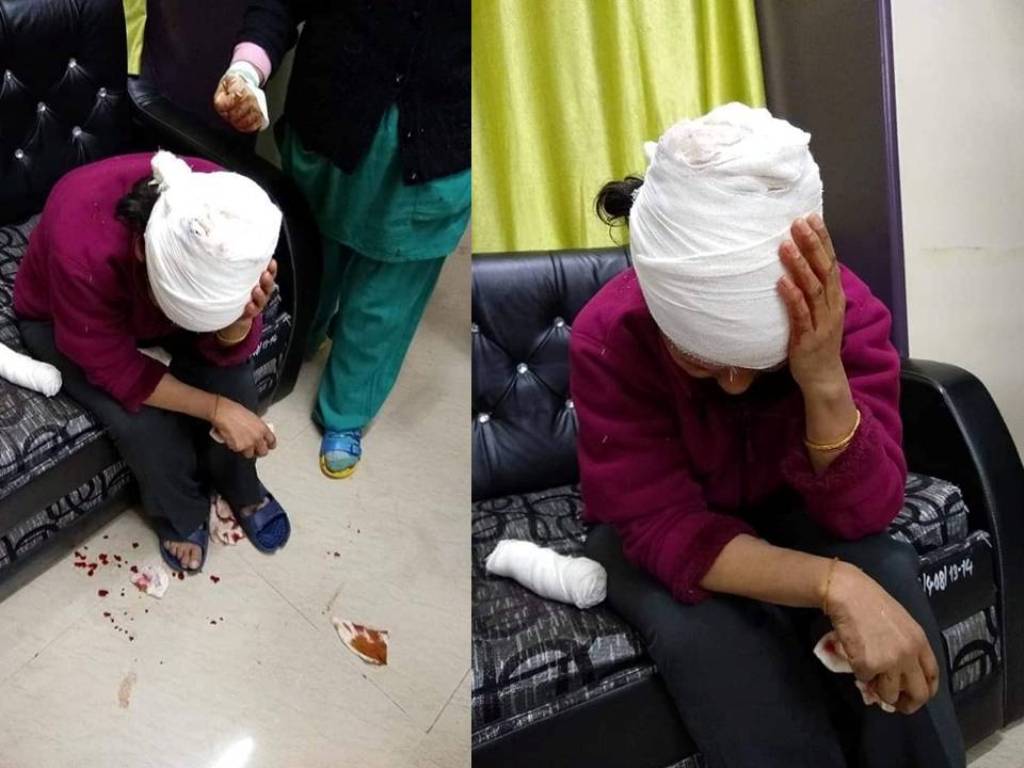 A mother is dead, so is her child, the doctor who was trying to save their lives has been left with a broken-bleeding head. Thus proving, tragedy never strikes in singles, they always come in pairs and more.

This is what we have been able to discern so far.

Dipika Ramudamu Thami a mother expecting her second child. She had a preexisting cardiac condition. Fearing complications, she had been advised to see a specialist, to make sure that her cardiac condition didn’t worsen during delivery. Apparently the family went to see a Cardiologist in Siliguri, and were told the patient and her heart condition is fine, and she could have her delivery done anywhere. Dipika and her family being from Darjeeling, chose to get the delivery done in Darjeeling Sadar Hospital.

On Saturday night, Dipika was going through normal delivery process, and under the condition of anonymity, one of  those in the know have told us, “she was fine, even up until four finger dilatation, but after that complications arose, and seeing her condition worsen. She was rushed to the Critical Care Unit (CCU). Due to her per-existing cardiac problem, she was having difficulty due to which the baby got stuck, and she went into a cardiac arrest. Tragically, despite all attempts on the part of the gynecologist and present staff, both the mother and the child could not be saved.”

Once the news of the death spread, the patient party barged into the CCU and ransacked the place. In the milieu Dr. Yuden Bhutia was struck by the IV stand (by which saline pouch is hung), which left her bleeding. The situation quickly escalated and there was chaos and pandemonium in the hospital. Allegedly along with the doctor, other staff were also assaulted. It was only after the police arrived that the situation was brought under control. Speaking to the Press, Darjeeling Chief Medical Officer  of Health Pralay Acharya said, “a committee has been established to see if there was any negligence on the part of the hospital staff. As for the assault of our staff, we have filed a complaint with the police, they will investigate and law will take its due course.”

Dipika’s family who are grieving have alleged, “When we admitted her to the hospital, the doctor wasn’t around, and she didn’t show up for the longest time. She initially tried to do normal delivery, but complications arose, the child died during birth. Only after that, they rushed Dipika to ICU. There was no attempt on their part to save the life of the baby or the mother.”

The loss of the life of an unborn child and the mother is a tragedy, and so is the beating up of the doctor.