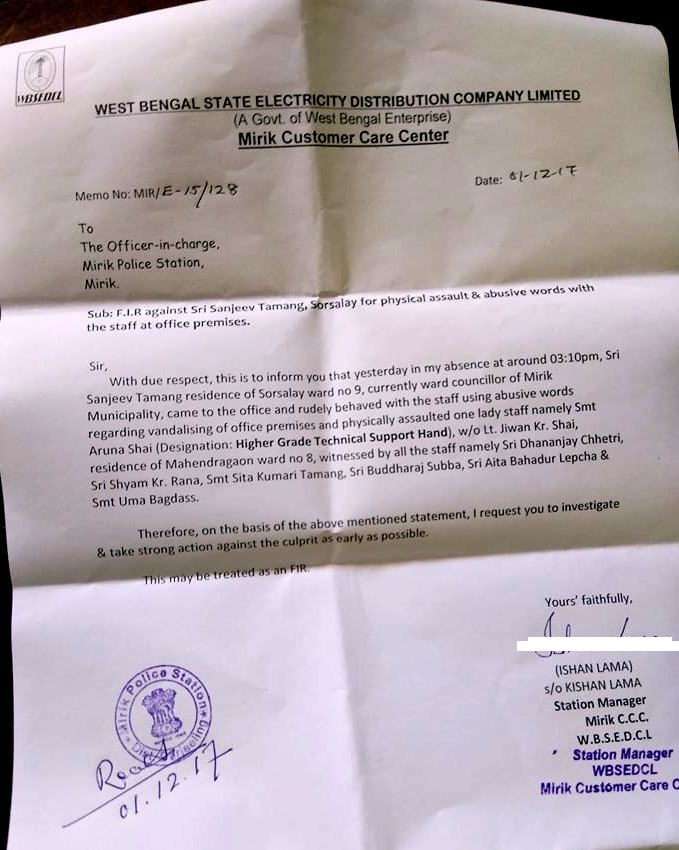 An FIR has been filed against, Mr. Sanjeev Tamang, a Trinmool Congress leader and an elected member of the Mirik Municipality for “physically assaulting a female staff at the electricity office in Mirik.”

The FIR states that the entire incidence was witnessed  by Sri D Chettri, Sri. SK Rana, Smt. SK Tamang, Sri B Subba, Sri AB Lepcha and Smt. U Bagdas, and has urged the Officer-in-Charge of the Mirik police station to “investigate and take strong action against the culprit as early as possible.”

Despite our numerous attempts, we couldn’t reach out to Mr. Lama or Mirik police for comments.