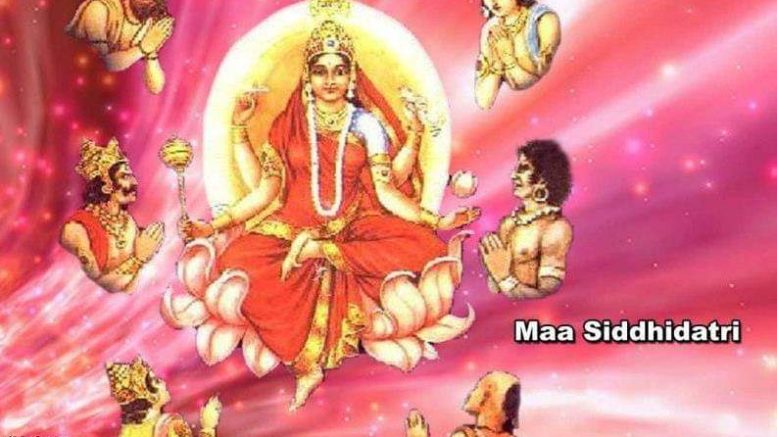 According to legend Goddess Siddhidatri is capable of bestowing all the achievements in life. There are 8 siddhi (achievements) as mentioned in Markandaye Purana named Anima, Mahima, Garima, Laghima, Prapti, Prakaamya, Ishitva and Vashitva.

As narrated in ancient Hindu scripture “Devi Bhagvata Purana”, Lord Shiva worshiped Shakti and was blessed with all Siddhi. After receiving all kind of powers, his half body became like the Goddess. Lord Shiva, due to his appearance as half man and half woman, is also known as Ardhanarishwara = Ardha (Half) + Nari (Female) + Ishwar (God) = The God, whose half body is in female form. 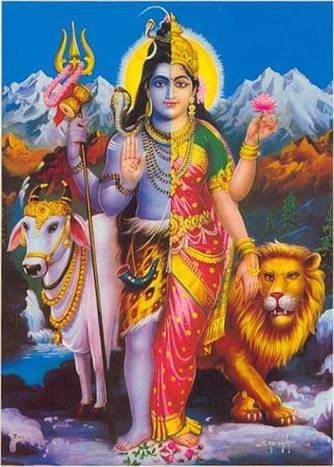 The mother Siddhidatri is competent enough to give all Siddhis to the strivers and her devotees. According to Devi Purana the Lord Siva acquired these powers only by the grace of this goddess alone.

The mother Siddhidatri is four-armed. Her vehicle is lion. She is seated on a lotus flower. She holds a Cakra in her right lower hand and a mace in the upper. In the left lower hand there is a conch and in her upper left hand a lotus flower. On the ninth day of Navaratra Puja she is worshipped. This day in a prescribed manner and with his full faith the Sadhaka acquires all Siddhis. There remains nothing unattainable in the universe. He develops competency to conquer the whole universe.

Among nine Durgas Siddhidatri is the last. After having worshipped the eight Durgas in an appropriate manner on the ninth day devotees undertake her worship. After the completion of Siddhidatri’s worship the devotees and strivers get their desires mundane or otherworldly fulfilled. But the main thing is this that there remains no such desire in a favorite devotee of Siddhidatri which he may want to fulfill. Such a devotee transcends all material desires and necessities. 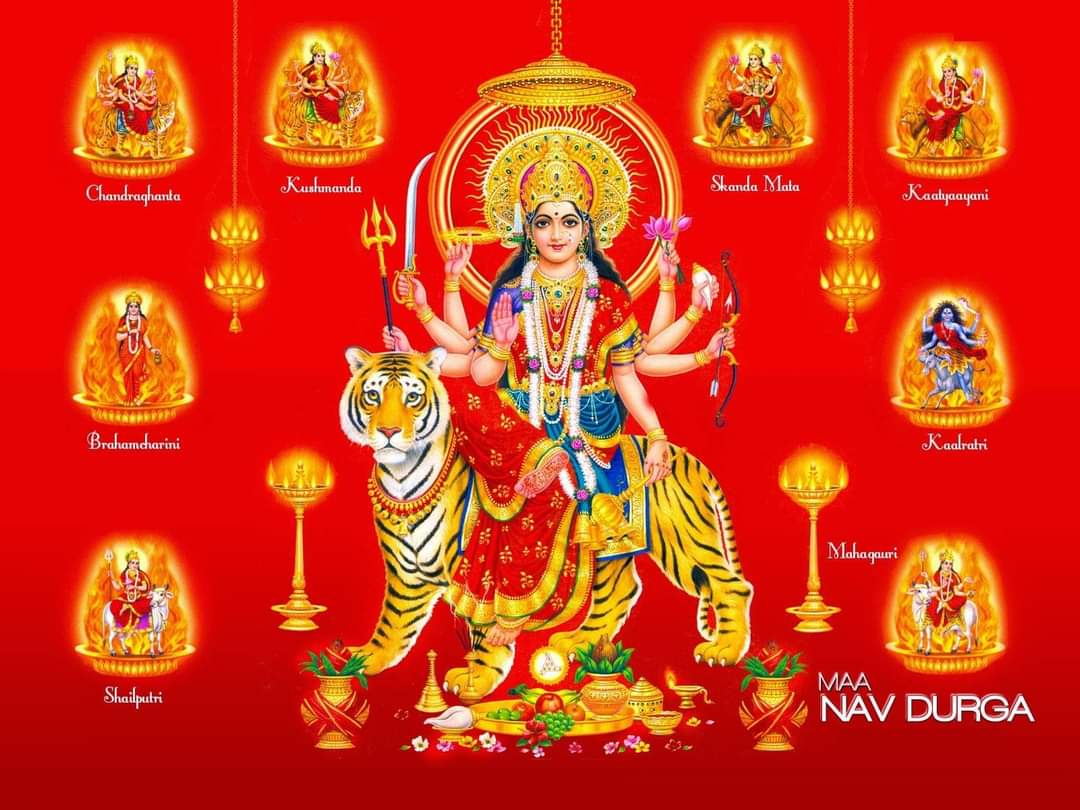 Spiritually he moves in the divine abode of the Devi and always drinks the nectar of her favor. He becomes completely devoid of lust and enjoyment. The absolute nearness of the goddess becomes the only aim of his actions. After acquiring this position there remains nothing for him to require.

On 2nd Day of Durga Puja – we Pray to Maa Brahmacharini

On the 5th Day of Durga Puja – we Pray to Skandamata