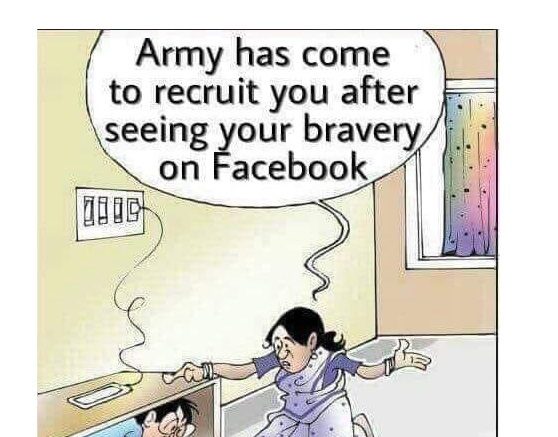 
It is time for India to keep aside the war-mongering news anchors and provocative WhatsApp forwards demanding war with Pakistan and even capturing the entire country. Is it time now to talk a little sense please?

First, Pakistan is not a small or weak region like Chechnya or Syria. You cannot really destroy the entire country without the destruction of half of your own nation and its people. It is impractical; they also possess nuclear capabilities and have strong backing from other powerful countries.

Second, the threat of death scares only the ones who are afraid to die. Are we really so naïve to think these terrorists are scared of death? They have been brainwashed not to back off from dying, and promises of after-death glory in heaven. So, I doubt if the threat of death will keep them in check. Perhaps, one thing India can do is counter brain-wash the youths of Kashmir. Sounds difficult, but certainly not an impractical idea.

Third, perhaps we should take a relook at our policies of handling terrorism and terrorist activities in our boundaries. Perhaps our policies should be driven towards investigating the root cause rather than simply a reactionary retaliation after an incident takes place? Our reactionary tactics have only given room for the terrorists to fuel more troubles and win over the misguided youths to undertake such monstrous activities.

Last, an immediate counter-strike (Surgical strike) is the most popular sentiment, I agree. But does it really solve the problem? It certainly will satisfy our thirst for revenge and calm down nerves, but does it really address the issue? The terrorists are carefully planting agents inside our country to see a full-fledged homegrown terror; they aren’t shooting at us from across the border. Perhaps, we can begin with securing ourselves first, provide advanced equipment to soldiers, intelligence, and law enforcement agencies. When standing on the line of fire, our soldiers should have the best of the bests, both in terms of gadgets and strategic information inputs.

From where I stand, I can see the solution two-ways:

Either, wipe out entire terrorist bases the way Russia did in Chechnya. But again, we cannot compare the size, economy, and international standing between Pakistan and Chechnya. We might end up committing the same mistake the US did in Afghanistan, where they struggled for over a decade to wipe out terrorism, but eventually gave up.

Or, win over the Kashmiri people and bring them to our side. If Kashmiris understand the futility of armed rebellion and willing to charter a democratic path for their struggle, terrorism will die a natural death. It is not easy given the situations in hand and the funds coming in to support such nefarious activities, but certainly not impossible too. I am sure, after over 70 years of independence, our leaders, technology, and intelligence will know how to achieve it. However, it is very unlikely they will do anything towards a permanent solution because their politics thrives in such dirty puddles.

Be the first to comment on "Pulwama Attack: Beyond War-mongering news and provocative forwards"