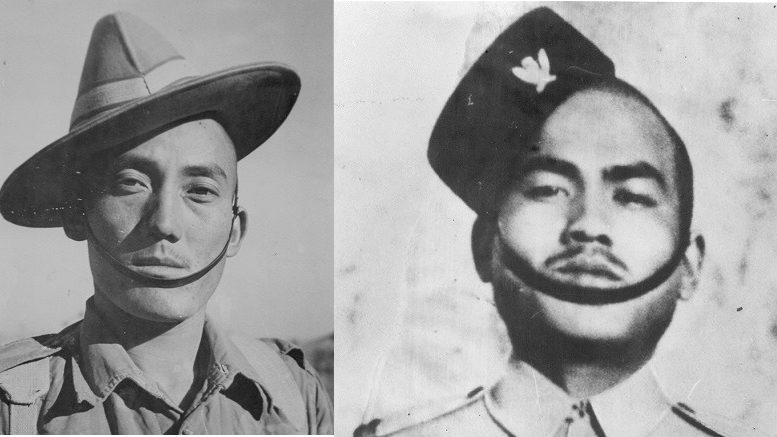 
Victoria Cross winners Netra Bahadur Thapa and Againsingh Rai are two names from the annals of history that may not ring many bells today, but for us Gorkhas these two legends remain heroes to this day.

It is true that the stories of courage and valour of the Gorkha Soldiers can be heard anywhere in the world, with no mark of question or disbelief, but often its easy to forget the valour of our brave hearts. Here, we share with you stories of two such Gorkha Soldiers – Victoria Cross Netra Bahadur Thapa and Againsingh Rai, whose legacy has remained and will remain bold in the pages of History – they defined what the Gorkha impact was in World War II.

Netra Bahadur Thapa was born in 1916 and enlisted with the Gorkha Rifles in 1932. He served on the North West Frontier and was promoted to Subedar, before being transferred to the 2nd Battalion of the regiment and being posted to the Chin hills in Burma with the 17th Indian Division. In March 1944 the division was ordered to withdraw to Imphal to halt the Japanese assault and movement towards the Indian Assam plains and Bengal. Along the line of communication known as the Tiddim-Imphal Road, huge numbers of casualties mounted, as the Japanese 15th Army became determined to push through and take Imphal at all costs.

During this battle, 2/5 Gorkha Rifles was stationed in the Bishenpur area, and on June 25th Netra Bahadur (then an acting Subedar), was in command of a garrison of 41 soldiers at an isolated hillside piquet called ‘Mortar Bluff’. This position was isolated, 400 yards from the nearest other piquet, and devoid of cover. It was also overlooked by a position named ‘Water Piquet’ to the south, which was on higher ground and had been captured by Japanese troops the previous night. It was vital that Mortar Bluff be held, and so a relief force was sent to bolster the piquet’s forces (itself harassed by sniper fire) at 6:30PM.

Just over an hour later the enemy attack began with 75mm and 37mm artillery pieces on the enemy high ground pouring a constant stream of shells onto the position for 10 minutes, followed up by an infantry attack. Netra Bahadur and his men defended themselves fiercely, with Netra Bahadur exhorting his men to hold fast, and finally succeeded in driving the Japanese back. Netra Bahadur displayed tireless energy, moving between his men’s positions, encouraging his young soldiers and tending the wounded. In the lull that followed, Netra Bahadur reported his situation to his Commanding Officer via field telephone, called in more artillery support, and braced for the next assault.

Under the cover of jungle, darkness and torrential rain, the next Japanese attack proved just as ferocious, but the Gorkha troops held out until the one section’s Light Machine Gun and Heavy Machine Gun jammed. Their fire-power reduced, the section was unable to maintain its position and the enemy overran their section of the defences, killing 12 out of 16 of its defenders. With no reserve to call on, Netra Bahadur himself charged forward from his HQ position and stemmed any further advance with a hail of grenades.

At this point, with low ammunition, the enemy in partial control of his perimeter and over half his men casualties, Netra Bahadur would have been justified in a withdrawal. However, his next report to his C.O. stated that he intended to hold, and simply requested ammunition and reinforcements. Despite several more attempts, no more ground was gained by the attackers, due to Netra Bahadur’s efficient plans for defence and deployment of his troops. Eventually, at 4AM the next morning, a section of 8 men with grenades and ammunition in support arrived. This drew the attention of the attackers, and very soon all 8 were casualties.

Undaunted, Netra Bahadur retrieved the ammunition and supplies himself, and led a renewed offensive at the head of his platoon HQ, with grenade and Khukuri. It was in this assault that he was shot in the mouth, and shortly afterwards struck by a grenade blast, which finally killed him. His body was found the next day, still clutching his Khukuri, lying next to a dead enemy soldier bearing fatal Khukuri wounds.

Agansing Rai was born in 1920 and recruited into the Gorkha Rifles in 1941. He rose to become a section commander with the 2nd Battalion during action in the Chin hills of Burma in 1943 and 1944. In June 1944 his battalion, part of the 17th Indian Division, was under pressure trying to stem the Japanese advance on Imphal by their 15th Army.

The battalion operated around the area of Bishenpur, and on the morning of June 26th 1944 C Company of Gorkha Rifles was ordered to retake two positions, ‘Water Piquet’ and ‘Mortar Bluff’, from the Japanese, who had captured them in the previous days (the latter only after a staunch defence by a number of soldiers under Subedar Netrabahadur Thapa the day before, who was posthumously awarded the V.C. for his actions). Water Picquet overlooked Mortar Bluff from about 200 yards away and both positions mutually supported the other, so capturing both was a necessity. The positions were bounded on one side by dense jungle but on the others by bare and open ground, up a slippery ridge, with the last 800 or so yards in full view of the enemy, in addition, about 80 yards before the positions, a false ridge stood, leaving this last distance both the obvious point from which an assault would come and completely open for any soldier attacking across it.

Nevertheless, after a preliminary artillery bombardment, C Company attacked, but were pinned down at the false crest by heavy fire from a machine gun at Mortar Bluff and a 37mm artillery piece in the jungle. Naik Agansing Rai, perceiving that any delay would just result in more casualties, instead led a charge towards Mortar Bluff, firing as he went. He himself managed to kill three of the four troops in the machine gun position, and his men, inspired by this followed him and routed the whole enemy garrison at Mortar Bluff. This position came under renewed fire from the 37mm gun so Agansing again led his section in a charge on the gun. Though they lost three men before reaching their objective, they closed with the enemy gun crew, with Agansing killing three of them and his men the other two. The section then returned to Mortar Bluff and along with the rest of their platoon, prepared for the final assault on Water Piquet.

During the advance on Water Piquet, an isolated bunker position held by the Japanese cause further serious casualties with grenade and machine gun fire, so again Agansing, covered by his Bren Gunner, advanced alone, with grenade and Thompson sub-machine gun. Through the hail of enemy fire, he reached the bunker and managed to kill all four occupants. This display of calm and courage demoralised the enemy at Water Piquet, and so in a final rush the position was captured.

Agansing Rai received his Victoria Cross from Field Marshal Lord Wavell, the Viceroy of India, on January 23rd 1945, in the same ceremony as the widow of Netrabahadur Thapa.

He later returned to the Gorkha Rifles regimental centre as an instructor, and would later remain with the Indian Army after 1947, serving as Subedar Major with his battalion in the Congo in 1962-63 as part of the United Nations Force there.

It is the bravery of people like Victoria Cross winners Netra Bahadur Thapa and Againsingh Rai that earned the Gorkhas a good name world over. We salute them.