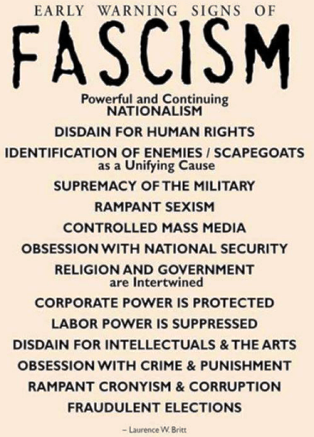 
In her maiden speech as an MP, Mahua Moitra stood as one of the fiercest orators in recent times in the Parliament. She rose the 7 early warning signs of fascism and stressed on how the present govt has been relevant to all those signs – an applaud for her oratory skills, her ability to play around with words and justify them. She became an overnight sensation, and indeed the country needs more leaders like her, especially in our region, where there is a dearth of quality female leaders.

As I applaud Mahua Moitra of the speech that has clearly taken her to the highest point of glory in her career, I also couldn’t deny the presence of sheer irony and hypocrisy in her speech. In fact, while Mahua Moitra was delivering her speech, some MPs on the other side tried to interrupt in between. She confronted them saying that the Parliament wasn’t a place for professional heckling and also urged the Speaker to put the house in order.

It reminded me of nothing but an instance of some years in the past when in the same house of the Parliament when our ex-MP, Mr Jashwant Singh, one of the most senior members of the house, had just uttered the word Gorkhaland, he was bullied and heckled by not less than 2 dozens of TMC MPs. It was the most unprofessional and unethical form of protest against a speech that was well within the constitutional framework. Jashwant Singh, sticking to his humble tone, in the end, had to give up to the hooliganism of the MPs rallying around shouting slogans. He couldn’t even complete his speech. And today I wonder how an MP as such could come from the same lot of people. I wonder if she looks back in time and wonders what heckling in its ugliest form should actually feel like. I also wonder if she recalls the time she was on the debate on TV over Gorkhaland Statehood, and she hadn’t allowed anyone in the panel representing Gorkhaland to complete their arguments.

Leaving that aside, as impressed as I was listening to her speech, I also wondered if she had read the same signs of fascism at a place where it has been most relevant, which also happens to be the place where she has been a lawmaker since years now. I wonder if she ever tried to read the symbols and interpret those to her party and her President. If she did read those and still chose to ignore them and play along with her party, keeping her duty as a party worker above her duty towards the people, I wouldn’t regret to say that it sure doesn’t go right with the fierce, unafraid, true and just leader that she has been portrayed to be in the last few days. In any case, if she actually isn’t aware of the fascist regime that her Govt has brought in (which obviously is very unlikely), I would like to bring the same into her and everyone else’s notice. If democracy is faltering in India, it sadly has faltered already in Bengal.

Powerful and Continuing Nationalism: The obsession of the present govt over “Bangla” and “Bangali” is unambiguous to anyone today. The very spark that had ignited the fire of Gorkhaland in 2017 was the imposition of Bengali language in schools. In a state where the Gorkhas, Rajbongshis, Adivasis and other non-Bengalis live with their own history and heritage, the imposition of language and Bangla identity, using terms like “learn Bangla or leave” constitutes to a clear sign of fascism. The obsession continues endlessly. In fact, one of the MPs recently also raised the demand of renaming West Bengal into Bangla only yesterday. What happened here to Mahua Moitra’s idea of collective identity and tolerance?

Disdain for Human Rights: Needless to say, there has been a long prevailing history of political hooliganism in Bengal. People have been killed in numbers, arrested and tortured, just because their point of view didn’t match that of the ruling party. A dozen people were killed in Darjeeling, hundreds were arrested, just because they were demanding Gorkhaland and protesting the state oppression in a peaceful manner. Many are still in jail, many others still getting arrested, while many have had their properties raided or attached. All of that, just because there was a difference in opinion.

Controlled mass media: Most of the visual or print media in Bengal today are controlled directly or indirectly by the Govt. Most of the media houses in Bengal are acting as the mouthpiece of a single party, distorting and presenting news and facts so as to benefit them.

Identification of Enemies as a unifying cause: All the Bengali population and the Bengali political outfits were rallied under a unifying frenzy against the idea of Gorkhaland, irrationally stating that it would cause a division of Bengal, coining terms like “Bangla Bhango hobe na”.

Govt and religion intertwined: Before the formation of the present Govt in Bengal, the traces of Hindu-Muslim differences are hard to identify. It is only because of the appeasement policy of the present Govt, and its promotion of the cross border migration into the state, that the slogan of Jai Shree Ram in Bengal today has earned a substantial political symbolism.

Disdain for intellectuals and arts: Times are such that writing or speaking anything against the state govt can land anyone in prison. We have not long ago seen cartoonists being arrested, just because they used cartoons as a way to express their opinion. One would today have a thousand thoughts before writing anything at all against the present lawmakers.

Suppression of the Labour Force: Though Mahua Moitra didn’t have a point to mention it, I do have a point. And thus I add this sign too, just as a bonus. The tea garden workers in Bengal are inarguably the most suppressed and exploited. The weak labour laws and the desire for the well being of the Babus in Kolkata have kept the tea garden workers work at wages far below the minimum wage in any other part of the country. Many tea gardens have closed, leaving bulks of the population starving and unemployed.

As Mahua Moitra used the inch of space given to her by the Parliament, I use my share of an inch as a common citizen of a place that has been subjected to the most fascist regime that exists in the country today. And I conclude to say, a thief pointing out on another thief is still a thief.