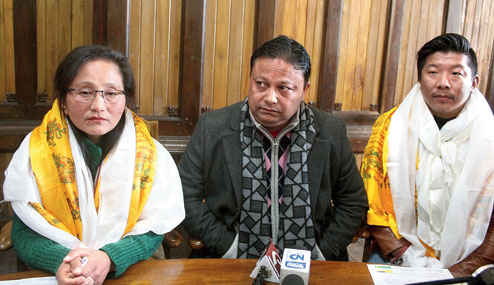 
The Mamata Banerjee govt is likely to introduce two bills in the assembly that will enable non-councillors to be elected mayor or chairperson of a civic bodies like Darjeeling Municipality, reported Times of India. A similar bill was passed for the Kolkata Municipal Corporation earlier.

The non-elected mayor or chairperson will get a six-month window to get themselves elected from any ward in the civic body.

The proposed bills come in the wake of BJP making strong inroads in Bengal. The BJP has seen major defections to its advantage in seven municipalities across the state.

Earlier this month, Mamata led West Bengal govt had appointed administrators in two municipalities — Naihati and Darjeeling. In Naihati municipality, 29 of 31 members had joined BJP after the Lok Sabha poll. A Naihati councillor Ganesh Das has already moved Calcutta High Court questioning why the state has appointed an administrator when BJP clearly has a majority. The HC is likely to hear the matter on July 2.

Curiously, for BJP, it had supported the ruling Trinamool’s move in the assembly when a similar bill — Kolkata Municipal Corporation (Second Amendment) Bill 2018 — was passed by the assembly on November 28, 2018. Opposition members had stayed away from voting. However, the context is different when the new bills effecting the same changes state-wide, and in Howrah Muncipal Corporation, are going to be introduced.

The first municipality to turn saffron was Bhatpara, where BJP bagged 26 votes in the civic body of 34 wards. Earlier in May, 13 of 23 councillors of Halisahar municipality joined BJP. The chairman of Kanchrapara municipality and 16 other councillors too joined the saffron brigade last month.

NO COUNTRY FOR ENGLISH – Questions only in vernacular, leave aspirants flummoxed