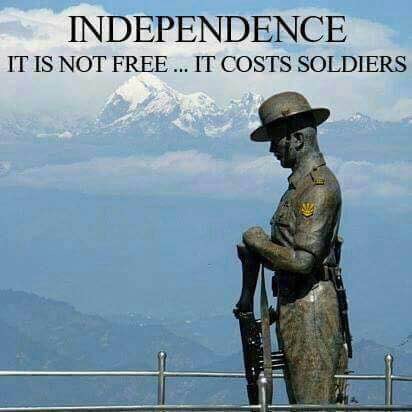 Nationalism is a very broad concept and might have multiple understandings attached to it but is commonly interpreted as one’s love for her/his own “Nation”. The idea of “Love” too is a broad concept and is a matter of subjectivity; opinions may vary while defining the nature of “Love” here. However what remains central is the objectivity, “The Nation”. Many scholars define “Nation” as a community which shares a common territory along with history, culture, religion, language, and ethnicity. “Nation” is not just a land with marked boundaries and sophisticated political systems but its people, culture, ecology. The citizens and their cultures are the basis of a Nation. Embarking on which we can understand “Nationalism” as one’s love for cultures, heritages, religions, and ethnicities of a “Nation”.

Considering the structure of most of the existing nations this definition of “Nation” may seem to be valid however if we closely examine the nations like India and United States, there is a sharp contrast in the stereotypical definition of a Nation. The success of United States as a multi-lingual, multi-cultural, multi-religion, multi-ethnicity- Diverse “Nation” has passed the test of time and proved that a “Nation” can not only exist but also flourish with cultural, religious and ethnical diversity, India’s 71years of existence as a “Nation” is another contradiction to the general concept of a nation being a community which shares a common territory along with history, culture, religion, language, and ethnicity.

Scholars trace the emergence of Nationalism during the transaction phase between Primitive and Industrial society. Nations were formed on the basis of common language, culture, religion or ethnicity and the commonalities and love between these entities gave birth to Nationalism.   In terms of Indian Nationalism, many are of the opinion that it had its origin during the 1857 War of Independence. However, there hardly existed the Idea of India as a Nation; regional identities were dominant. Arguably, Indian Nationalism started forming its structure with the formation of Indian National Congress in 1885; it was only after the introduction of Western Evangelist Education system Indians started realising the scope of formation of a Nation in the subcontinent, else the previous freedom struggles were either for the freedom of a kingdom or protest against British Oppression. The concept of India as a Nation is a political product of shared territory and oppression and has little to do with its cultural, religious or linguistic entities. Back then in the 1900s, Nationalism for some Indians meant hate against the British rulers and for some, it was the love for the territorial land. Literature also has its fair contribution in forming the national identity for Indians; writings of Rabindranath Tagore, Bamkin Chandra Chatterjee, Dadabhai Naorojio, Sardar Ajit Singh and other nationalist writers had a vivid influence on Indians and further enforced the idea of Nationalism.

The Nation that has its origin on the basis of territory but not religion, caste, language, or race has been fighting today over these fragmenting entities. The Nation that was formed upon belief in “Unity in Diversity” has been burning today to prove fragmenting concerns like linguistic superiority, religious supremacy, gender chauvinism, and political sincerity. The Nation, whose fore-founders dreamed of land with “SOVEREIGN SOCIALIST SECULAR DEMOCRATIC REPUBLIC” identity, today has been stuck in the vacuum, a vacuum: where Nationalism is falsely interpreted as hate for oppositions, oppositions of opinions and interest, where Nationalism has become synonyms as religious hate and intolerance, where Nationalism has been the “Hate” for “other” community. We have developed versions of Nationalism which rhymes with “partyism” and “bhaktism”. We as a “Nation” have completely ignored our territorial origin and rather diluted the history with our dictated religious myths, family legacies, chartered political notions and manipulated thoughts. In India, Nationalism and Nation Development have been two unparalleled ways. In the process of Glorification of past, we have completely ignored the Construction of the future.

This Independence Day let’s rethink our Nationalism and rebuild the “Nation”, the “Nation” that guides the world towards altruism.