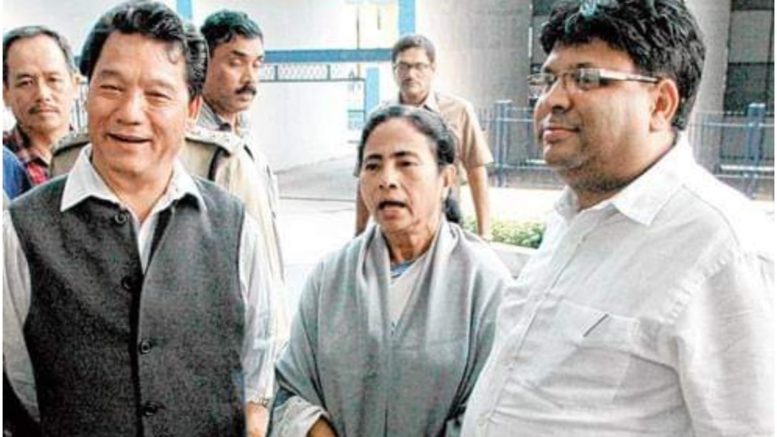 GJM-1 leader Bimal Gurung who was underground & on the run from the Bengal police for 3 years made a public appearance in Kolkata announcing his support for Mamta Banerjee (TMC), the same government who has slapped more than 150 cases against him and many others including UAPA for raising the demand of separate state.

Gurung said: “We were promised a permanent political solution for Gorkhaland. We were part of the NDA and made several pleas to the Central government to hasten the process. In the past six years, neither Prime Minister Narendra Modi, nor Union Home Minister Amit Shah, kept their commitments. We will now work hard to help Mamata Banerjee win the 2021 state Assembly polls. That will be a befitting reply to the BJP”.

It doesn’t take a PhD degree or eminent intellectuals to read and understand the current situation.

Bimal Gurung caved in and it was not for Gorkhaland or Jati. It was solely for saving himself and probably his party.

For the past 8 to 9 months there have been numerous posts and pictures on social media with TMC, GJM2 and GNLF reaching out to the public and mass converting them. How far the people are converted remains to be seen, but for now it is evident that the insecurity arising from loosing ground base support is what has finally tilted the scales for Gurung, making him ally with one of the most resented and hated political party in the hills – the TMC (this cannot be denied).

Of course, Gurung & Co. spewed numerous excuses for the decision. From BJP not fulfilling their promises, to holding Anit Thapa and Benoy Tamang responsible for the current situation to thousands of bistaphits’ need to go back home (incidentally the number stands at hundreds and not thousands actually).

But this also opens a whole lot of questions.

1. Why did Gurung run away in the first place ?

2. If Gurung returning to Darjeeling was all that matters, why the 4 years of drama?

3. As a leader, isn’t it one’s responsibility to forsee the paths that could unfold if the agitation went south? And if he called the 104 days agitation on a whim without thinking of the consequences, is he even fit to be called a leader?

4.Why did Gurung keep refusing talks with the State govt during the andolan? Wouldn’t it have solved matters then?

5. 3-terms the BJP have been given by the people of the hills, why wasn’t the same pressure applied when Gurung was reigning all supreme heading the GTA?

6. We will show the BJP, we will show the ‘dalals’ now.. Show them what? Revenge is not what the people crave for, they want a political solution and accountability, who is going to provide that?

7. “Alliance with the TMC but we will not give up on the mudda” How is that not even embarrassing coming out from GJM1 leaders now? As it places them in the same compromise boat as GJM2 leaders who support Mamta Banerjee and say we support Gorkhaland!!?

8. Blaming Harka Badhur Chhetri and others for convincing him to accept GTA/ Blaming Mamta Banerjee for GTA not being able to function properly/ Blaming ATBT for the failure of 2017 agitation and now blaming BJP for alliance with TMC. Do they think people don’t see a pattern here?

SEE ALSO:  ANYONE UP FOR HANGING - Them Syndicates of Yore
Powered by Inline Related Posts

9. Who is going to be accountable for the 11 lives lost, hundreds of homes burned, and thousands of Gorkhaland supporters beaten up to the point of death and mentally traumatized?
10.Who will stand accountable for the past and continuing fear and suffering inflicted on the people?

All this done under the orders of GJMs alliance partner TMC. Now Bimal Gurung publicly announces, he want to see Mamta Banerjee as the CM for the 3rd time? 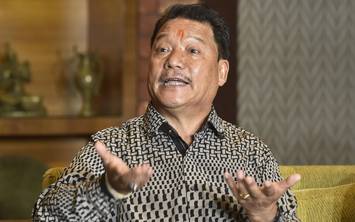 If Gurung and his fray are under the assumption that the MP & MLA elections reflected their stronghold, since it was won with overwhelming numbers because of Bimal Gurung.. Sorry to burst your bubble. The people en masse voted for BJP because the rest were all compromised with TMC.

Meaning – it wasn’t for love of BJP or Modi nor obedience to Gurung, it was because of people’s love for Gorkhaland and hatered for GJMs new alliance partner, the TMC.

GJM bosses may have forgotten the police brutality, repression and the countless human rights abuses, but the general public haven’t.

Bimal Gurung and his cronies may have forgotten that their new alliance partner TMC not only had them branded terrorist but has labelled all ‘Gorkha people terrorist with chinese backing’?

No official records exists, but the locals have numerous stories of how not even young school going children were not spared and beaten up by the police under the orders of GJMs alliance partner TMC for supporting Bimal Gurung who stood for Gorkhaland.

All in all, this alliance could probably mark the downfall of Bimal Gurung and his coiter. Nobody who betrays the Gorkha people will succeed for long.

If compromise was ultimately the decision it should have been done 3 years ago. A lot of lives, family, time, effort, money, would have been saved.

Bimal Gurung and his sycophants will do well to remember that if a leader like Subhash Ghishing was left nowhere after compromising with Bengal, rest are small fries.

Funnily enough they still have tall claims of keeping the ‘Mudaa’ safe, Gorkhaland will never be compromised on.

FYI they don’t. They lost the people and the Mudda with their unholy alliance with the TMC.

No people No Mudda.

In Turkey, 2016 they introduced a bill called “marry your rapist”. The bill would provide an amnesty for men convicted of statutory rape, provided that they marry their victim.
GJMs alliance with TMC at this juncture is akin to a rape victim being being married to her rapist as a settlement/ compromise/ negotiation.

Remember when such a practice is adopted in one case, there is danger of it becoming a norm in other cases.

Let us all take a moment to pray and hope that the end of GJM will mark the end to politics of selfishness and opportunism, and that we as a jati are spared of such turncoats in the future who know nothing else, but to compromise at the end for a handful of fish bones.