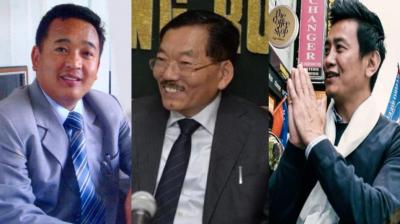 “ It requires an effort of logical acrobatics to believe that carnage of innocents is an instrument for freedom and elections are a symbol of deception and repression. ”

This statement of his has become quite relevant for the ongoing bye-elections in Sikkim this year for the three constituencies. Never has Sikkim witnessed such an interesting bye-election as people knew what was to come for them. Yet, we all wait to see the final results and get reassured that Atalji was correct in his analysis that elections are and will remain the mainstay of democratic India.

Being an academician I have been often asked in the last few weeks as to what the fate of the candidates would be. Perhaps, people felt that they would get a different perspective from my end. Well, my answer was pretty obvious and the regular one which everybody knew. Rather the normal Rhetoric. “…Ah, we know that already, but tell us what you personally think” They would goad me to dig a little deeper. It would be tough for me to explain that the ruling party does have a huge advantage but then it would be difficult to comprehend. The answer perhaps lies between the bylines and the undercurrent that the present Sikkimese masses are going through due to the obvious realities of alliances and the new narratives created by both the frontline regional parties juxtaposed to the rise of new independent candidates in the fray.

What we see and what we don’t!

The recent election results in May 2019, brought down the incumbent 25-year-old regime and the birth of a new government. Perhaps there were children born in these times and had never seen a different party. Sikkim politics had become too obvious and predictable in these two decades. This year it was however different.

But what continued after the election results were even more unpredictable and unprecedented. The switching over of political representatives had happened before but this type of blatant switchover in less than a hundred days had never happened and suddenly we had the central politics right in the middle of the turf.

New alliances were formed on both sides and arch-rivals, just a month back could be seen hobnobbing with each other. I am made to once again realize and accept the fact that- ‘Politics is the art of the Possible”. Politicians do have ‘reasons’ and I have no reason to disbelieve anyone. Half-Truths are also part of the Full-Truth. The full truth is what we wait to see and hear in the days to come. Being a close observer of regional politics in Sikkim and Darjeeling together with the Indian politics, This time round even I am left gasping for the real truth behind this switch over politics. I wait to find …someday!!!

One of the interesting features was the rise of a particular Independent candidate in the last election who had been denied a ticket by the ruling dispensation, going against the popular demand of the people of his constituency. What resulted was that he came a close second in that constituency which was quite unimaginable in terms of vote share by any independent candidate previously. Well, that is history!

But then there is a sudden excitement regarding some of the independent candidates this time around (especially in the two seats in east district) and it would be really interesting again to analyse the result after the elections. The main reason and their battle cry had something common, and that was to talk of the supposed ‘unholy’ alliance with a certain central party and to save the state and its special provisions from this party citing J&K. Well, there is much to understand here. I personally feel that it is always good for smaller states to stay with the dispensation at the centre than oppose it. The special provisions that were removed for J&K were totally done at the central level and in the floor of the house in Lok Sabha and Rajya Sabha. The state legislature had rather no role in the transition process. Hence, it is also imperative for the people of the smaller state to understand these nuances of central politics that though India is a federal set up we need to acknowledge the huge of the role of centre, both in terms of funds and security. The larger states like Maharashtra, UP, MP, Bengal etc have certain liberties as they have larger number of representatives going to the Parliament vis-a-vis states like Sikkim. The best option, however, would be to not flaunt and make these special provisions a national issue and attract eyeballs.

Sikkim is just a minuscule considering the great Indian electoral politics. It is always important to see the bigger picture which is playing out in the mainstream. In 1947, when India became a Nation-State, the consolidation of the new areas that suddenly came under the direct control of India was important to the Central Government. It was also imperative for the then government to erect new ‘Temples of Development’, support agriculture and industry, give an impetus to the alleviation of poverty, health and education. This was further made difficult by the constraints of the bipolar world politics, to remain nonpartisan in the cold war, fight the rise of extreme left-wing communism with China in our neighbourhood. The 90’s rolled in a new definition of global economy ushering globalization and liberalization policies and the new millennium is giving rise to further challenges. This, contrasted with the huge Hindu majority in India and the proliferation of new mode of communication saddled on the lines of social media where the relevance and efficacy of the fourth pillar being constantly jolted with uploads and downloads in the digital world is giving rise to new age politics. A politics where a veteran upright politician loses an election to a nouveau movie star or a TikTok artist is slated to win an election. Or a new party wins 96% of the seats to form a government in the heart of India. Times are changing and changing fast. We wait and watch the new age of politics to unroll further.

Writes: Satyadeep S Chettri. The writer can be contacted at satyazworld@gmail.com

SEE ALSO:  Kanchendzonga is like a Battle Gear and Armour for Sikkim
Powered by Inline Related Posts

Be the first to comment on "Sikkim: Bye-Elections 2019 and the Excitement"