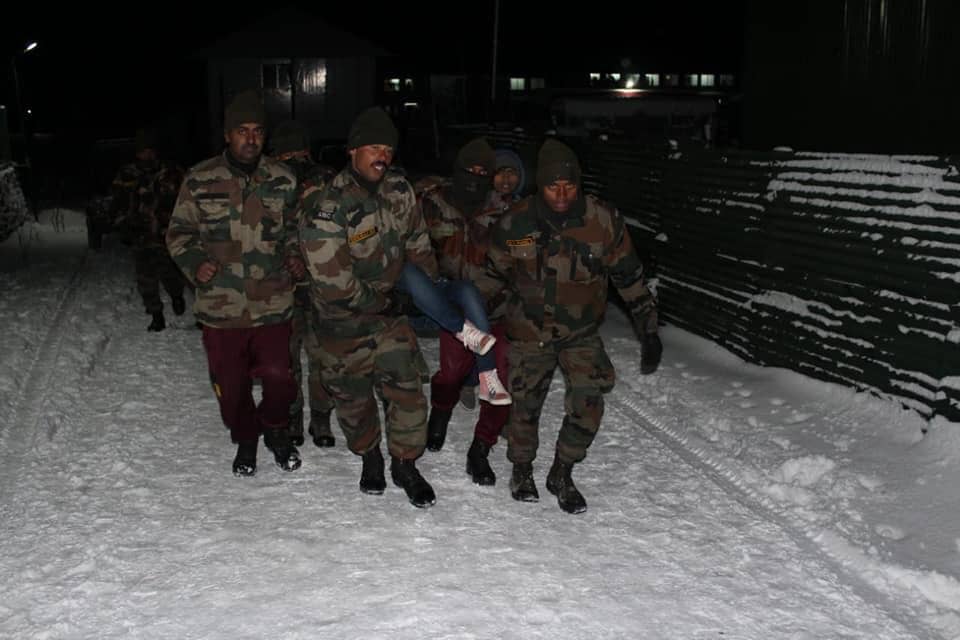 On Friday 28th of December heavy snowfall in the upper ridges of Darjeeling and Sikkim had left nearly 2800 tourists stranded. Completely cut-off, with biting cold that was starting to freeze everyone, they had almost given up hope. When the incredible jawans of our Indian Army launched the biggest rescue operation by the army in Sikkim’s recent history and saved them. The tourists, included elderly people and children, were provided shelter and food in army facilities. Among the tourists who were rescued, 90 people fell ill and were taken to safety in ambulances. One of our readers Aryan Ahmad who was present there and rescued from Changu lake by the army, following heavy snowfall in the region, wrote to us this short letter.

“I am Proud to share these pictures of our Army, they rescued 2800 people from Changu/Tsongmo lake and kept all peoples at there 17mile TCP camp.

I was too present and was the victim of this sudden snowfall, when people had lost all hope of remaining alive, at around 6PM our army launched a rescue operation whole night and rescued all the tourist who were trapped at Changu and nearby Maba Mandir.

Now I really don’t fear, for I know our soldiers are alive and with us. They shared their bed, sleeping bag and all stayed outside in -9° just to keep us safe and alive, words are not enough to thank them for what they have done for everyone, I just wanted the people here and across the country to know, I am really very grateful to them.” Indian Army: They not only rescued, but also cheered everyone up Indian Army: Making sure, all those rescued are warm Indian Army: They vacated barracks for those rescued