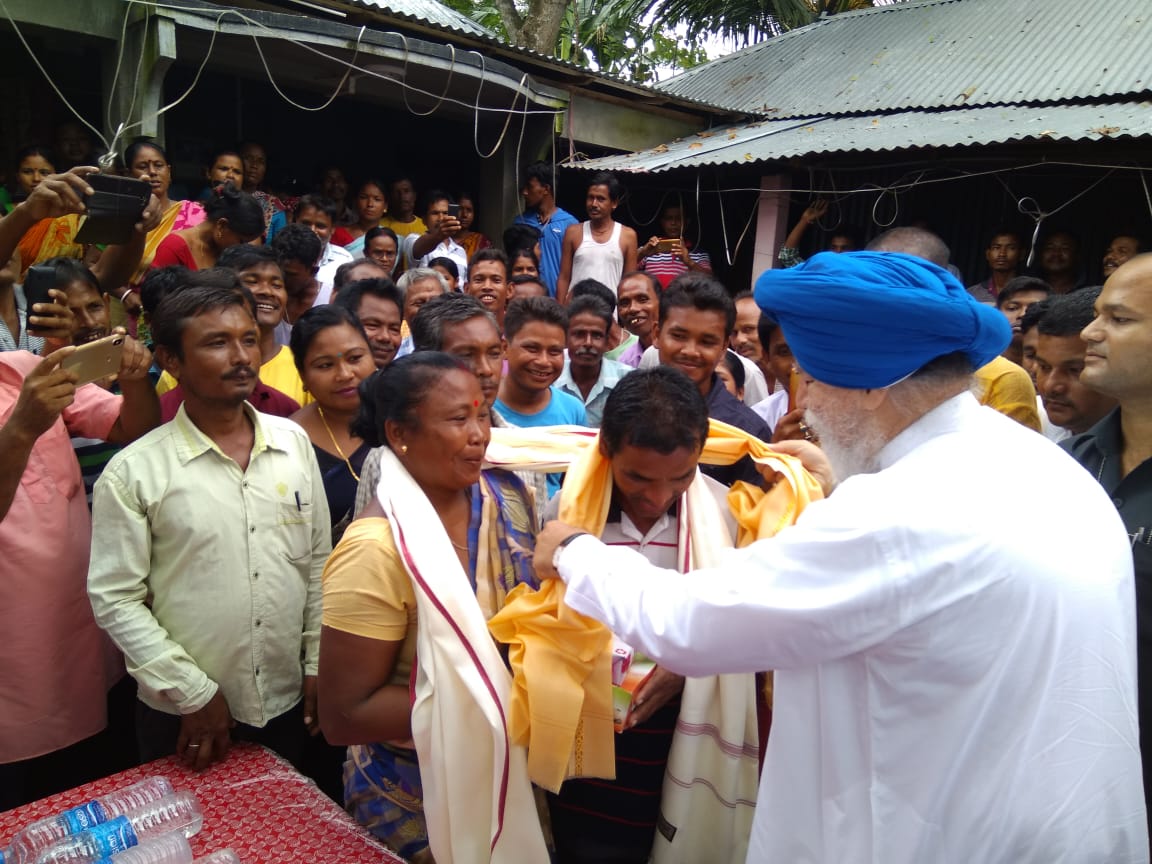 “Success has many fathers, failure dies an orphan” – Unknown.
The Gold medal performance of a young Rajbanshi athlete Swapna Barman from Dooars at the Asian Games, has brought many powerful and mighty to the doorsteps of her deprived home and village.
As a young athlete, Swapna had to struggle for everything, from not having enough nutritious food to eat, to not having the proper shoes to wear. She persevered, and so did her mother, who used to earn only Rs 92 per day in the tea gardens picking tea leaves, while Swapana was growing up. Her Mother Basana Barman still works in the tea gardens. The Barman family has struggled a lot, and almost no one till date had given them any support. They still live in a tin shack house. Swapna’s family have been trying to get SC certificates made for a long time, and have been made to run from one government office to the next.
But all of that changed overnight, once she landed a Gold.
As soon as her Gold was announced, WB Tourism Minister Gautam Deb rushed to her home on Thursday. Chief Minister Mamata Banerjee spoke to Basana Barman through mobile phone of state tourism minister Gautam Deb. The Chief Minister has assured the champion athlete’s family of all possible cares too. The family has also been told that Swapna for her commendable performances would be offered Rs 10 lakh and a government job.
On Sunday, Jalpaiguri Trinamul MP Bijoy Chandra Burman called on Asian Games winner Swapna Burman’s parents and promised them a house. Burman reached Swapna’s home at Ghoshpara near Jalpaiguri, along with Trinamul MLA Khageshwar Roy, and felicitated the athlete’s parents.

In his capacity as the chairman of the Rajbangshi Bhasa Academy, the MP announced that the body would provide a house to the athlete’s family. “We are all with you. We will extend whatever help you need,” the MP said. Burman then told Swapna’s mother, Basana: “The Rajbangshi Bhasa Academy will provide you with a house.”

SEE ALSO:  IN KALIMPONG: Resolve DI Fund Land Lease Issue or Face Agitation - Warn Residents
Powered by Inline Related Posts
Yesterday, Darjeeling MP and Union Minister of State for Electronics and Information Technology SS Ahluwalia, visited the residence of Barman and spoke to her mother and other relatives.
“On her return from Indonesia Swapna Barman would be offered Rs 30 lakh by the central government. She would also be offered a suitable job by the central sports ministry. On September 5 the Prime Minister Narendra Modi would be meeting Swapna and other athletes who have made the country proud with their mesmerizing performances,” Ahluwalia said.
The central minister also connected on his phone Basana Barman, Swapna’s mother with Central Minister for Sports. “Swapna is a national figure. She is a national icon who has held the head of the entire nation high. The central government would help her in all possible ways,” the minister said.
Meanwhile, Dipak Sarkar, a resident of Ghoshpara said “Leaders of different parties, mostly from Trinamul and the BJP, are visiting the athlete’s house every day. The block administration has started laying concrete mix to improve the road that leads to her house. The road has been muddy till date. We hope Swapna’s achievement would help improve the infrastructure of our area,”
The Jalpaiguri district administration has also taken up the task of handing over Scheduled Caste certificates to the Burman family.
“Earlier, they had been running from pillar to post to get the SC certificates. Now, they are sitting at home and the administration is doing the needful. Swapna’s success has changed it all,” said Krishna Burman, another resident.
There are thousands like Swapna in our region, who if given proper training, support and attention can conquer the world. The need is for these support to precede the success and not follow it.

GorkhaCheli on Twitter: A Darjeeling Woman with a Mission