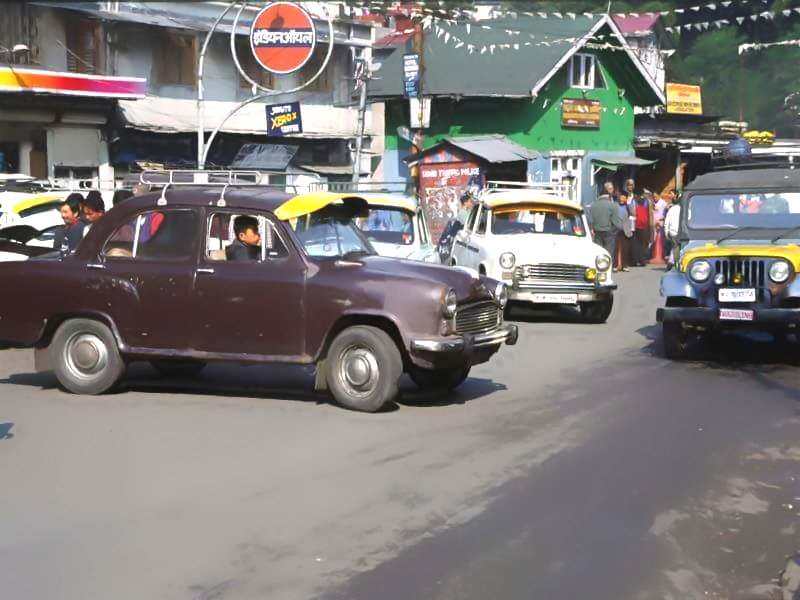 Growing up in the late 1980s and early 1990s was both simple and complicated.

Simple in that we didn’t have much option so we didn’t have to make complicated decisions that kids today are faced with. For instance we had one TV channel – Doordarshan, so it was very easy for everyone to decide what to watch – Chitrahar on Wednesday and Friday, Rangoli on Sunday mornings, Lata-Bahira ko news (news for the deaf and dumb) on Sunday noon, movies once a week etc.  We didn’t have to fight for the remote – heck we didn’t have remote in some TVs; so we didn’t have hardnosed discussions over what’s more important Cricket or Indian Idol.

But that same simplicity meant we didn’t have choices either, we had to make do with whatever we had. For instance, we were stuck with Krishi Darshan most days of the week. Doordarshan would begin broadcasting around 5 PM and end by 11 PM, and in the morning it would begin around 6 AM and end by 9 AM. We didn’t have TV broadcast all through the day, nor the 24 X 7 channels that kids have access to these days.

Among the limited choices that perhaps shaped our lives most was the limited number of vehicles that were there in Darjeeling.

Those who are from the town itself – like Darjeeling, Kalimpong, Kurseong, Mirik bazaar won’t perhaps understand this, but for those of us who came from the outskirts, having less number of vehicles was a blessing in disguise. Limited number of vehicles meant, most of the students from a certain area would eventually end up in the same vehicle, thus making a loose fraternity/brother/sisterhood among those who went to town to study. We all came from different socio-economic background, we all went to different schools, but we had to share the same vehicle, thus it allowed for us to mingle and get to mix with other students from other schools, making it easy for us to make newer friends later in life.

My earliest memory of going to school is of sitting in the Pira-seat in a Landrover. Not sure, how many of you remember but there used to be side facing seats in the Landrover, and the drivers would fit in a long stool (pira) in the middle, where two people would sit facing in the opposite sides. As a little child, I used to shudder at having to sit in the pira facing on a sunny day, cuz the inside of the Landrover would be cooking, sometimes accompanied by the musty smell emanating from fellow passengers up front.

Can you imagine how ridiculous it must have been for two people to be sitting with the backs touching each other? But no one took a note back in the day, for seat ma gaako would be almost four times the fare as pira ma baseko.

At times, the Pira used to be covered in cushion, which made the ride easy, but most of the times, there would be no cushion, it would just be plain hard wooden stool – Abuieee the torture of being bounced around, on a hard wooden stool, in a Gumseko gadi – halka paad ganaudai gareko on a hot day.

As a kid, we always wished for the day when we would grow up a little, so that we could go Hanging. For those unfamiliar with the term, Hanging meant to stand at the Tail-bot of a vehicle and complete the journey thus. To our young minds, Hanging offered a sense of freedom that sitting on a tool facing in opposite directions never would.

I think, the first time I came home Hanging was when I was in class 3.

Back then 86 ko andolan was happening, and schools would get shut down with no prior info. So we had to rush back home, vehicles were scarce to begin with scarcer still when such a strike was called. By the time we reached our stand/syndicate the vehicles were mostly running full, even the Pira was taken, so I had no choice but to go hanging. I can still recall that glorious day, when truly felt grown up and the freedom of being outside of a vehicle. Thankfully an older student from our school had me covered.

This is how it worked, a smaller kid would be standing on the tail-bot in the front and a senior would stand behind him, covering him. Though I was small and could only look inside the vehicle, but the thrill of hanging for the first time was something, I would gladly pay to experience again.

As we grew older, hanging became a norm, rather than an exception. Even on rainy days, we would prefer travelling that way.

Though hanging cost less than sitting in a vehicle, there were students who would try and avoid paying that discounted fare as well. As I look back, I can still see the faces of those nefarious few who would get down from the vehicle right as the vehicle was slowing down, just so they could run away and avoid paying the fare. There would of course be missteps and lack of judgement every once in a while, and someone or the other would get their chins decorated – ladera in an attempt to run away without paying the fare. But kids back then took such injuries to be something no less than a badge of honour, to be worn proudly the next day, for it gave them the bragging rights on how they survived the fall, while attempting to avoid paying the fare.

Those were the cool ones.

The drivers too were legendary, for they would try and avoid turning on the vehicle and run on neutral for as long as they can. At times, the drivers would tell those hanging to get down and push the vehicle a little – “bhai alik theli deu na… uuutyaa dekhin ta bagee halcha – just push till there, it will start to roll after that,” they would urge.

No matter who you were, everyone at the end of the day had to go to their respective syndicates to catch a vehicle to get back home. Among the most famous syndicates locally were Singmari, Lebong, Ghoom-Jorebungla-Dali, and Sonada. During the tourist season it used to be very difficult to get a vehicle, it still is. But we didn’t mind waiting. For waiting at a syndicate meant time to play season with others who were also waiting for a vehicle. For those who are not familiar with the Darjeeling Lingo – Season kheleko/khelnu or playing Season­ means to look at individuals of the opposite sex, and try and flirt with them.

I had to head to Ghoom-Jorebungla-Dali syndicate to get back home, and the best part of my day was to wait for a vehicle to come. Back then, there were a few pan dokan  and Cassette shops. The Cassette shops would be blaring with latest Bollywood music, which added the necessary background music in our quest of Season Khelnu.

So then, there was this group of three girls who were at Loreto Convent, who would always pass by while we were waiting for our vehicle. I am guessing they used to live in one of the government quarters above the Dali syndicate, but call it a coincidence, their time to get back home would always coincide with ours. The tall lanky one in the group caught my eyes, but  I guess I never caught her eyes, for she would never look at me, just as I was frantically trying to make an eye contact. Until one fine day, when the song “mir mire bihana, surya ko darshana tigerhill-ai ma” was playing, and she looked straight into my eyes and smiled.

Man I tell you, it was like how we say it in Darj – “mero ta hangsa le thau nai chodyo hola tyo din – my soul must have left my body”. From that day onwards, I tried catch her glimpse, but it never happened, and much like every other Darjeeling love story, mine also ended in a “Man manai love, man manai break.”

As we reached college, a little sense of self and fellow students had started to creep in; for we were teenagers no more, and “image” mattered. Going to college back in our days meant – Government College, Loreto College or North Point.

While LC was conveniently situated in the heart of the town, GC and NP students would have to travel towards Singamari. Majority of us walked, but every once in a while we had to take the vehicle to college.

Singmari lines was funny. It comprised of most ancient vehicles you will ever find. The drivers would squeeze every ounce of energy from every drop of petrol, and if they could, they would simply go neutral even when coming back to town.

One of the most legendary stories I have heard of Singmari ko Ambassador is this, one time an Enfield bike happened hit a Singmari ko gadi from the front and its dicky (boot of the car) fell off harey. That poor bike rider had to pay for the body repair of the whole vehicle harey.

In our college days, we had heard this story of this brave girl who was told to exjhis and sit next to the driver on her way to the college. It was said that though the driver made her feel very uncomfortable, she didn’t complain. But once she got down, she left without paying the fare, and when the driver asked for the fare, she simply turned around and said, “daju kuina mai sulyo la”.

Such were the charms of our days of growing up.

Today when I see children being sent to school in pre-determined cabs hired by their parents, I feel both happy and sad. Happy, they won’t have to worry about getting or not getting the vehicles, and sad, that they won’t ever get to experience the sense of freedom we all had, the lessons we all learned, the sense of fraternity and brotherhood, which they will of course get to experience, but not in the same way as we did.

Anyone up for Hanging? “Development” Vs. “Gorkhaland” – What Are You Voting For?

2 Comments on "ANYONE UP FOR HANGING – Them Syndicates of Yore"