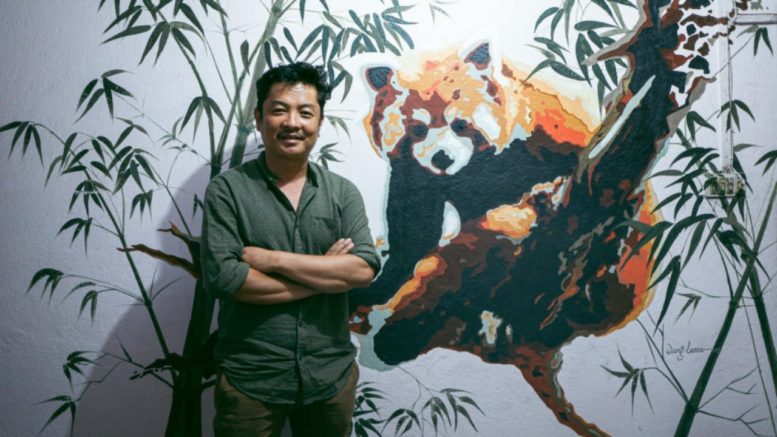 Dayahang is one of Nepal’s acclaimed film stars. He will help us raise national awareness of this endangered species and a rising threat to their survival — the illegal red panda trade.

“We are thrilled to work with one of the most popular actors in Nepal,” says Ang Phuri Sherpa, RPN’s Country Director. “We are very hopeful that he will bring our red panda conservation message to a wider audience in Nepal, as well as India, and Bhutan.”

Dayahang is also eager to help RPN’s mission. “I grew up in a remote village in eastern Nepal. I spent my childhood feeling very close to nature but I was never aware that our area is blessed with the presence of this beautiful animal.”

Highway and White Sun are Dayahang’s internationally successful films. White Sun was selected as the Nepali entry for the Best Foreign Language Film at the 90th Academy Award and was premiered at the 73rd Venice International Film Festival. He has received three national awards for Best Supporting Actor in 2009 for Dasdhunga and Best Actor for Sambodhan and Kabaddi Kabaddi in 2014 and 2016. Dayahang has acted in 40 Nepali movies including Kabbaddi and Loot which are some of the most popular. He is also very active in Nepali theater; acting in 33 plays, and directing and writing over a dozen more.

“I am fortunate to be a part of this noble effort to conserve our national treasure. I will try my best to contribute to the conservation of red panda.”

Ashwin Kanan: From Darjeeling to Bollywood

Be the first to comment on "CHERUB OF THE MISTS: Actor Dayahang Rai Joins Red Panda Conservation Efforts"