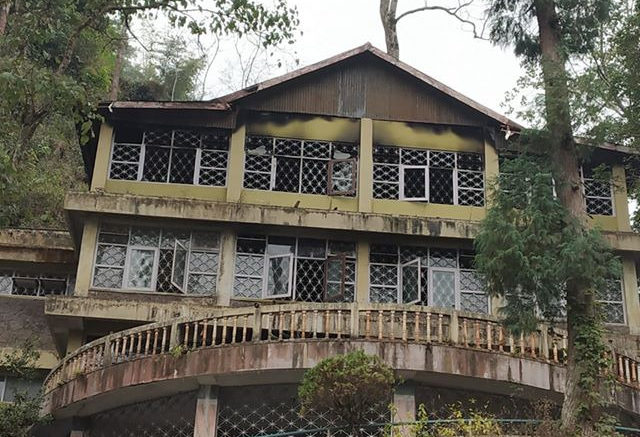 
A visit to Darjeeling always brings back memories of home and childhood adventures. My recent visit to Darjeeling was as beautiful and memorable as it always has been. However, there were a few questions that raised to my confused mind – Is Darjeeling moving forward or are we stuck at the same place while the rest of the world is progressing ahead?

With family, we first decided to visit the famous Rock Garden, one of Darjeeling’s most mesmerizing tourist spot, managed by the Gorkhaland Territorial Administration (GTA). We were enjoying the scenic drive along the Hills, but were suddenly jolted by heavy turbulence for almost 1 km from the beautiful spot. The broken washed away by the monsoon rains was slippery, waterlogged, and full of pits. It brought back childhood memories of riding the Bullock Cart, just like a rocking cradle, with all passengers choreographically swinging as the roads demanded.

The next stop was the Chunnu Summer Falls, a site dedicated to one Gorkhaland movement ‘martyr’ and inaugurated by Late Subash Ghisingh. Though filled with emotions for the sacrifices made by the people for Gorkhaland statehood, I could not help notice the condition of the roads, torn everywhere.

The Rest House there had marks of ‘Khukuri’ cuts everywhere on the walls and doors; broken window panes, and shattered window glass everywhere. Feeling curious about the pathetic condition of the rest house, I mustered up some courage to ask to a staff about the neglect. Hesitatingly, making sure no one was around, the staff replied “Oh this is the Price of Gorkhaland movement 2017 when local goons broke and cut it in provocation of one leader Daju’s order. The crowd said thousands of rest houses can be constructed once, Gorkhaland, the 30th State in Union of India is achieved.” What a shame that Darjeeling’s heritage and properties was being damaged and vandalized by our own leaders.

Next, we paid our visit to Gangamaya Park, named after another martyr of Gorkhaland Statehood movement in 1986. The condition of the part was equally disappointing, severely lacking care and neglect. Some locals said that seasonal leaders rule Darjeeling with seasonal support from Kolkata. When one Valley doesn’t support a leader or party during its tenure, the punishments can be felt on the development of that valley.

One question that comes to mind – Why Development in Darjeeling has to suffer because of the vengeful politics of our Gorkhey local leaders? Such instances of petty politics make us understand the wisdom, knowledge and farsightedness of our leaders who are supposedly leading us towards statehood.

The last destination in our itinerary was Bijanbari. On the way, I notice how the road from Marybong to Pul Bazar was another such victim of vengeful seasonal politics. The entire trip has left me in a state of shock, pain, and made me question the politics of Darjeeling Gorkha leaders. This episode had made me question the politics of the West Bengal Government and its Chief Minister Mamata Banerjee who had promised to make Switzerland out of Darjeeling. And not to forget the new GTA leaders like Binoy Tamang, whose only promise after the 2017 agitation was Development of Darjeeling and Gorkhaland region. Whatever happened to those promises, but it time our leaders rise above their petty personal politics, seasonal enmity, insecurities, and vengeful politics in the Hills.