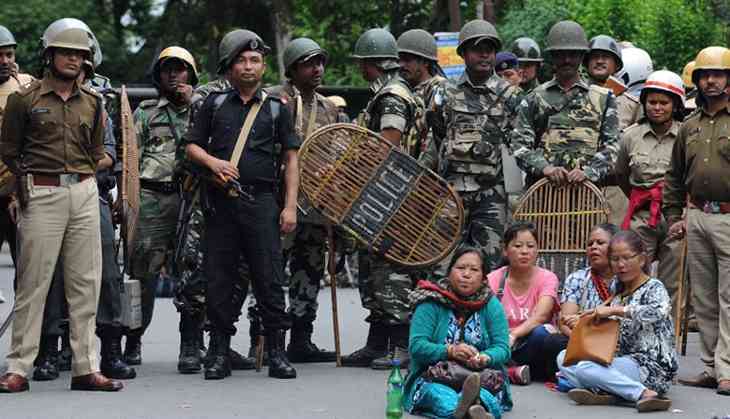 
The buzz words in Darjeeling these days are ‘Development’ and ‘Permanent Political Solution’. The politics of permanent political solution is understood by one and all, but ‘development’ is perceived as apolitical narrative and an end to all the political problems of the region. The purpose of writing this article is to deconstruct the common understanding of the term ‘development’ and thereby show how it has been used to stress on a change in the direction desired by the state utilising resources available to a political unit.

White Anglo Saxon anthropologists have categorised societies from an evolutionary prism. They have placed their own societies as advanced and modern while others as primitive, uncivilised and devoid of progress. The idea of development was intrinsic to this conception. Tylor equated the position of social evolutionists as ‘the development theory’.

Dependency theory states that the failure of the Third World States to achieve adequate and sustainable levels of development resulted from their dependence on the advanced capitalist World (Scott 2014). Andre Gunder Frank in Capitalism and Underdevelopment in Latin America (1969) has argued that the Third World was doomed to stagnation because the surplus it created was appropriated by the advanced capitalist countries through their numerous agents.

Contextualising Darjeeling in these paradigms of development we witness that it has been treated as a “primitive society” which needs to be developed, by the succeeding political parties who come to power in the state of West Bengal,  not in the manner how people desire but in the way the state sees appropriate to fulfill its political aspirations. As a consequence the development model followed pertains to unplanned infrastructural growth. Roads are built which cannot stand the first monsoon, digging the middle of pristine chowrasta, constructing buildings blocking views of the mighty Himalayas thus destroying the beauty of the place. Holistic and sustainable development has completely gone amiss.

There is complete lack of social justice. Employment is in shambles. In the name of employment, people are recruited as casual and temporary workers, the wages of which does not facilitate a life of quality. Health care services are in a pathetic condition and for almost everything one is referred to hospitals in Siliguri. Most importantly in the name of development, people are subjected to cultural and linguistic imperialism.

Looking at Darjeeling from the perspective of Frank, it is subjected to economic exploitation. Our natural resources are exploited. The people are forced to become dependent on state government because of this exploitation. The economic surplus that is produced through tea, trade and tourism and not to forget hydro electricity is appropriated by the state. Darjeeling does not get proportionate return from the state, what the tea Garden workers get is rupees 15 per day for the 105 days strike. Is this the development the denizens of Darjeeling aspire to, where the social, cultural, political and economic capital is exploited by the state?

The by-election scheduled on the 19th of this month has given the people an opportunity to choose between the ‘development’ which renders them dependent on the state or to free themselves from the shackles of exploitation.

It is a choice between ‘development’ and a ‘permanent political solution’. Choose rationally so that our future generations have a say in how our affairs are managed, and who manages it.

[Writes: Dr. Binu Sundas. He is an Asst Professor of Sociology at Miranda House, Delhi University]

Be the first to comment on "‘Permanent Political Solution’ or ‘Development’?"