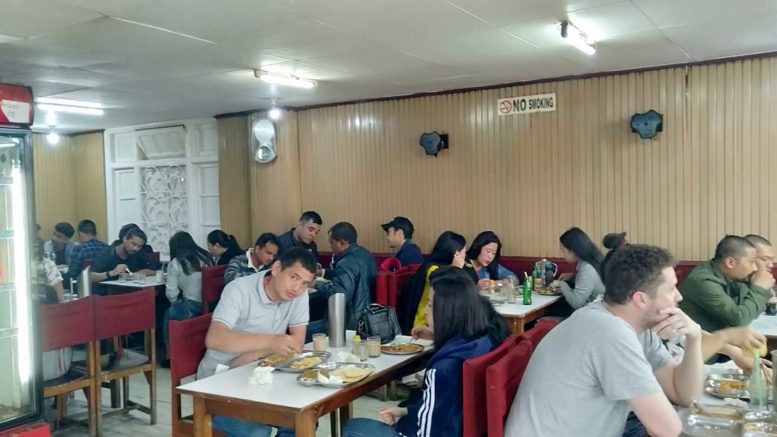 
Can the yearning quest for the things unknown be satiated by a simple cup of Tea?

This got me thinking, that I’m stuck here with virtual reality even to have a simple conversation which again is no conversation, but a series of imaginations. Also maybe a realisation how this pandemic has actually curtailed my freedom of subconscious yearning for knowledge and knowing things, which could only be found while having a physical conversation and proximity, or the space that is created effortlessly even over a cup of Tea.

If generally, people were not yearning for that space probably they wouldn’t be investing so much of time and energy over tea, which practically is not the entrée and yet it holds immeasurable significance.

It was Anthony Giddens who actually spoke about this space that is created over a ‘cup of coffee’. In trying to make us understand what sociological imagination is, he mentions how when seen from a sociological perspective it becomes more than a ritual adding to the social construct.

In his theory of structuration, he mentions that ‘the basic domain of social sciences is neither the experiences of the individual actor, nor any form of societal totality but social practices ordered through time and space’ (Giddens 1984).

Now, coming from a place where every grandmother has played the role of a “seed keeper”, nurturer of not just the family but to the whole of the community with its rigorous process in becoming the tea Garden labourers and finally today making it known to the world for its tea production, Darjeeling the queen of hills, space has always been given the utmost importance. This space although dynamic is cultivated over a period of time and we can say that it differs from culture to culture.

Like I mentioned earlier, culturally I’m embedded to have that pride of having Tea plantations and to have known its process of production and in local sense, have that sharing amongst us.

One of the social practices that I have often seen is, people getting relaxed over a cup of tea; it is the time for them to have a conversation on various topics, topics which sometimes makes no sense yet it provides that energy to laugh and even discuss it later. Culturally we provide tea at any time to whoever makes a visit to our place, and we are more than happy to do that probably also because we are looking for that space.

But with sudden call for alertness, to distance ourselves from each other, making us more conscious of our every movement, somewhere it has disturbed the process of social construct of building relationships. It is a ritual for us to drink tea and have that space for interaction, learning, knowing which subconsciously satiates our yearning for knowledge, has now changed into being more of a conscious effort added with anxiety.

It has therefore changed the existing pattern of interaction, communication and has disrupted the process of social construct.

The proximity that we enjoyed in having a conversation, with expressions and body language being the filler, has now been replaced by robotic imitation such as emoji’s that we use in most of social media platform. Technological glitch is now filled with robotic gaps curtailing human expressions to be the fillers in conversation have brought about some form of change.

SEE ALSO:  The Bravest of the Brave
Powered by Inline Related Posts

So the question is how many of us have really adapted to virtual communication without losing the essence of really understanding the emotions as we would do it in person?

This again directs me to the change that we have adapted in terms of educating our students. The mode of education has changed from classroom setting to the online classes which are a rapid change where again humans have shown our ability to mould ourselves to the need for the change. The inevitability of change is quite evident, but how far have we been able to cope with it without disrupting the balance or without having any negative impact on the social construct of relationships and interaction? is questionable.

We are so used to living our lives with the existing pattern, that this sudden change with no proper remedy has definitely made people anxious and again we are always yearning for knowledge, always curious and there being change in the pattern of communication, have made a greater impact even to our simple act of having a cup of tea among our own people.

We all have directed towards technology and are greatly dependent on it.  We are equally fascinated with its multitasking ability. The technology has thrived so much that people without its support have faced difficulty in coping with situations such as the pandemic today. According to the Indian Express report, published on June 17th 2020, twenty eight people committed suicide during lockdown, which again brings before us the question of relationship between – advance in technology and it’s contributing to the social interaction process for having better relationships.

Factors could be many, but the ground reality of the change in the pattern of social interactions and its resultant stress also remains undeniable,

Since we are dealing with pandemic which almost seems insidious, (at least in my area which is a village) and with my anxious family members, cousins and relatives who live nearby and who often sneak in and out like rats from each others houses have shown a tremendous amount of anxiousness first, followed by curiosity and finally some amount of calmness over this five-month with a simple cup of Tea to drink on.

The interaction was evidently helpful since the whole of the community got together in making our Village COVID 19 free by making arrangements for migrating people, by sanitizing the whole village, also distributing ration to the needy in a very organized manner, and taking all safety majors which could only be done with a certain amount of proximity to control the situation.

So next time, do not miss on any of the Tea invites, what if that becomes your kind of space you are subconsciously yearning for!!

[Writes: Sumina Chettri – The author is a lecturer at Salesian College, Sonada]